Endangered Sawfish: New Strategy Released as Global Protection Proposed for the Recovery of the World’s Most Endangered Marine Fish

Durban, South Africa. June 5, 2014. The Shark Specialist Group (SSG) of the International Union for Conservation of Nature (IUCN) is today releasing a global strategy to prevent extinction and promote recovery of sawfishes, which have been devastated worldwide by overfishing and habitat loss. The strategy is the result of a workshop held in May 2012, which was funded by the Save Our Seas Foundation (SOSF) and attended by 29 sawfish experts from 11 countries who developed a global sawfish conservation vision, goals, and list of prioritised actions. The strategy is being launched at the Sharks International conference in Durban and coincides with announcements that two West Africa countries — Guinea and Guinea Bissau — are proposing the listing of sawfishes under the Convention on Migratory Species in November, which could significantly boost protections. 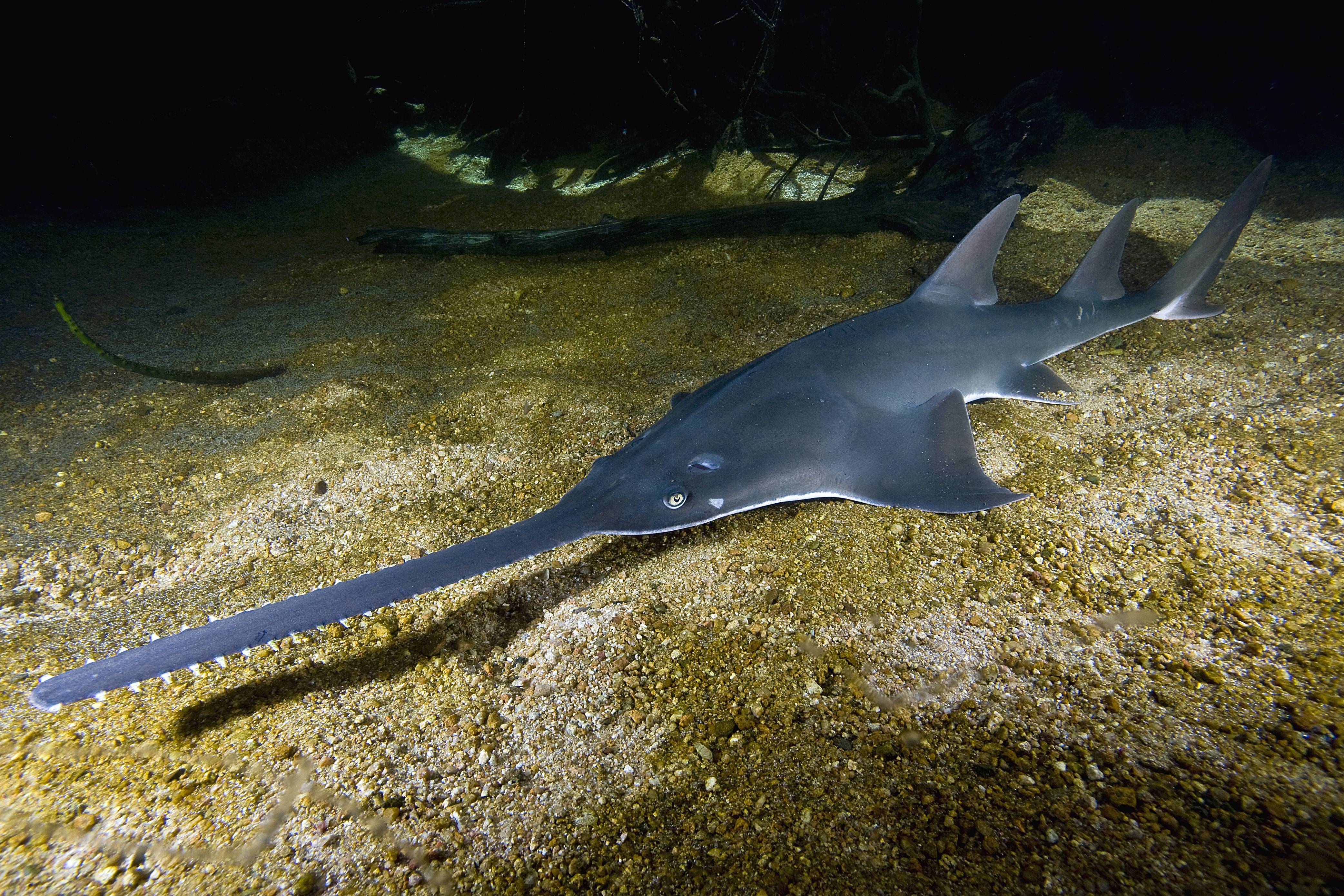 “The sawfishes, revered for millennia by coastal cultures around the world, now face greater extinction risk than any other family of marine fish,” said strategy co-author, Dr. Nick Dulvy, who led the SOSF funded workshop two years ago and serves as IUCN SSG Co-Chair. “With this comprehensive strategy, we aim to reignite sawfish reverence and spark conservation action in time to bring these iconic species back from the brink.”

Sawfish — warm water, shark-like rays characterized by long, toothed snouts (“rostra”) — are the largest of the rays, reaching over seven meters in length. Once found in the coastal waters and rivers of more than 90 tropical and subtropical countries, all five species are today classified as Endangered or Critically Endangered on the IUCN Red ListTM. Mortality from targeted and incidental fishing is the main threat to sawfish. Their rostra – which they use to detect and wound prey – are easily entangled in many types of fishing gear, particularly trawls and gillnets. The destruction of key habitats, such as mangroves, also poses a threat to sawfish survival. 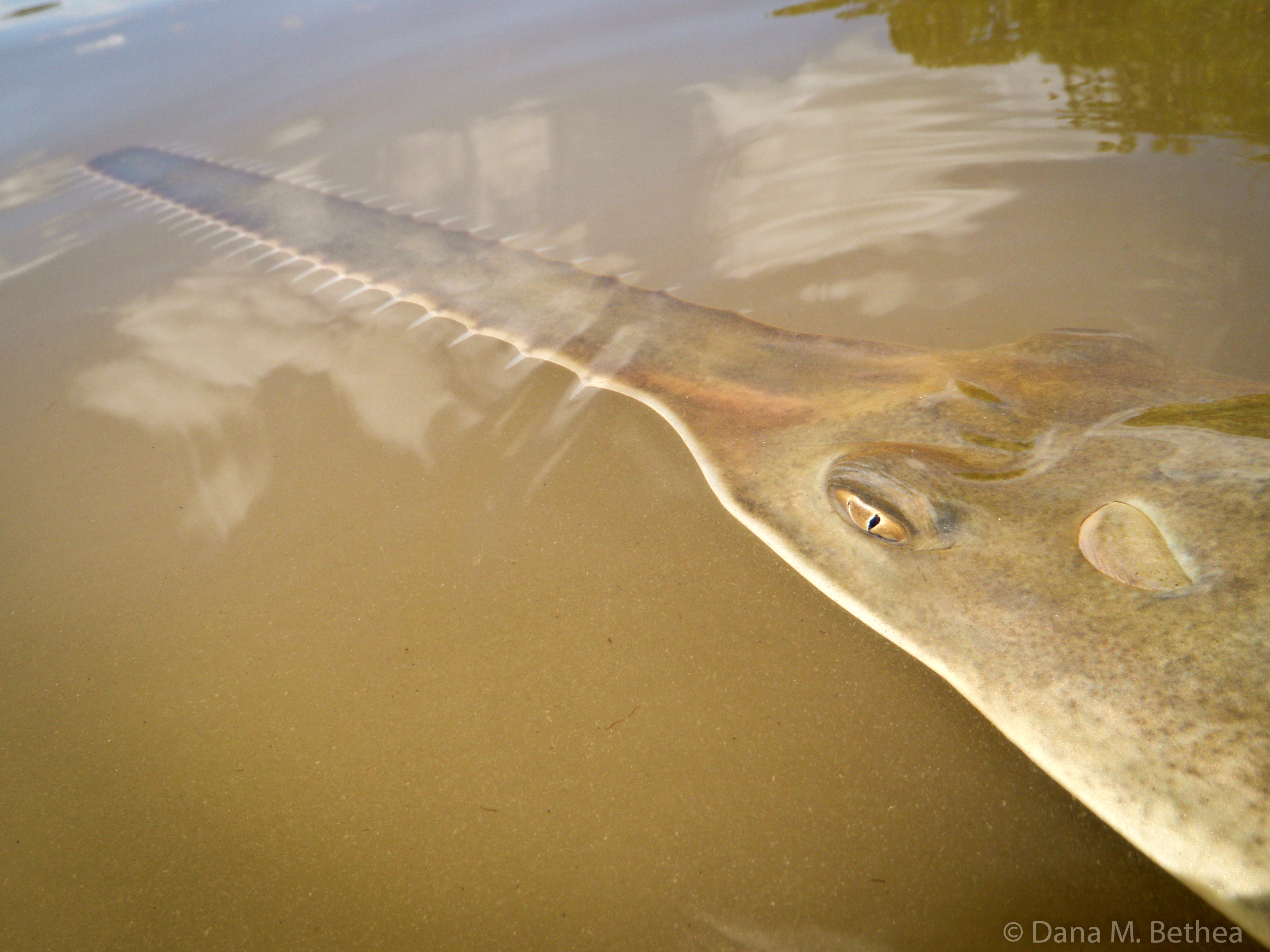 “Although these species are perilously close to extinction in many regions, there are some fairly simple ways to help populations recover. For example, we know that sawfish can actually survive capture quite well if handled properly, and hence, basic education of commercial, subsistence, and recreational fishers is central to our conservation strategy,” said Dr. Colin Simpfendorfer, IUCN SSG Co-Chair, Professor of Environmental Science at James Cook University in Queensland, who led the development of the US recovery plan that has improved the status of smalltooth sawfish in Florida.

To compliment an existing ban on commercial international sawfish trade through CITES, the Strategy calls for national and regional actions to prohibit intentional killing of sawfish, minimize mortality of accidental catches, protect sawfish habitats, and ensure effective enforcement of such safeguards. The document also lays out actions associated with effective communications, capacity building, strategic research, and responsible husbandry, as well as fundraising to ensure implementation. 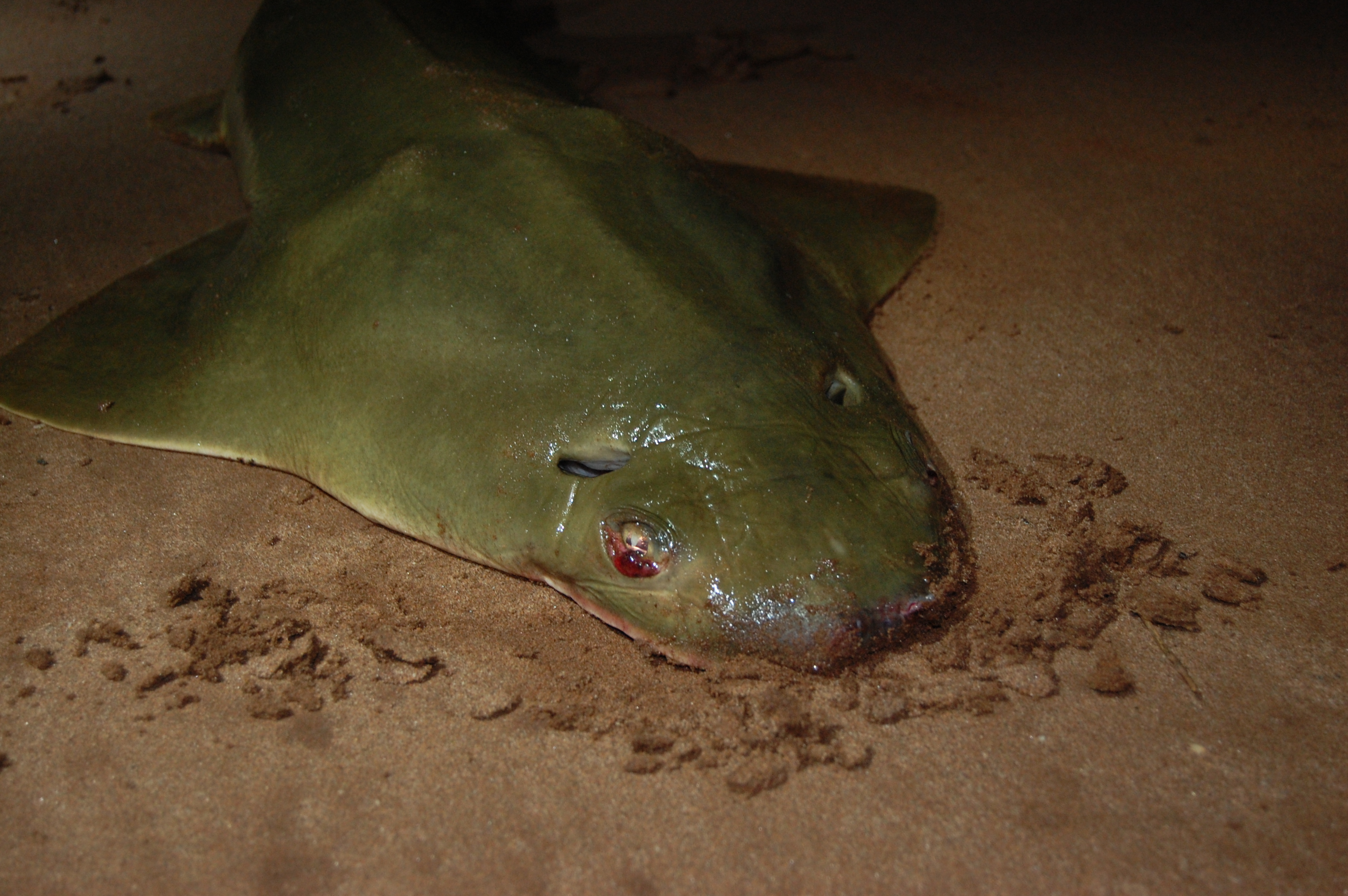 Since 2013, SOSF has funded project leader Armelle Jung who has carried out an important, regional sawfish conservation program in West Africa, including the countries of Guinea and Guinea Bissau. Sawfishes have a rich cultural history among the peoples of this region and the project aimed to use public outreach and education to reconstruct the former and current distribution and abundance of sawfishes. The project has also trained local fishermen in the safe release of animals caught as bycatch.

“Over the last decade, sawfish conservation policies have greatly improved in several countries and globally, but much more action is urgently needed to safeguard these magnificent animals,” said Sonja Fordham, IUCN SSG Deputy Chair and President of Washington, DC-based Shark Advocates International, a project funded by SOSF. “We are extremely pleased that Guinea Bissau and Guinea will propose sawfish for listing under the Convention on Migratory Species (CMS), as this treaty offers an excellent framework for prompting national protection in many priority sawfish range states and for implementing our global strategy on a regional basis.” The Save Our Seas Foundation will continue to prioritise projects that aid in the conservation of sawfishes at multiple levels. “SOSF recognises that research organizations need to work hand in hand with expert groups like the IUCN SSG and Shark Advocates International if they are to influence policy and promote the conservation of important and unique animals such as the sawfish. This neglected shark family requires more urgent attention than most of the better-known species. We are very excited that the West Africans are proposing global protection for these animals through CMS,” says SOSF CEO Michael Scholl.

The Sharks International Conference is funded by the Save Our Seas Foundation and the South African Department of Economic Development and Tourism and features multiple presentations on sawfish biology and conservation by experts from around the world.

Sawfish feature prominently in folklore from places such as Panama, Papua New Guinea, and Borneo. They have been particularly important to West African cultures, where they symbolize justice and appear on regional currency. Sawfish rostra are universally valued as curios and have been used in traditional medicine in many countries including Mexico, Brazil, Kenya, Iran, India, and China. The rostral teeth are prized as cockfighting spurs in Latin America and the Caribbean. Sawfish meat is consumed in some places; sawfish fins are exceptionally valuable for shark fin soup in Asia. The species also serve as popular aquarium attractions.

Under the United Nations Environment Program, the Convention on Migratory Species (CMS) provides a global platform for the conservation and sustainable use of migratory animals and their habitats. For the threatened species listed on CMS Appendix I, CMS Parties strive towards strict protection, habitat conservation, unobstructed migration, and control of other factors that might endanger them.
CMS has 120 Parties, most of which will gather in Ecuador this November to decide on proposals for listing additional species. http://www.cms.int

The IUCN SSG Sawfish Strategy was made possible through funding from the Save Our Seas Foundation, the Mohamed bin Zayed Species Conservation Fund, and US NOAA Fisheries.