ARTivism for our oceans

ARTivists unite to give the oceans a creative voice

Beyond the curation of purposeful, ocean-themed public art, Sea Walls Santa Cruz featured weeklong public programming designed to help facilitate an ongoing relationship between the Santa Cruz community, the murals, and their environment. Activities such as youth outreach, waterfront cleanups, mural walking tours, and a film screening made it a well-rounded experience for all ages.

Save Our Seas Foundation was honoured to participate in the Sea Walls Santa Cruz event as their conservation partner, sponsoring the event and a mural by artist David Rice. David’s work melds together an organic style with graphic overlays, which combines a mixture of the natural world with a geometric (manmade) presence. This combination speaks to how instead of only a natural world existing, or one that is only manmade, the two can coexist harmoniously if the dominant party yield to this cohesive existence. David was the perfect fit for the Save Our Seas Foundation mural, which aimed to bring awareness to human impact on sharks. Sharks, on average, are responsible for fewer than 10 human fatalities annually; humans, however, kill over 100 million sharks every year.

‘Sharks have been given an unwarranted stigma in our society as monsters that are out to get us, when in fact, they are just like any other animal on our planet. My goal for this mural was to take the shark out of a dark, ominous marine setting and place it in surroundings that are more familiar to us such as the iconic California poppy flower. Removing the boundaries that separate us, I hope to show that we are all part of a larger ecosystem. Our success as a species depends on the wellbeing of our oceans, and healthy oceans need healthy shark populations.’ 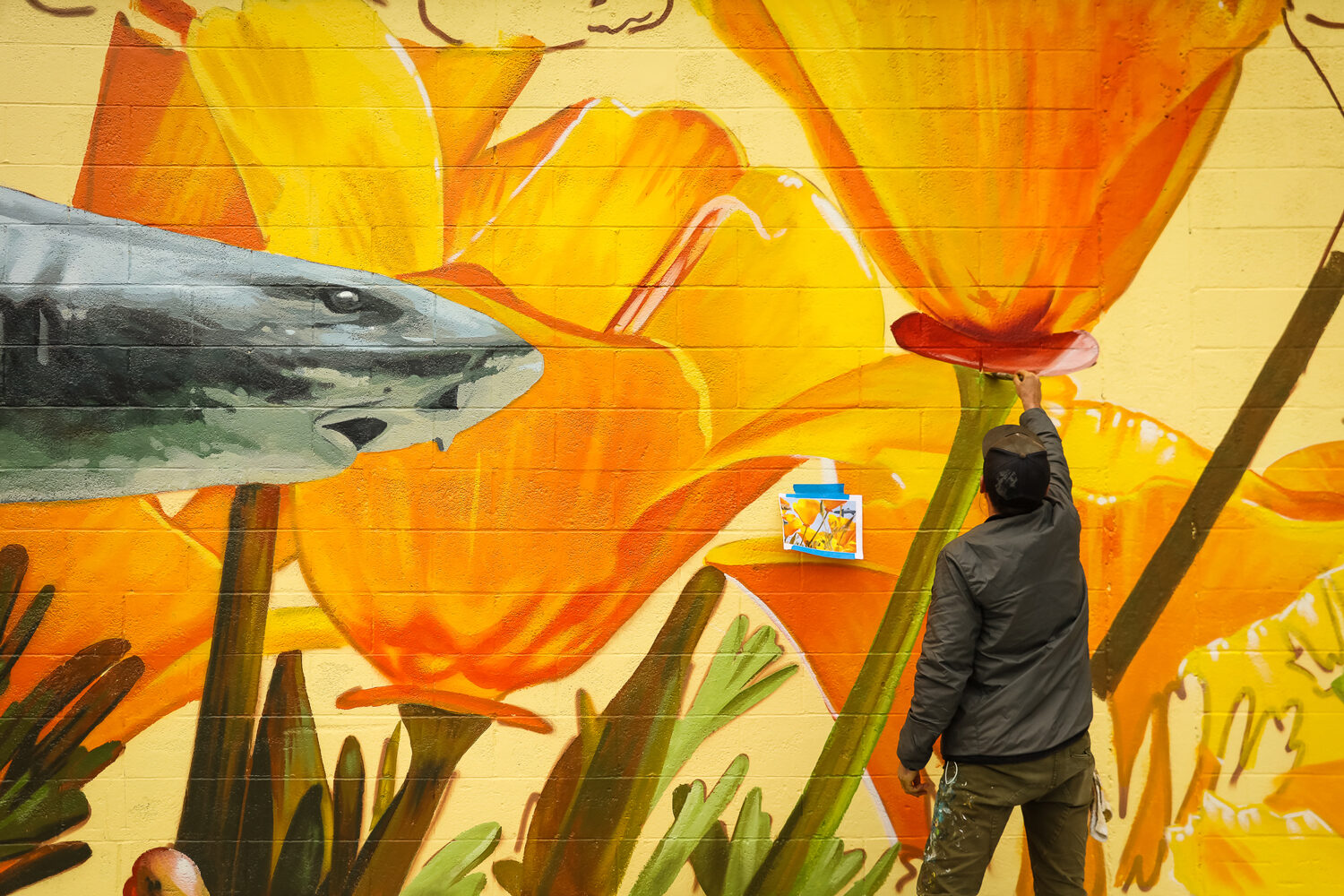 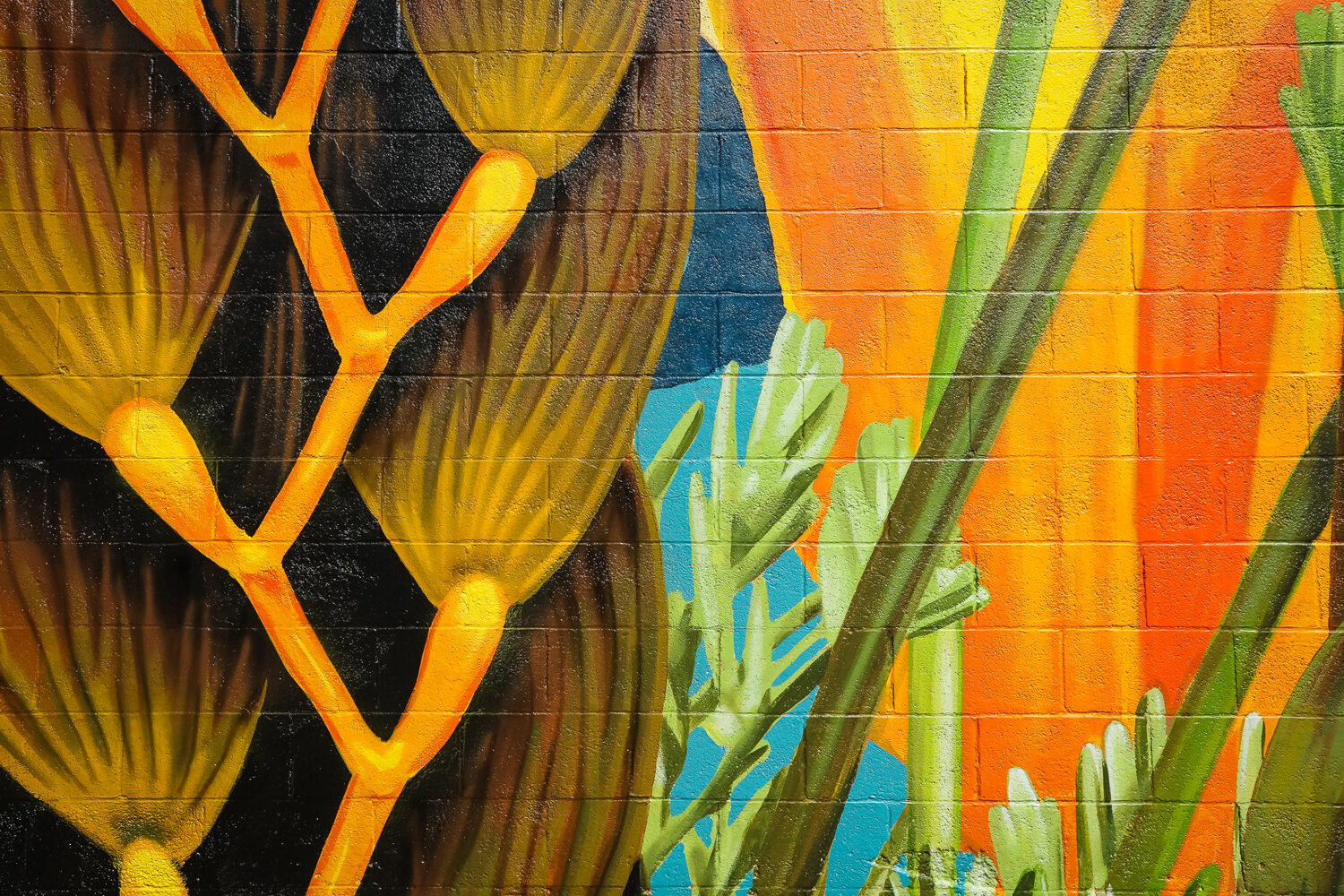 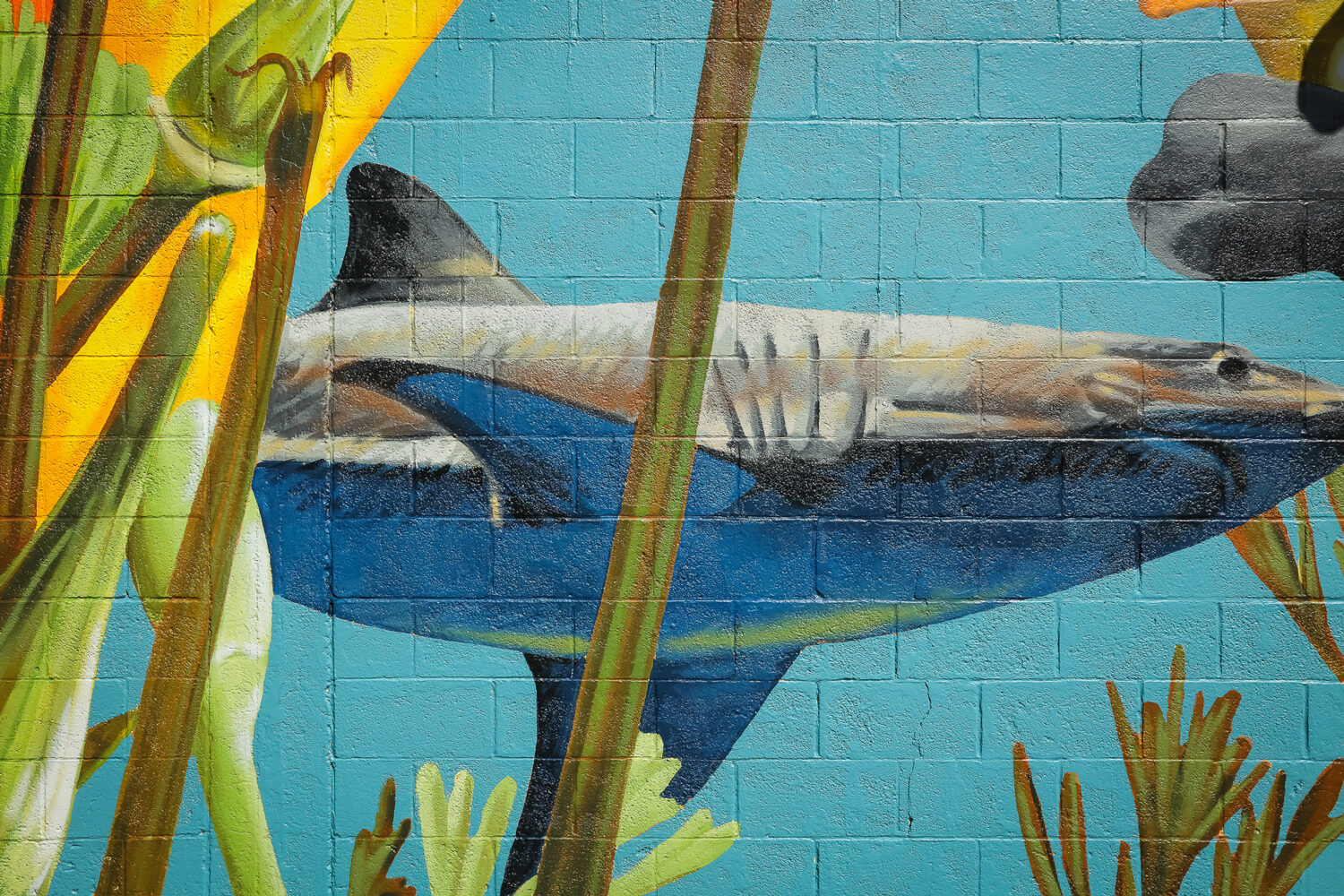 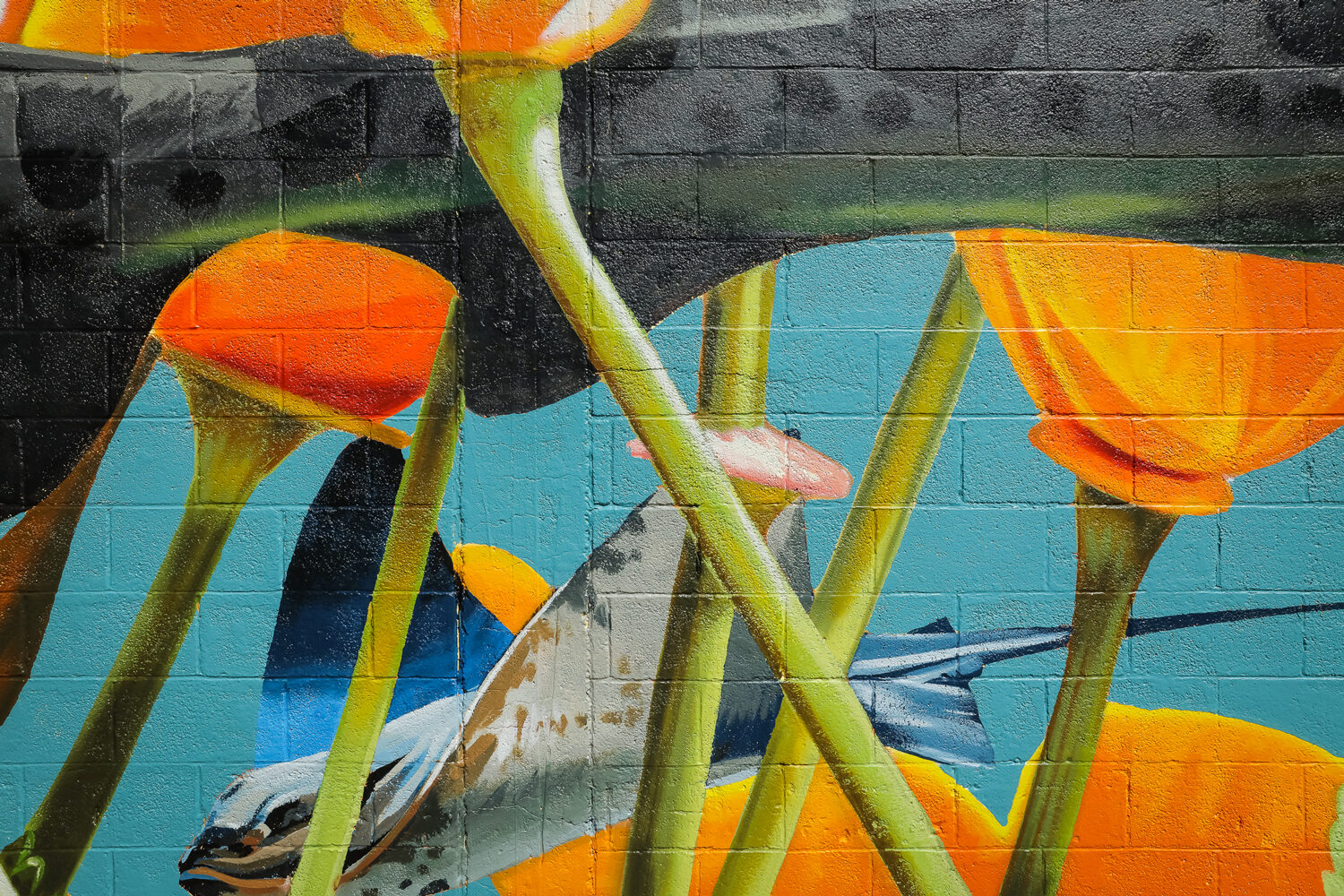 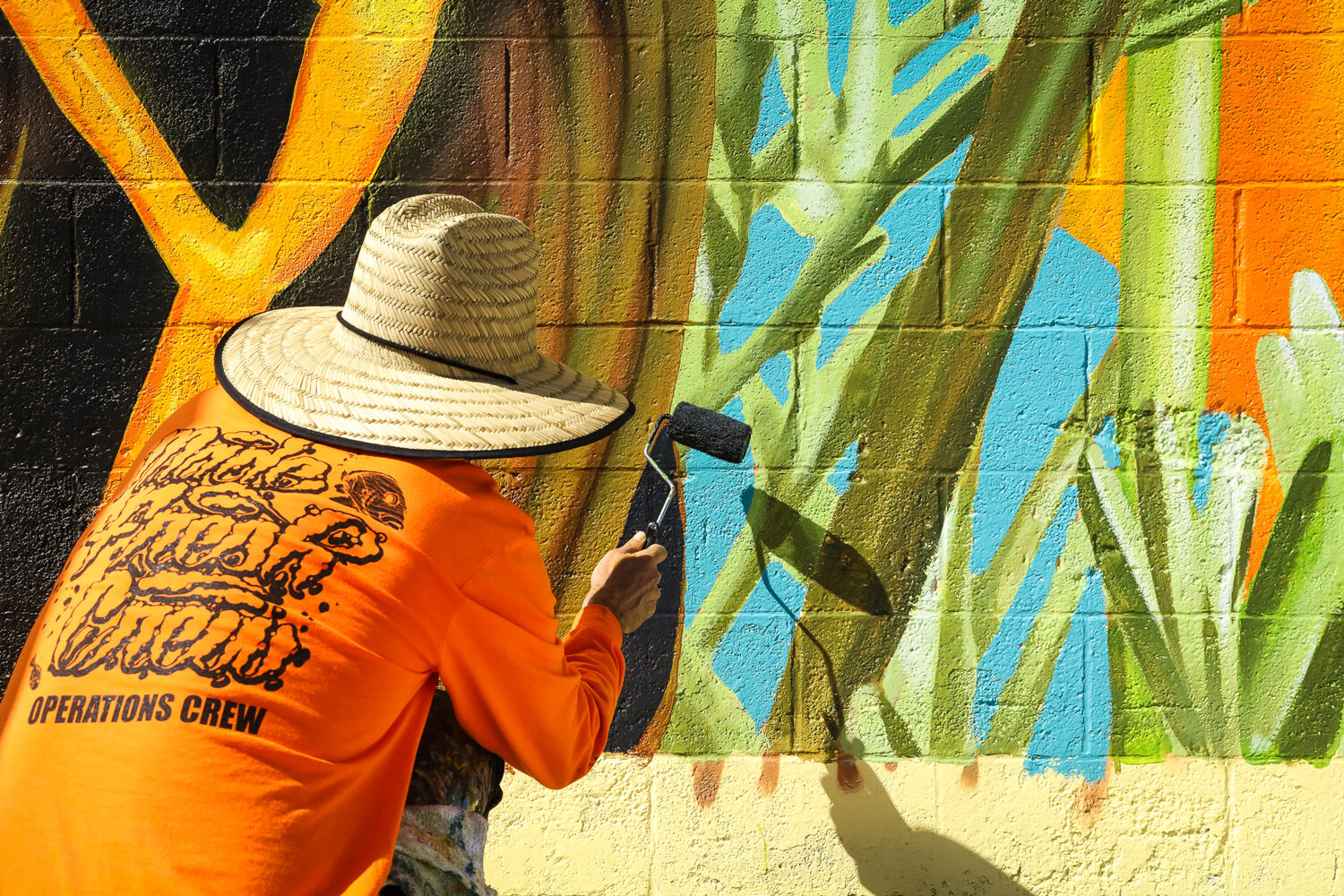 ‘Art has the power to transcend language and resonate with people in a way that no other medium can. We are delighted to have been able to partner with PangeaSeed and David for the Santa Cruz Sea Walls festival to speak for the sharks and celebrate our ocean’s natural wonder on these public canvasses,’

– James Lea, CEO of the Save Our Seas Foundation.

Sea Walls Santa Cruz 2021 wrapped up on 18 September 2021, but the positive impacts of the murals will ripple throughout Santa Cruz for years to come, fostering a new generation of ARTivists and ocean-positive change.