Anglerfishes are so-called because, like their human counterparts, they use a lure to attract their quarry – a glow that pierces the murky depths to draw prey into striking range. Yet little is known about the species diversity of anglerfishes, even though they are some of the most spectacular denizens of the deep ocean. To help clarify how many anglerfish species there are, and to help researchers to identify them, Prof. Mahmood Shivji of the DEEPEND Consortium and Save Our Seas Foundation Shark Research Center is using large-scale DNA sequencing to develop diagnostic barcodes of the anglerfishes in the Gulf of Mexico.

But now these deep-sea fishes are shining a light in an unexpected direction: into the future of transplant medicine. For many of the 168 species on the anglerfish roster, mating involves tissue fusion. The dwarf male – sometimes no longer than a grain of rice – attaches to the female, a bruiser by comparison. In extreme cases, everything from the skin to the circulatory system is shared between mated animals. Permanently dependent on the female for nutrients, the male lives out his days as a hitchhiking sperm donor.

Exactly how these fishes manage such anatomical melding without being rejected by a mate’s immune system has puzzled scientists for decades. But a team led by researchers at the Max Planck Institute of Immunobiology and Epigenetics (MPIIE) in Freiburg, Germany, may have found the answer.

Vertebrate bodies distinguish ‘self’ from ‘non-self’ with direction from a group of genes called MHC genes. The expression of these genes is like a cellular fingerprint, either sneaking past or alerting another organism’s intruder scanner: the adaptive immune system.

Some animals are able to ‘sniff out’ a well-matched mate by honing in on a potential partner’s MHC status. ‘There were some examples of these anglerfishes that had very large nostrils. So I thought, yes, this must be it,’ says Dr Thomas Boehm, an MPIIE immunologist and co-author of the study.

The team sequenced the genomes of 13 anglerfish species, expecting to find MHC-matched mates that, like genetically identical twins, would be able to swap tissue without triggering an immune response. ‘But that wasn’t the case,’ says Boehm. ‘So then we wondered, what’s going on here?’ A deeper dive revealed that some anglerfish species have opted out of adaptive immunity altogether, lacking the genes that are critical to making both new antibodies and ‘killer’ T-cells. 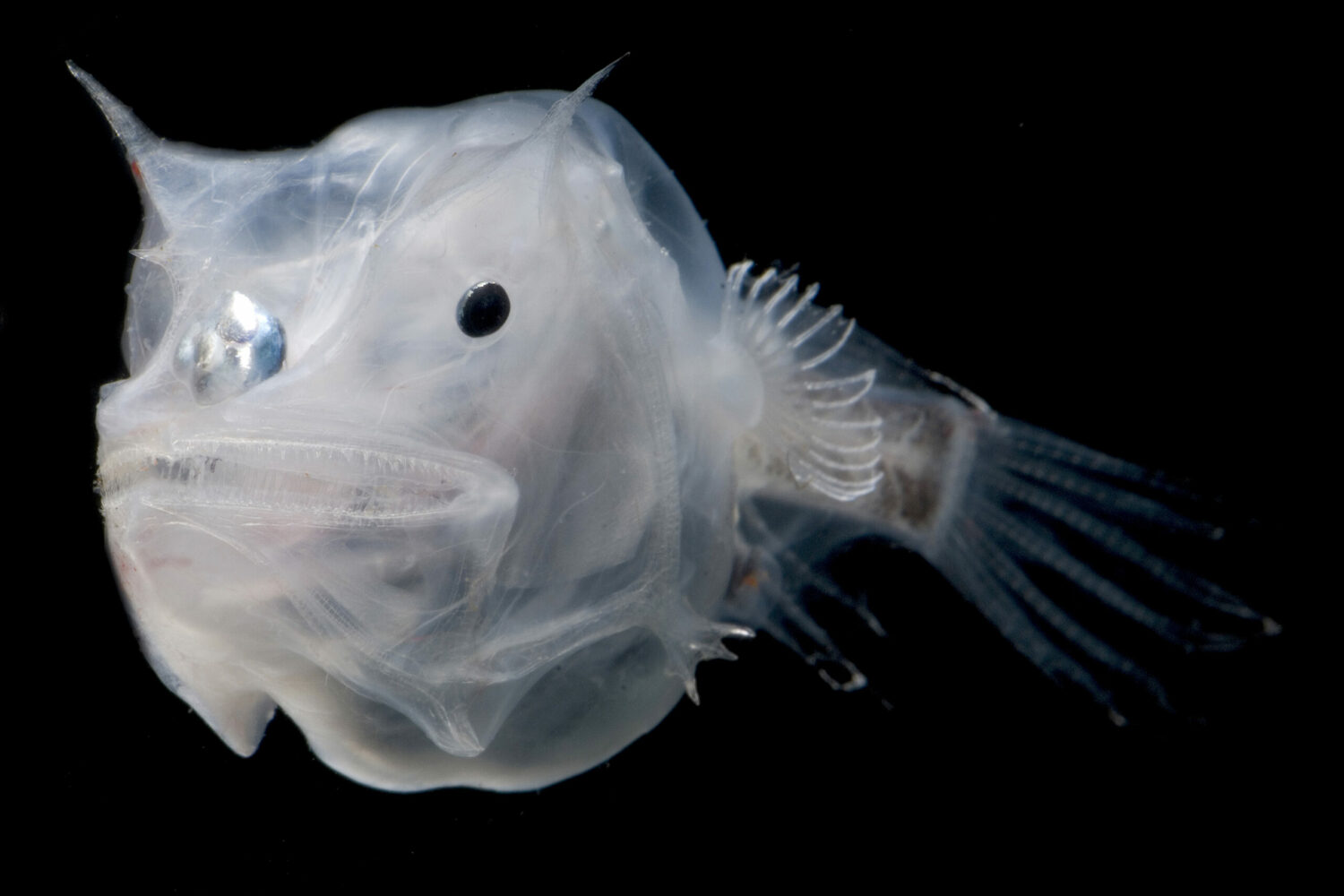 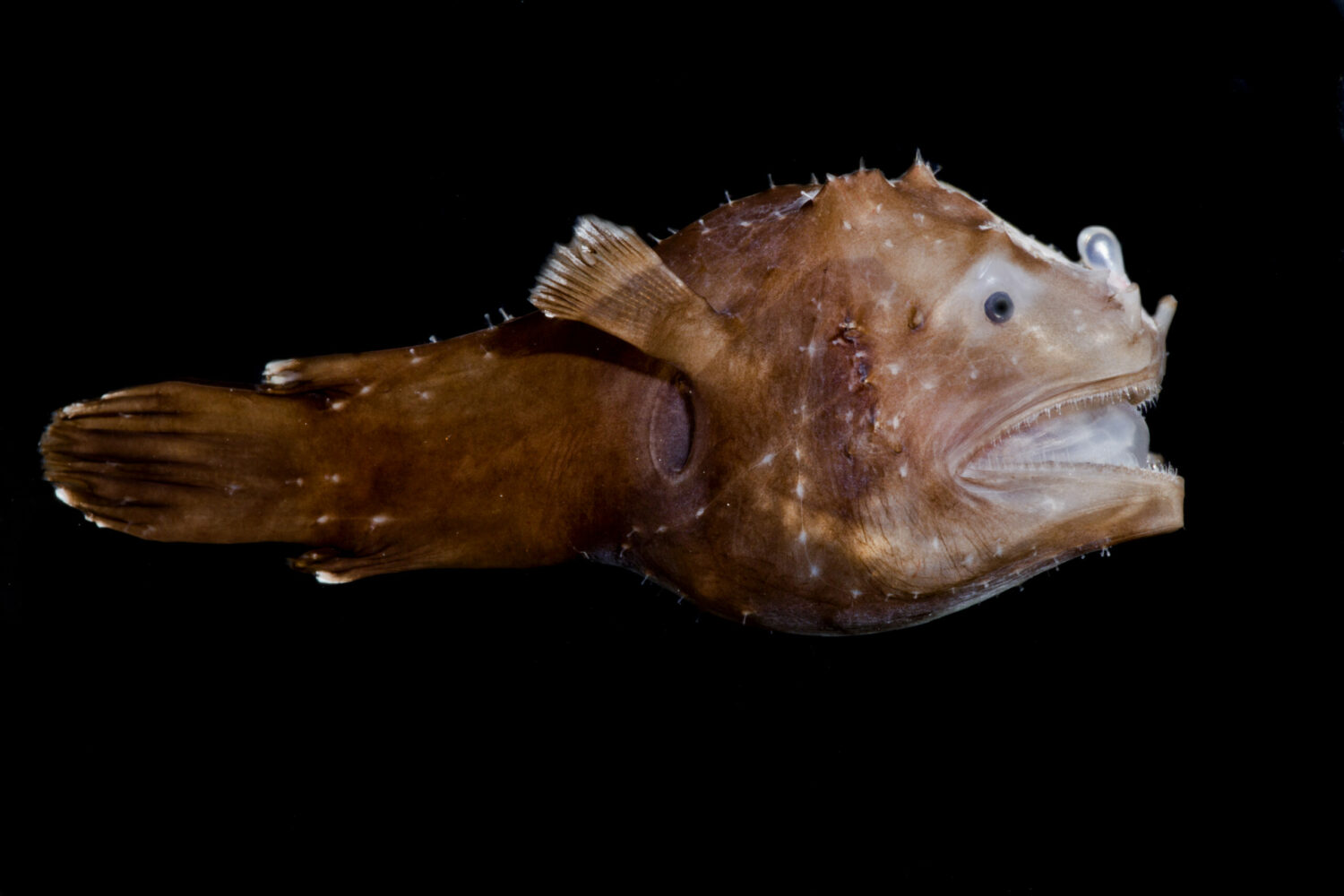 The deep sea, and its diversity of otherworldly anglerfishes, are helping us unlock new medical insights. Photo © Danté Fenolio | Deepend 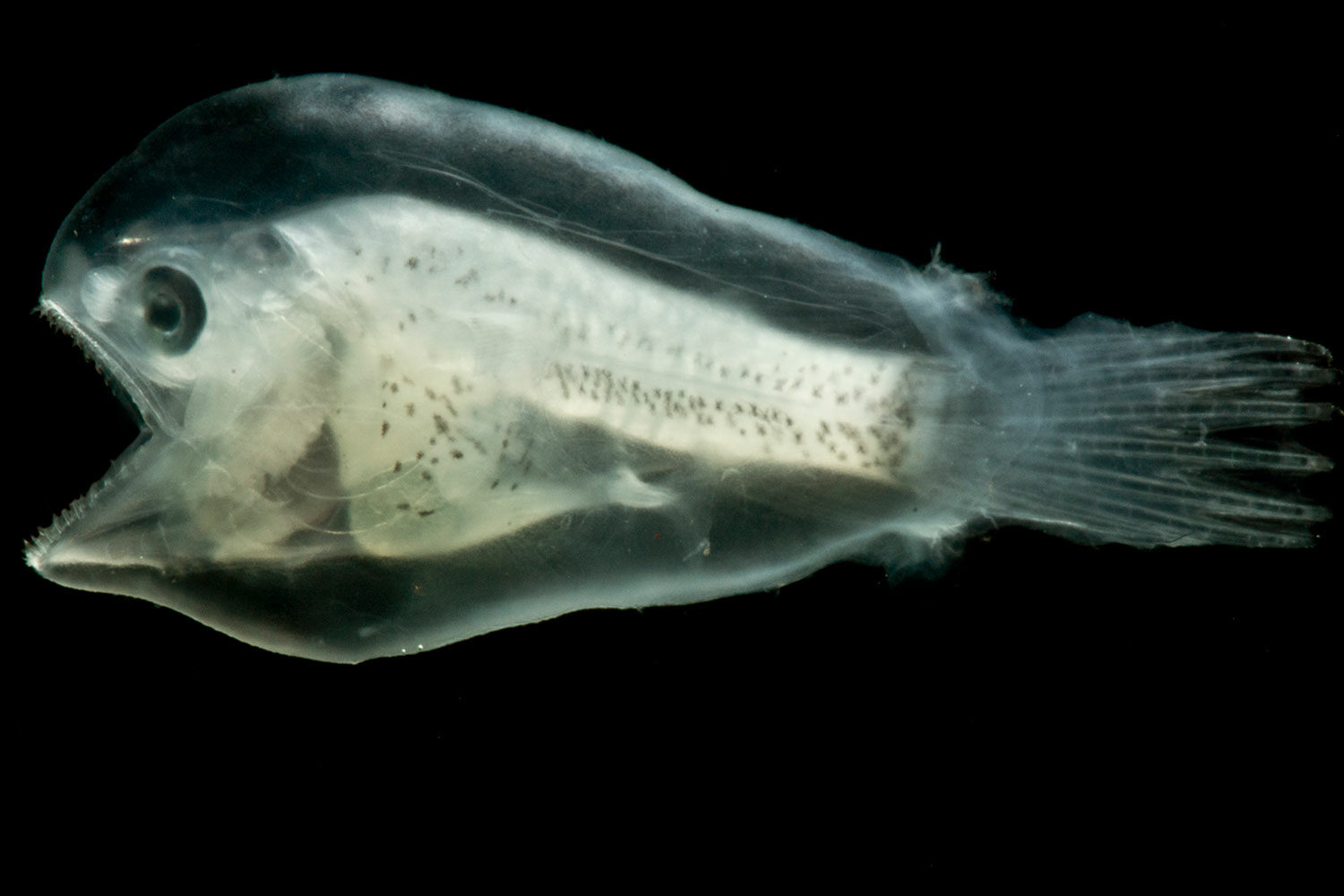 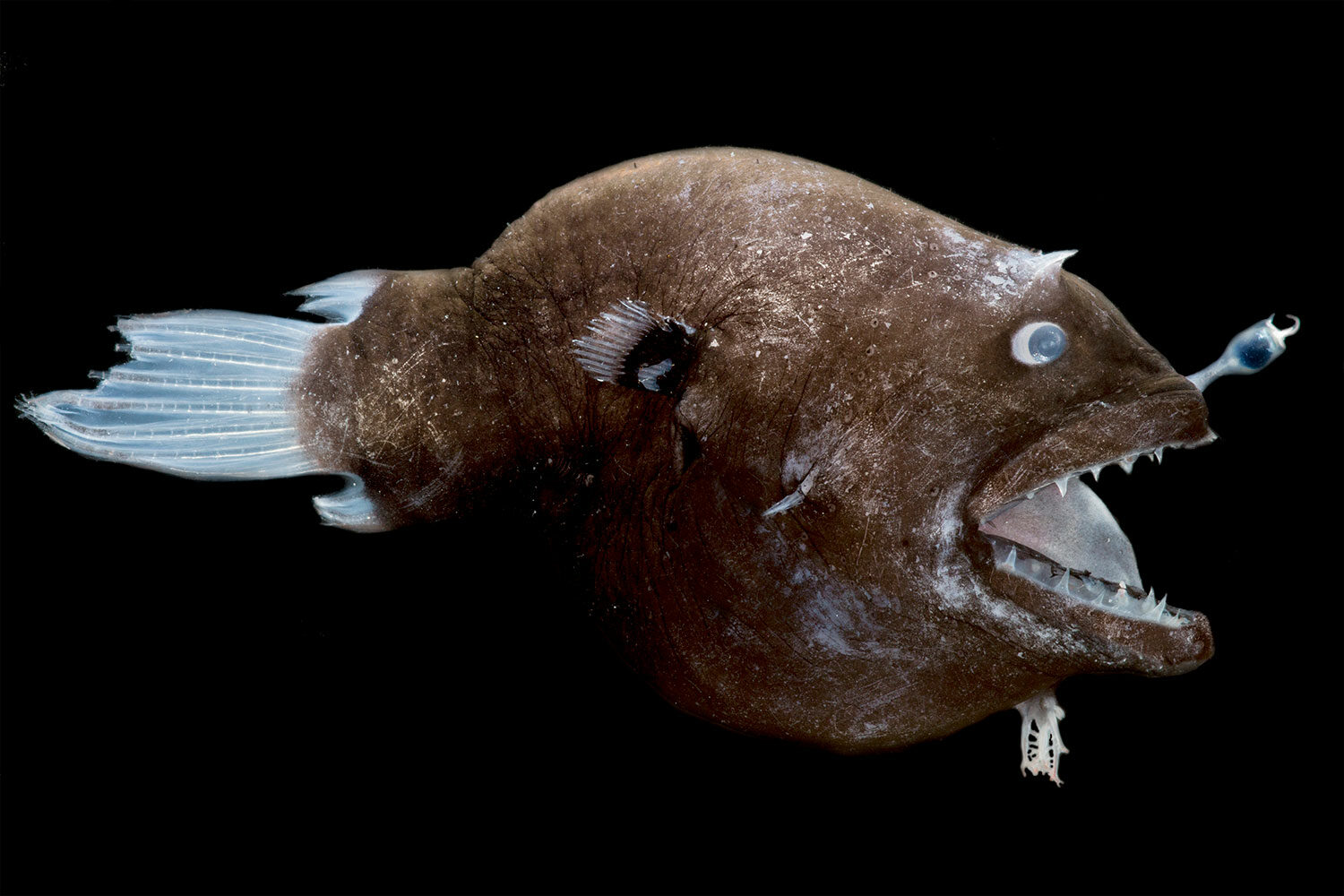 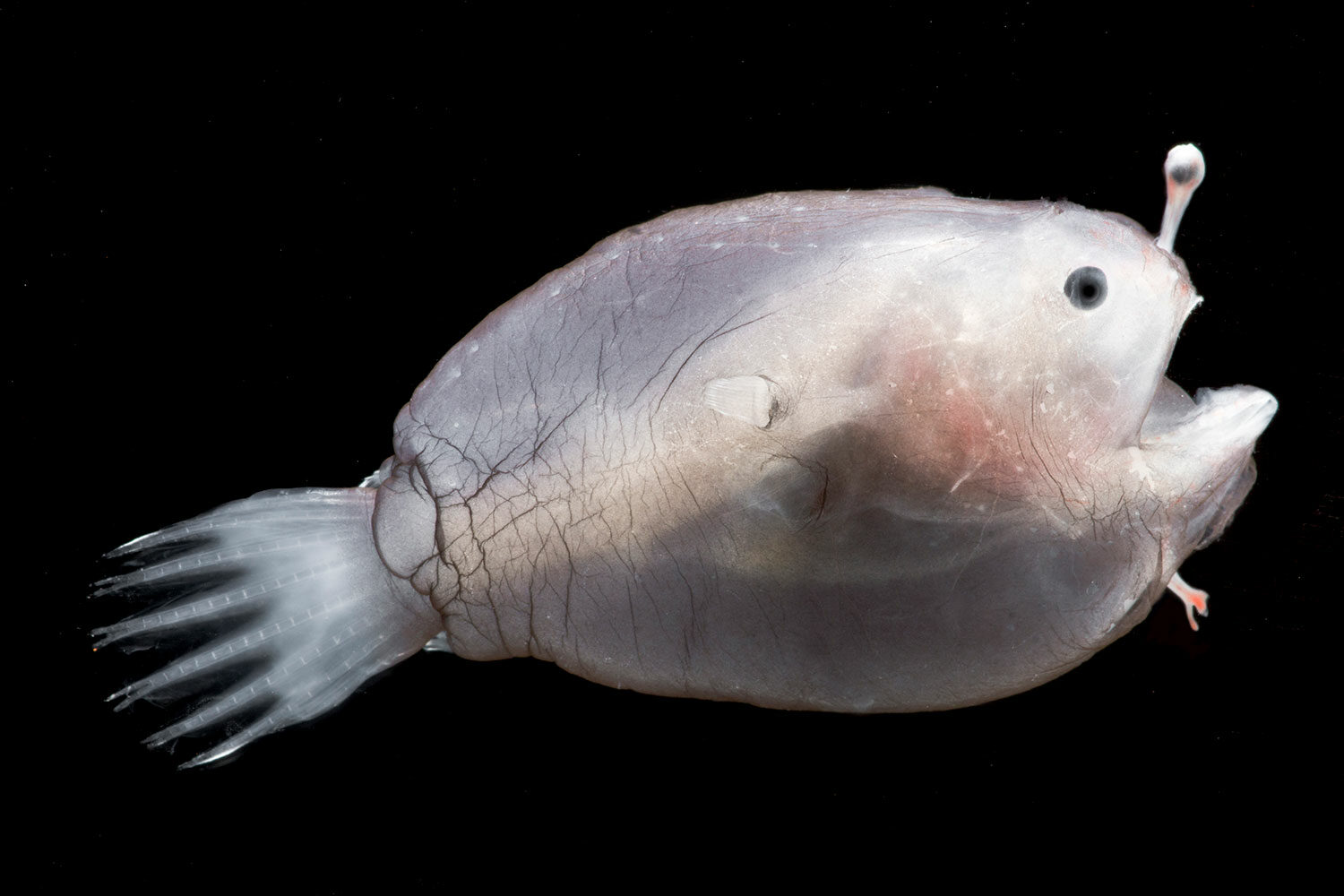 ‘That was a shock,’ admits Boehm. ‘Human patients [in similar condition] would be so immuno-compromised, they would die without a bone marrow transplant.’ Yet somehow the fishes are able to protect themselves from infection and foreign threats.

To stop human transplant recipients from rejecting donated organs, doctors have to suppress their adaptive immune response so as to stop the body from recognising and attacking ‘non-self’ cells. Dampening this response while maintaining enough immune defence for these patients to survive is a delicate dance.

Unlocking the secrets of anglerfish immunity could make it easier to find the right steps. ‘We don’t know how to do it yet,’ says Boehm, ‘but these fishes may show us the way.’