An underwater eye on sharks in the Galapagos 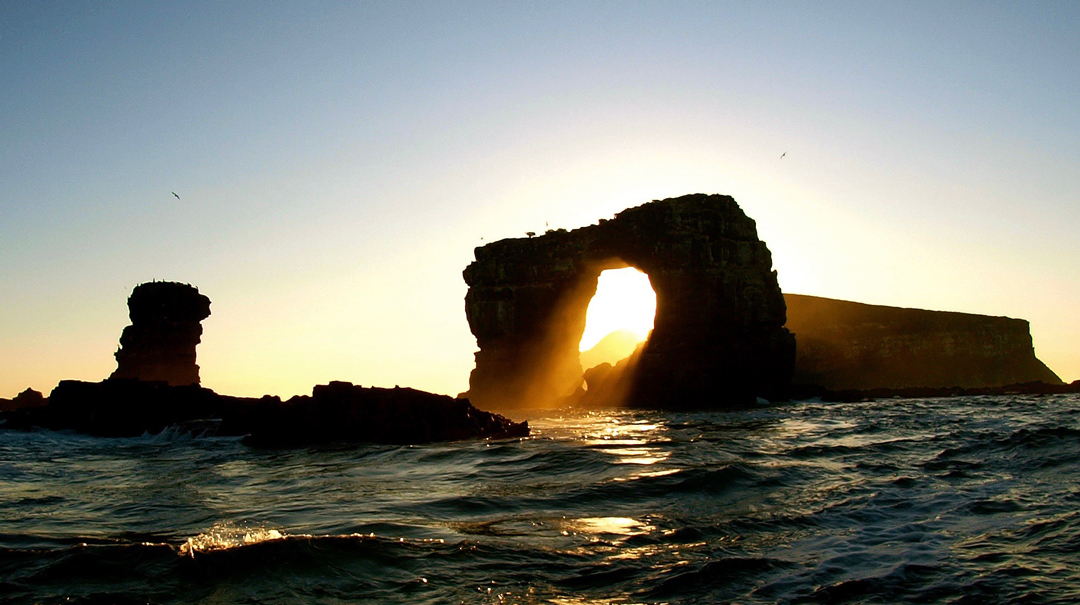 Darwin's Arch at sunset. Situated on the south east corner of Darwin Island, it is considered as one of the best dive sites in the Galapagos Islands. Here divers may see Whale Sharks, Hammerhead, silky, galapagos and black tip reef sharks, turtles, rays and other large pelagics. Photo © Pelayo Salinas

The unique shark community of the Galapagos Marine Reserve (GMR) in the Pacific Ocean has been captured on camera. David Acuña-Marrero and his co-authors published their findings from a survey using baited remote underwater stereo-video systems (BRUVs) in Marine Ecological Progress Series (MEPS) in June this year. Their survey deployed these underwater cameras to investigate how many sharks were in the region and how they were distributed around the GMR. 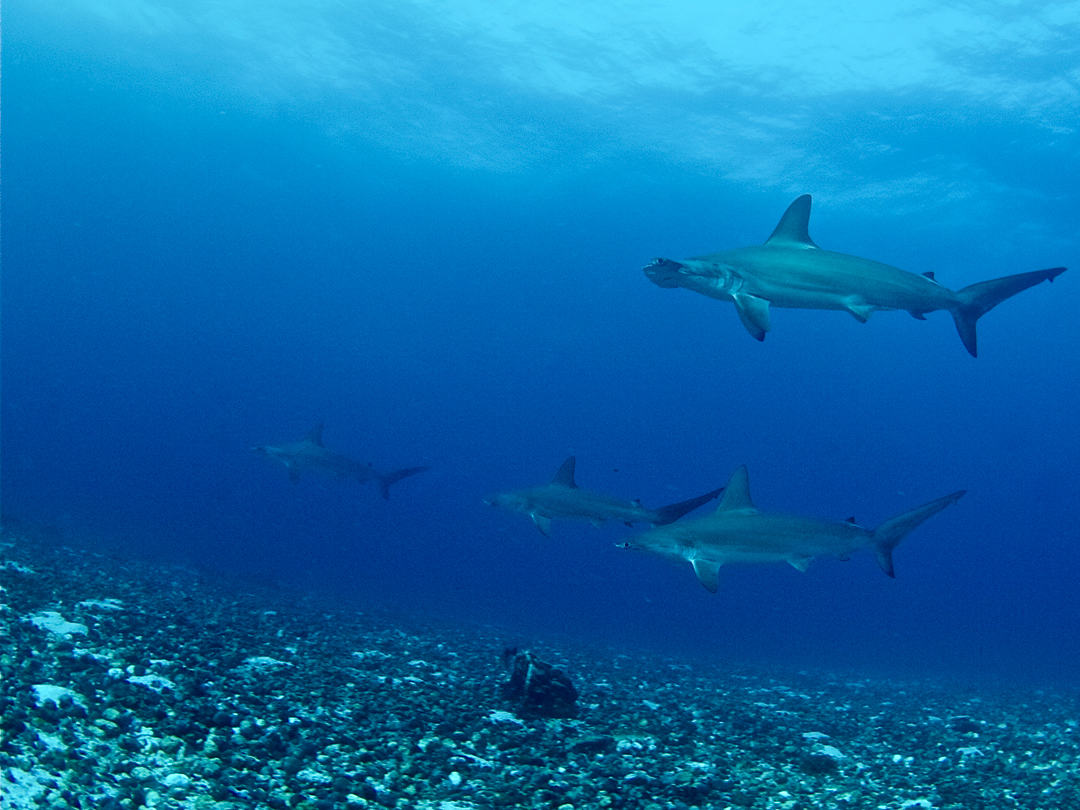 The scientists recorded 10 different species on their 629 camera deployments. Some species, like the Galapagos shark (Carcharhinus galapagensis), were mostly present in the GMR as young sharks (juveniles). Others, like the white tip reef shark (Triaenodon obesus) and the blacktip reef shark (Carcharhinus limbatus), were found as adults in the region. These shark species were found widely spread across the GMR, whilst other shark species like the scalloped hammerhead (Sphyrna lewini) and tiger shark (Galeocerdo cuvier) were associated with undersea features. The Galapagos bullhead shark (Heterodontus quoyi) and houndsharks (Triakidae spp.) were also restricted to particular habitat types. 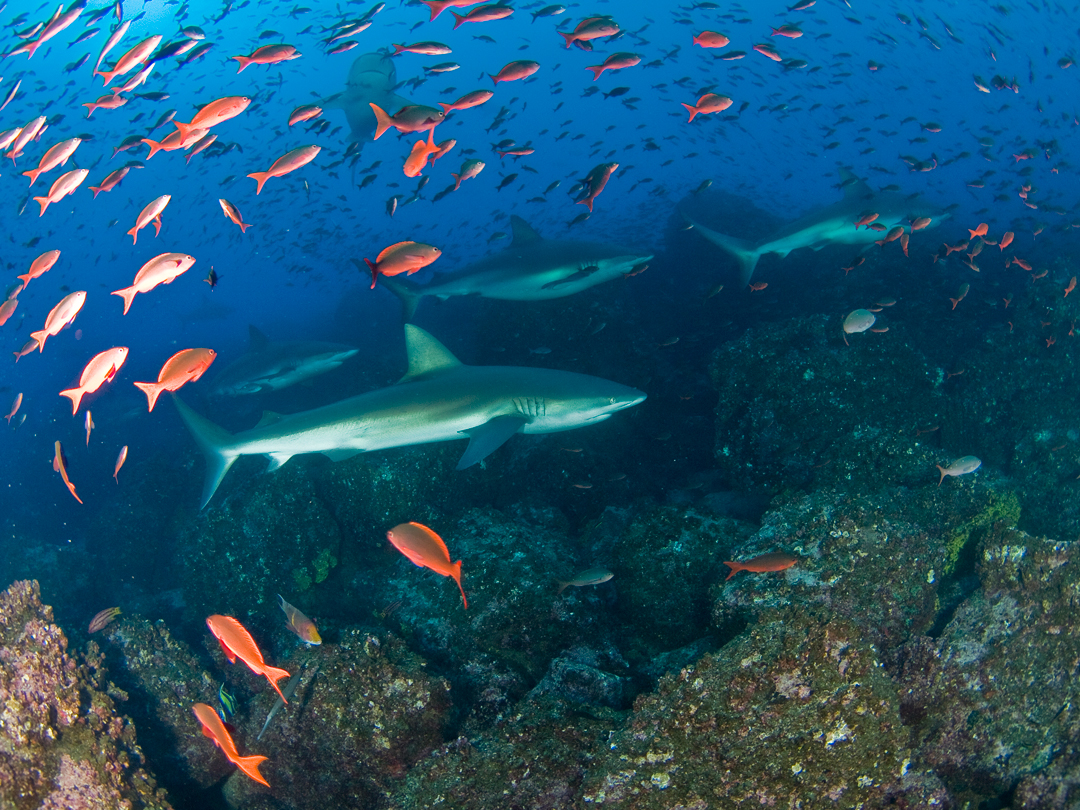 Most shark species were large and semipelagic; the kind that spend some of their time swimming near the seafloor (benthic) and the rest swimming higher up in the water column (pelagic), and that can often swim greater distances. However, there were also less mobile species that swim nearer the seafloor (benthic), and these species are not usually associated with oceanic islands in other reaches of the Eastern Tropical Pacific region. The patterns of shark diversity and numbers across the GMR weren’t uniform: around the islands of Wolf and Darwin, Acuña-Marrero and his colleagues recorded the highest numbers of sharks. The greatest number of different kinds of sharks was found in the Centre South region. 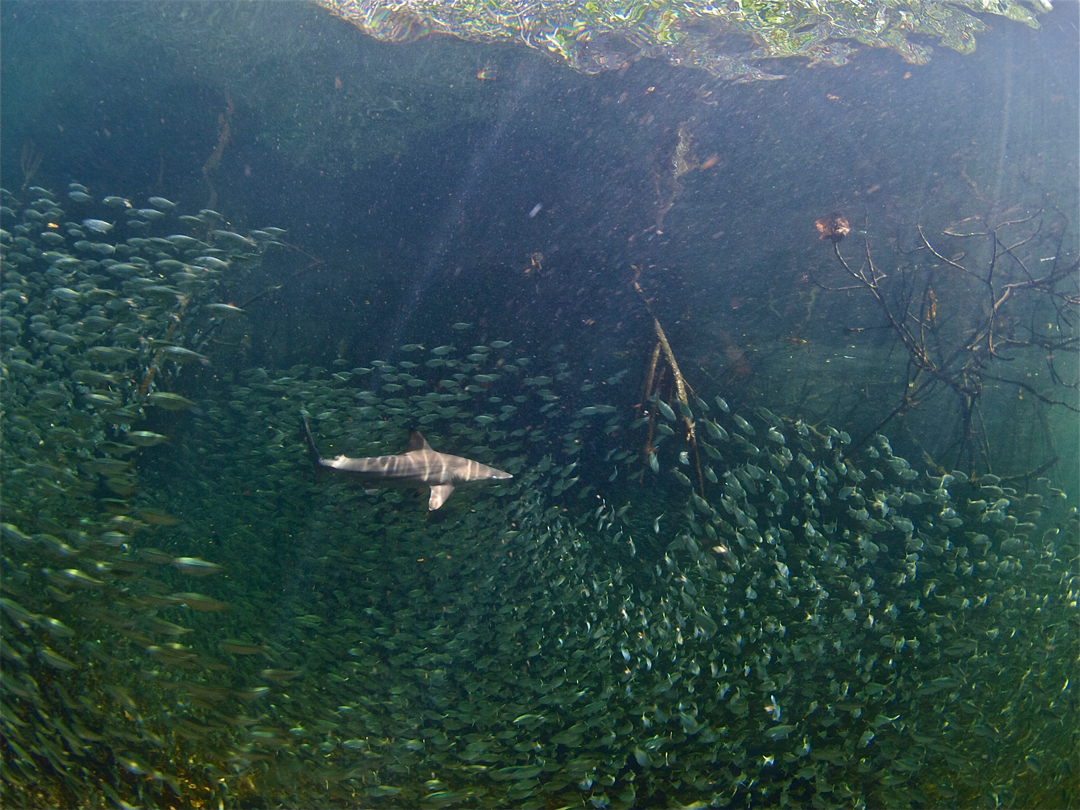 A Blacktip shark swims through the mangroves at Isabela Island. Photo © Pelayo Salinas

This underwater camera survey of the GMR gives us a better understanding of the shark communities in the area, which is critical for the management of their populations and the enforcement of the reserve in future. 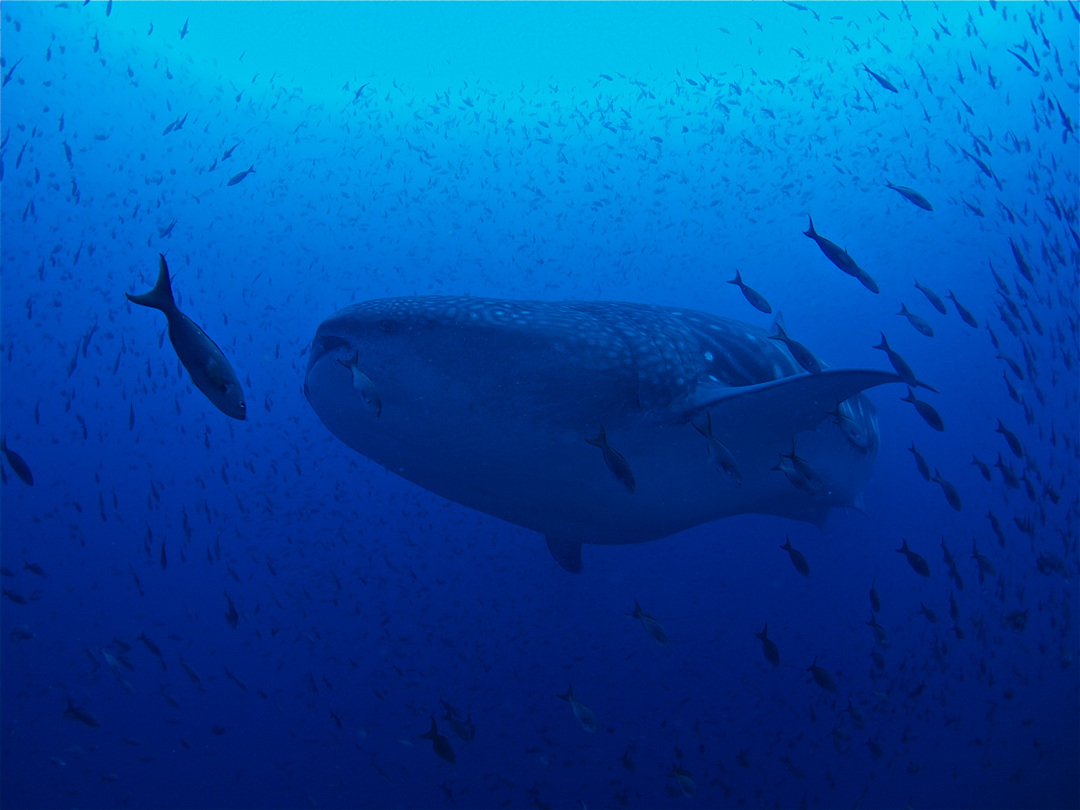 A pregnant whale shark swims through a cloud of gringos (the common name for Paranthias colonus) at Darwin's Arch. Photo © Pelayo Salinas