A photo exhibition by the sea

This week, the Save Our Seas Foundation launches an outdoor photo exhibition in Cape Town, South Africa, that portrays the amazing life beneath the waves and around the coast of False Bay: reef fish, sharks, kelp forests, beaches and surf, and the people whose lives are intimately connected to the bay.

The Marine Conservation Photography Grant Exhibition showcases the work of Mac Stone and Joris van Alphen, the inaugural winners of the grant who travelled to False Bay, South Africa, to photograph two different marine conservation stories as part of their prize.

People safe, sharks safe
by Mac Stone
People and sharks share the temperate waters of False Bay. Surfers, paddlers, bathers, fishers and divers capitalise on the surf; sharks carry out their lives beneath the surface, sustained by an abundance of fish and seals. Inevitably, though, their paths do cross with ours – and when they do, there can be drastic consequences for both parties. Shark Spotters is a local initiative that is keeping both people and sharks safe in the bay, and so much more. It’s contributing to understanding, awareness, socio-economic upliftment and conservation. From the teeming shores of Muizenberg to the unseen depths of False Bay, Mac Stone’s images portray the sharks of False Bay, their relationship with us, and the people who are trying to keep it all in balance.

Fighting for reef fishes
by Joris van Alphen
South Africa’s rocky reef fishes are fighting to remain in our coastal waters. From the long-lived red stumpnose to the mighty red steenbras, these diverse fishes are an important part of our wildlife heritage. But, just as the rhino is under grave threat on land, some reef fishes are showing population declines of more than 95% and have all but disappeared from our seas. This crisis is felt keenly in False Bay, where communities founded on generations of fishing are struggling to survive and conservationists face the daunting task of helping reef fish species to recover. Joris van Alphen’s photographs transport us into the swaying kelp forests that cling to the sea floor of False Bay and give us a unique glimpse into the lives of reef fishes and the fishers who catch them.

The exhibition is situated along the Muizenberg Catwalk that leads to St James. Stone’s images are near Muizenberg Beach, just south of Bailey’s Cottage; van Alphen’s photos can be found next to the St James tidal pool. 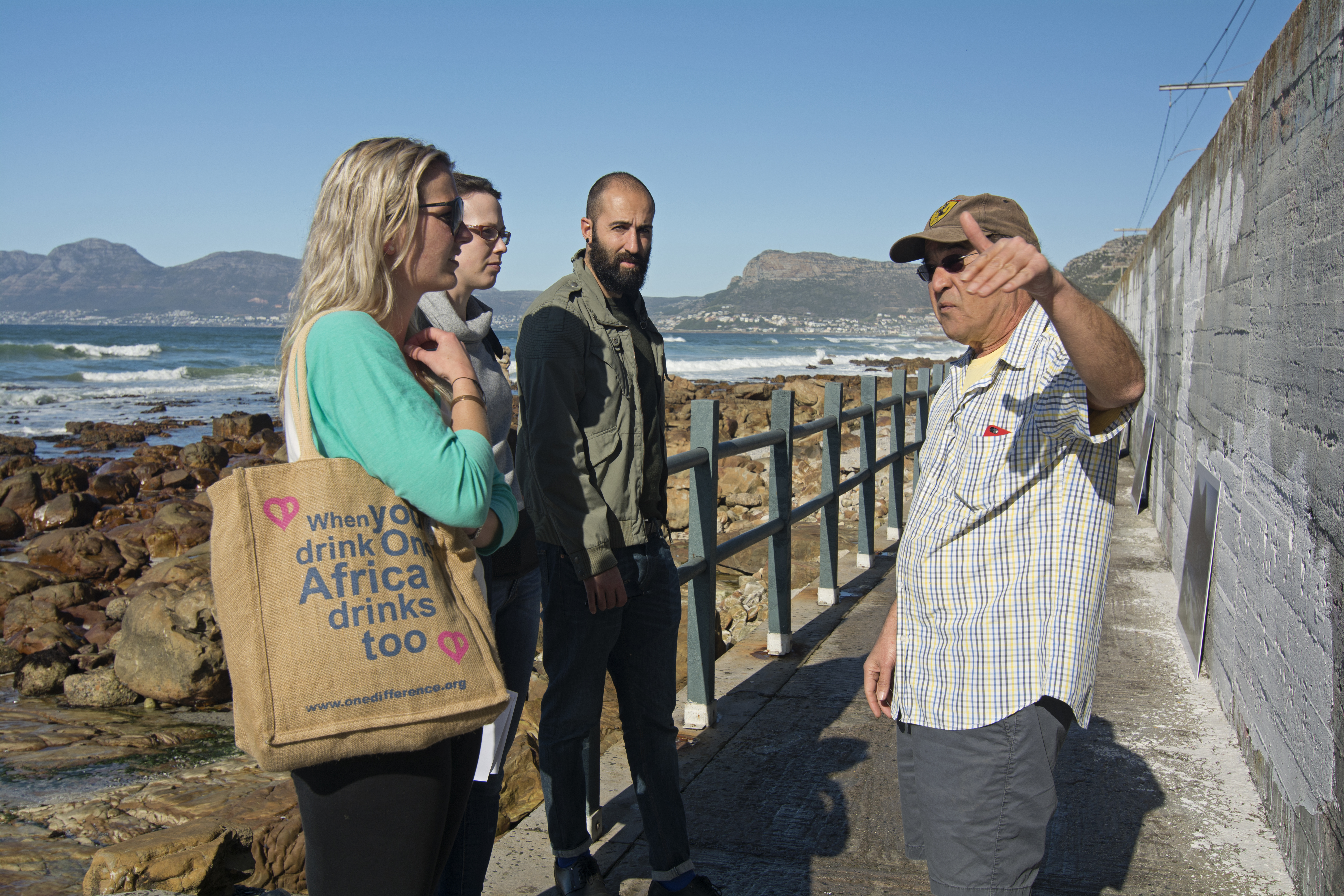 This exhibition is part of a series of events that has been organised in support of the 3rd Southern African Shark & Ray Symposium, hosted by Shark Spotters, in association with the Save Our Seas Foundation.

Through its Marine Conservation Photography Grant, which was awarded for the first time in 2014, the Save Our Seas Foundation aims to support and foster the development of emerging photographers.

This exhibition was produced and installed by Scan Shop, and it is authorised by the Arts and Culture Department of the City of Cape Town. 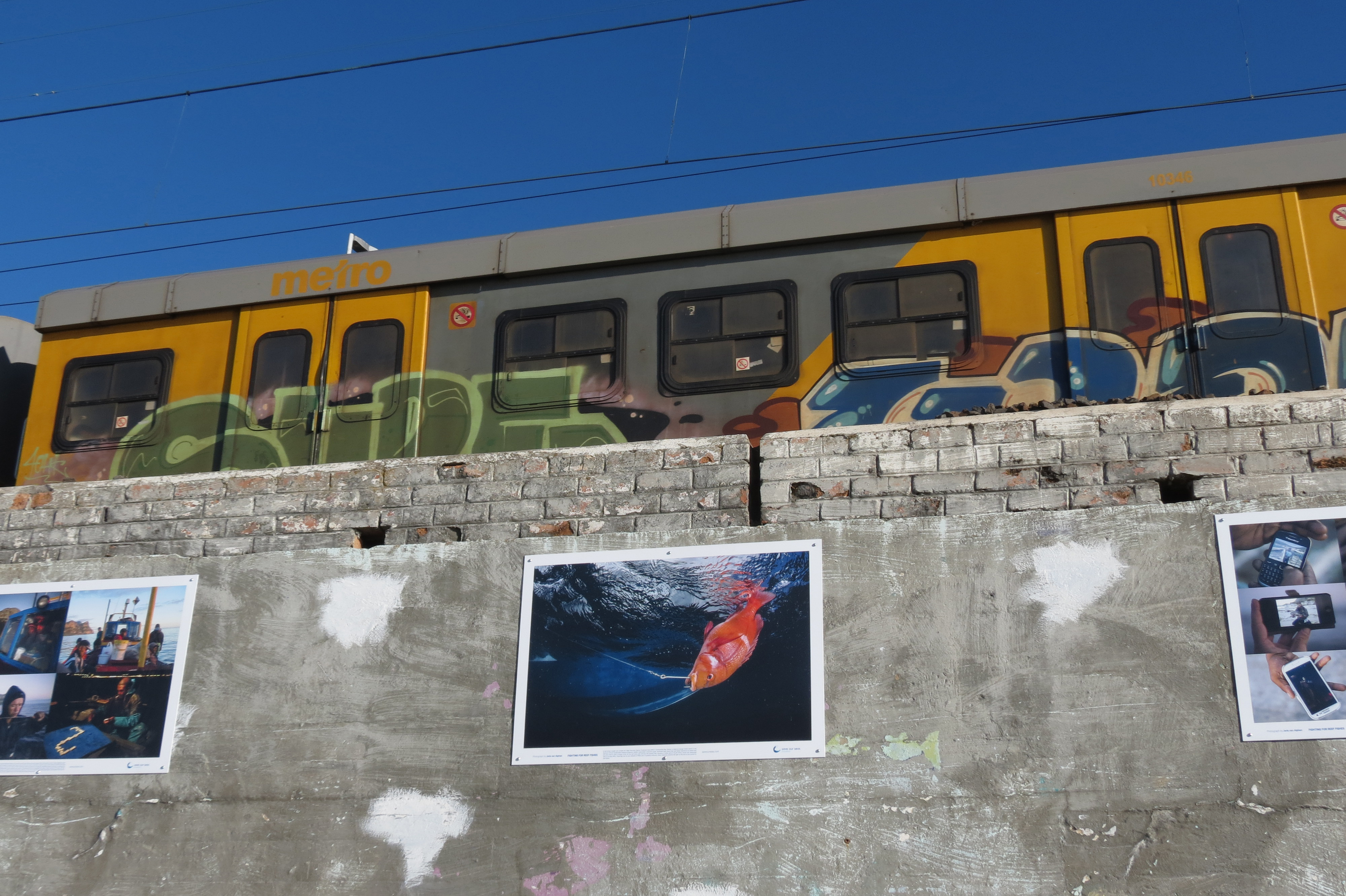 Joris van Alphen's photos appear next to the St James tidal pool. © Photo by Philippa Ehrlich | Save Our Seas Foundation