A halo of hope for Angelsharks

Conservationists, policymakers and scientists have come together to launch a plan of action for three species of Critically Endangered Angelsharks in the Mediterranean. The Mediterranean Angelsharks: Regional Action Plan formalises what should be done to protect the Sawback Angelshark, Smoothback Angelshark, and Angelshark. This development was lead by The Shark Trust and the publication of this document is a win for the collaborative effort of many partner organisations. The long process to have the plan launched sets the tone for future cooperation among all the different organisations that will need to act together to save Angelsharks. 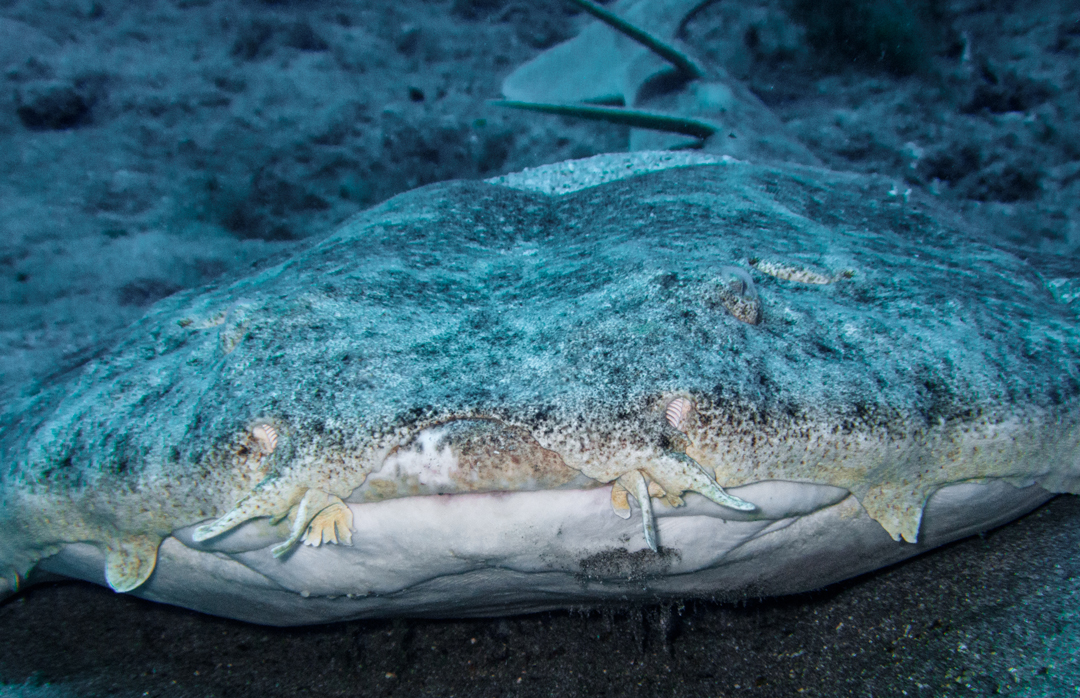 Sharks and rays of all different species currently face serious declines throughout the Mediterranean. In fact, 73 species of chondrichthyans (cartilaginous fishes) have been assessed by the International Union for the Conservation of Nature (IUCN) in this region, and of these, 50% of rays and 54% of sharks are at high risk of extinction. For Angelsharks, the picture has long been bleak: all three species in the family found in the Mediterranean are threatened. 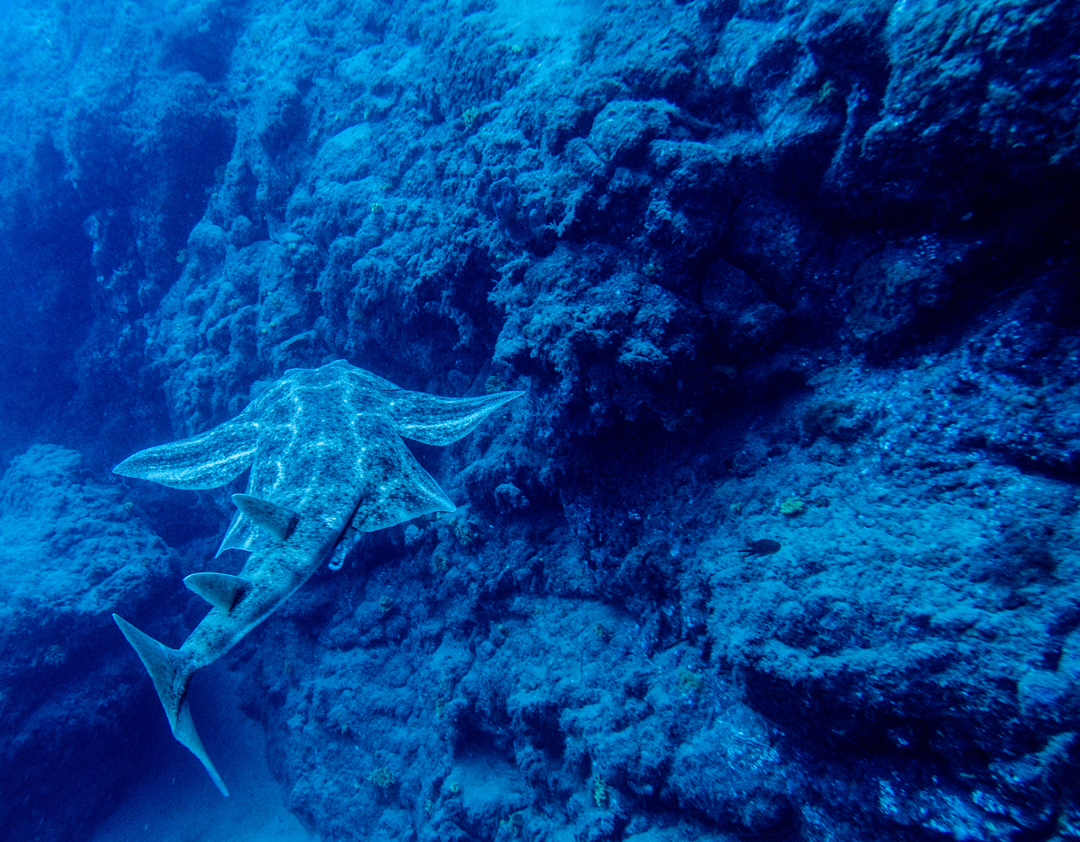 Over 20 institutions came together to create the framework needed to tackle overfishing and habitat degradation – the two key threats to Angelsharks. Since they live in shallow, coastal waters and some species can grow up to 1.5 m in length, Angelsharks often come into contact with humans and are threatened by our impacts. However, because they are camouflaged, cryptic and not very well popularised in media, Angelsharks have all but disappeared before their plight was really recognised. 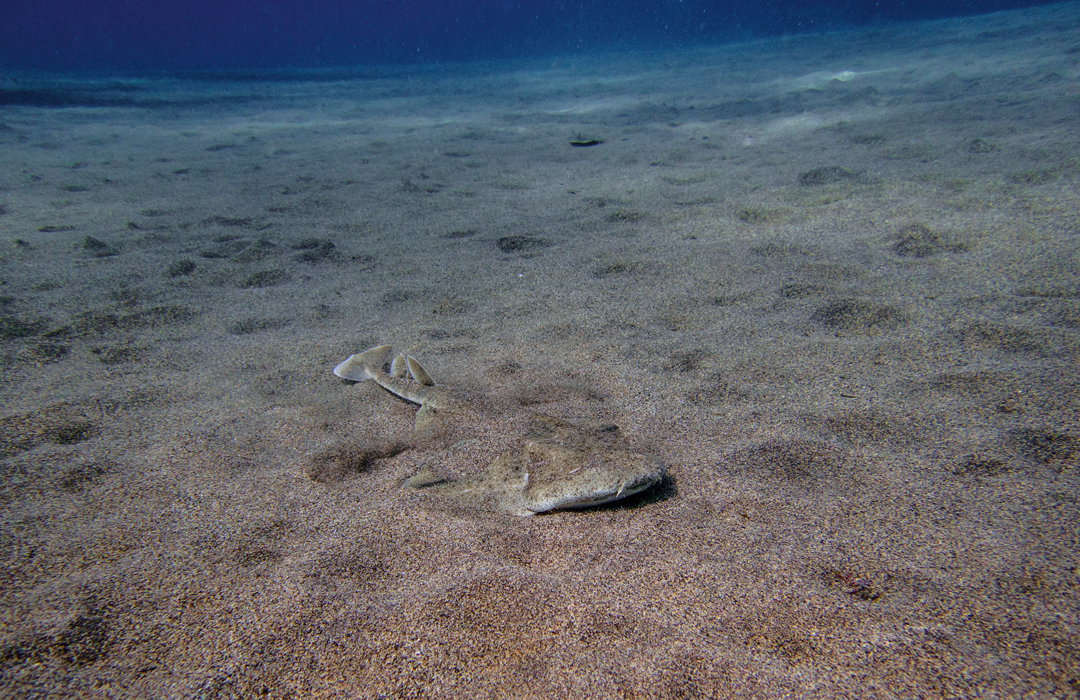 Angelsharks have long been on the radar for Save our Seas Foundation (SOSF) scientific advisor Sarah Fowler. She has experienced first-hand what can lead to their disappearance in other regions, when there is little fanfare or sense of urgency.

“The ‘Common’ Angelshark Squatina squatina has fascinated me since the 1980s, when I learned that it had vanished, virtually unnoticed, from UK waters. Indeed, British fishers were now using its traditional name, monkfish, to describe a different species entirely – the anglerfish. It took well over a decade of advocacy to achieve legal protection for UK Angelsharks in 2008; our proposals were initially opposed because there was believed to be no point in protecting a species that might no longer breed in the British Isles.”

But persistence pays off, she notes – a lesson well learnt when it came to organising the conservation of Mediterranean Angelsharks. “Another ten years passed before the Common Angelshark was added to the Appendices of the Convention for Migratory Species (CMS) and the Annex to the Migratory Sharks memorandum of understanding, largely thanks to the research and awareness-raising work of SOSF project leaders like Eva Meyers and the support of the Government of Monaco.” 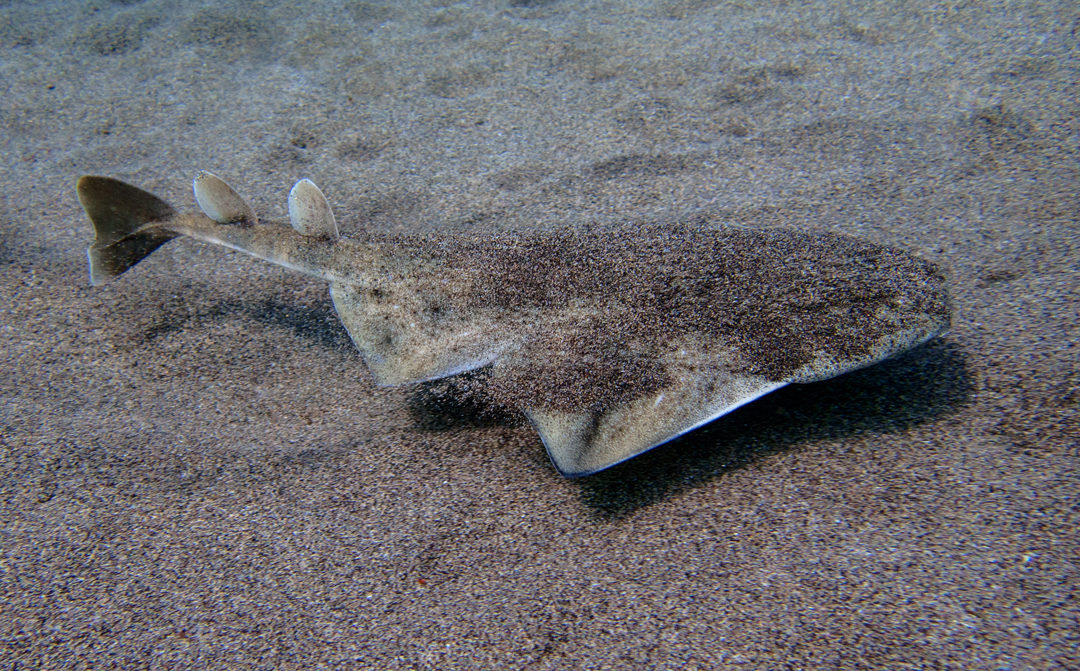 Achieving this level of collaboration is key to the success of conservation plans. For the Mediterranean, which comprises over 20 coastal states and territories, this is especially important. The complex geography (and politics) of the region will rely on continued cooperation and communication, but Sarah is positive that the first steps have been taken: “I am very proud that SOSF sponsored the first formal Action Planning work for this Critically Endangered species, and that this process and the CMS listing led to an Action Plan for all three Mediterranean Angelshark species”.