By: Mahmood Shivji and Jeremy Vaudo

The shortfin mako shark Isurus oxyrinchus is one of only a handful of shark species that can maintain a body temperature higher than that of the surrounding water. It is also thought to achieve the fastest swimming speed of any shark. One look at its sleek torpedo shape and powerful tail makes the speed claim entirely believable. The shark is also known for its aerial acrobatics, which make it a thrill to catch in recreational fishing. 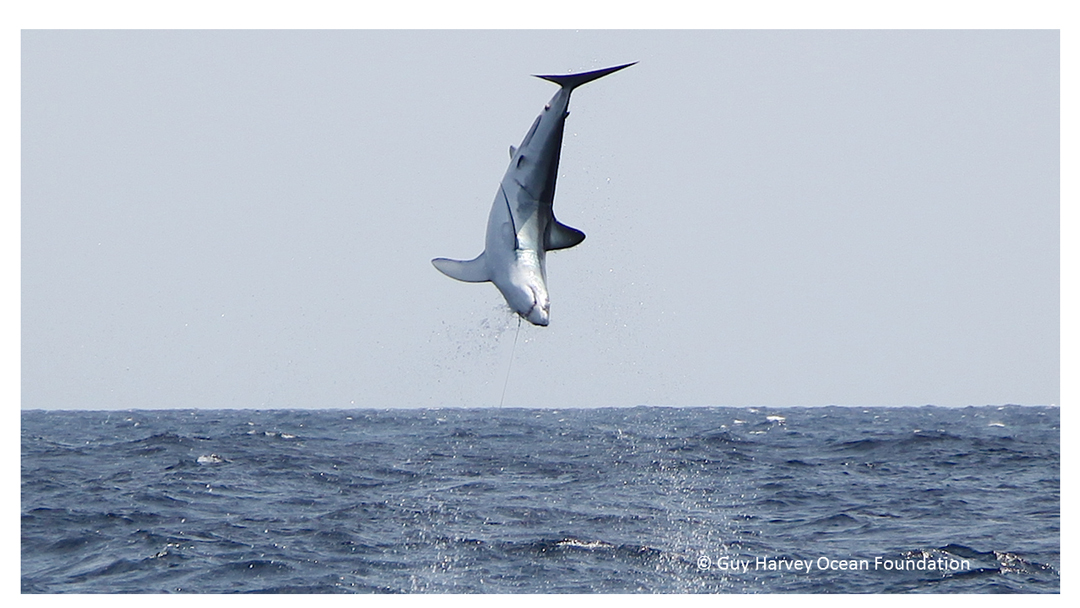 The mako shark is a commercially valuable species in industrial and recreational fisheries worldwide because of its high-quality meat and it is therefore rarely released, even when caught incidentally. Unfortunately, mako populations are on a declining trend (IUCN Red List Assessment) and the species is in need of additional and improved management.

Makos can also travel impressively long distances, covering thousands of kilometres in a year. Therefore, obtaining a good understanding of their movements and how they use their three-dimensional, open-ocean home is an important component of formulating science-based management and conservation measures for restoring the species’ populations and preventing overfishing. To this end, the Save Our Seas Shark Research Center is engaged in a long-term partnership with the Guy Harvey Research Institute to increase biological and ecological knowledge of the shortfin mako, including its migratory behaviour and its genetic and genomic make-up and function. 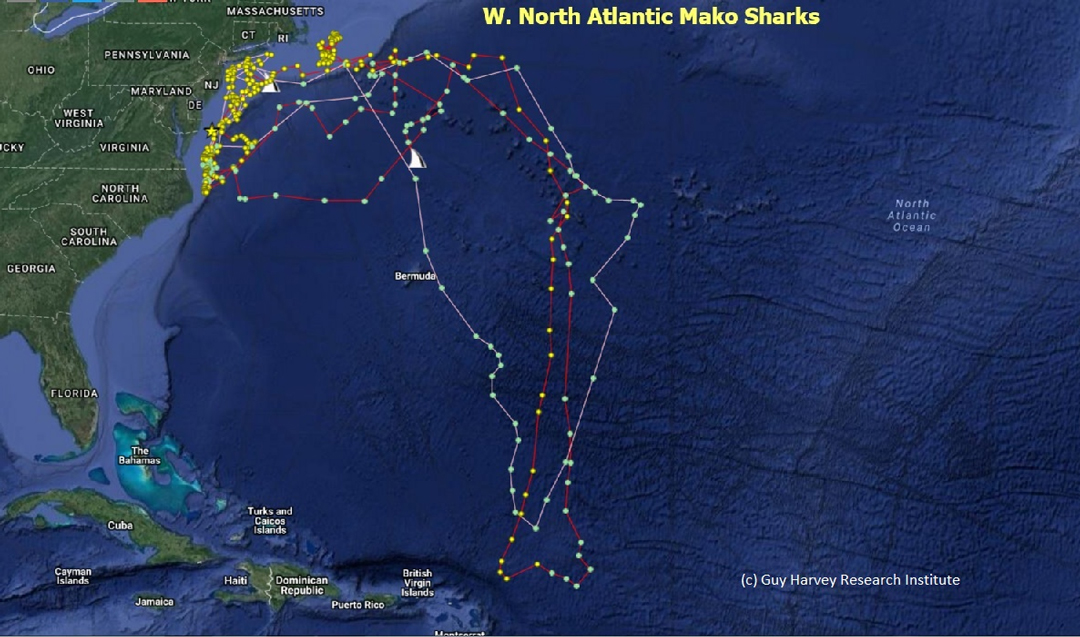 We have recently published a study of mako migratory behaviour in the western part of the North Atlantic, which reveals previously unknown information that is of direct relevance for management. The scientific paper describing these results can be obtained here.

New insights into how shortfin makos use their habitat

In the western North Atlantic, fisheries-based information derived from conventional identification tagging and recapture suggested that makos move into the Sargasso Sea during winter. This led to a hypothesis of a circular migration pattern between the USA, Canada and the Sargasso Sea. Hardly anything was known about mako shark movements in the Caribbean and the Gulf of Mexico.

By tracking satellite-tagged individual sharks over extended periods of time, in several cases for over a year, we were able to test these hypothesised migratory pathways and, in addition, identify areas heavily used by the makos in different seasons. We were also able to examine if mako sharks differed in their movement patterns, depending on whether they were in subtropical or temperate waters.

Our results showed that the hypothesised movements of mako sharks in the western North Atlantic, as derived from conventional tags, were quite oversimplified. The satellite tracking revealed that during winter the sharks’ movements in the western North Atlantic were much more geographically dispersed, with many individuals also moving far out into pelagic waters during the cooler months (winter and spring) and some even making unexpectedly directed migrations down as far as Venezuela and back without pausing much along the way. In contrast, mako movements in the Gulf of Mexico were much more restricted and displayed no obvious seasonal patterns; in fact, the core usage area here was virtually unchanged year round. These differences indicate that mako shark movements are region-specific. Surprisingly, there was almost no overlap between the movements of mako sharks in the western North Atlantic and the Gulf of Mexico, despite the absence of physical barriers between these areas and the ability of the species to move really long distances. We also found that mako sharks are truly international rovers, crossing the management jurisdictions of at least 17 countries.

What are the implications for shortfin mako management?

The results of our study have several applications for the management and conservation of shortfin makos:

This research will continue over the next several years. The challenge of this work in the near future will remain the high cost of the satellite tags, but the information being generated has tremendous utility for improving the conservation of the shortfin mako and other such important apex marine predators.