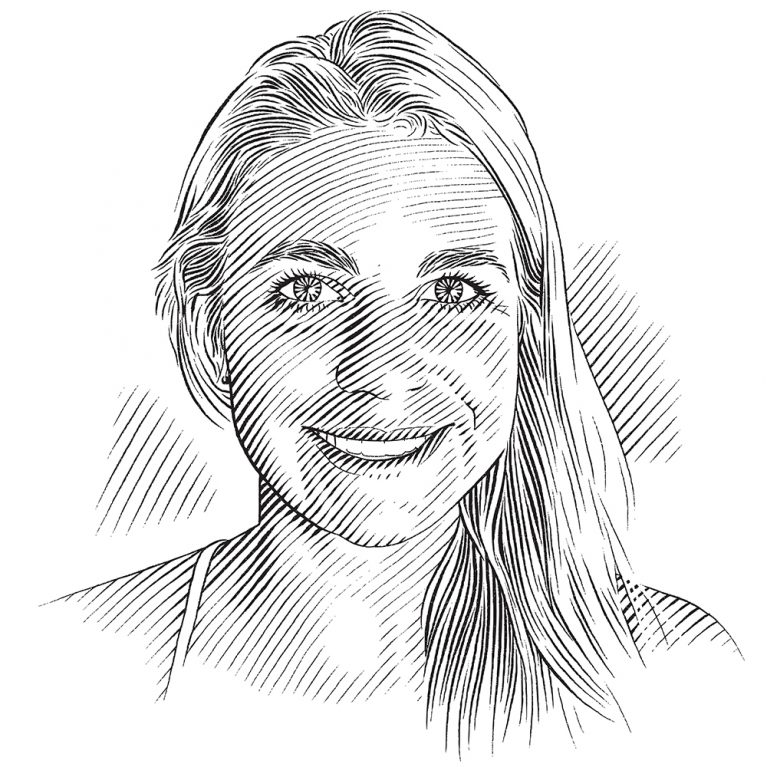 By the end of high school... 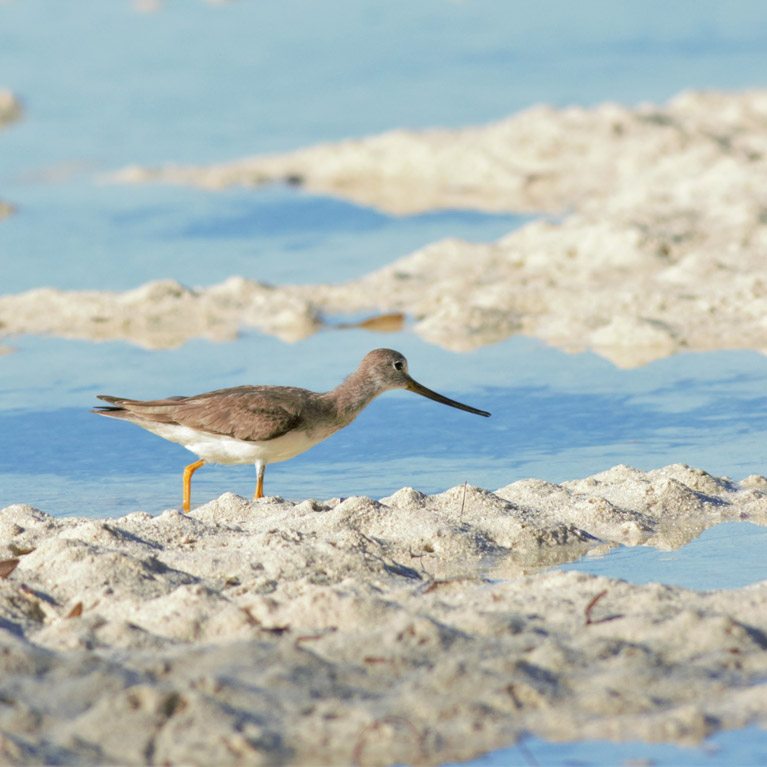 Keeping record of our feathered friends
Birding, the art of finding and identifying different bird species, either in your backyard or a couple 1000 kilometres away from home, is a growing hobby among many young naturalists. Not only is it a great way to learn more about the birds around you… 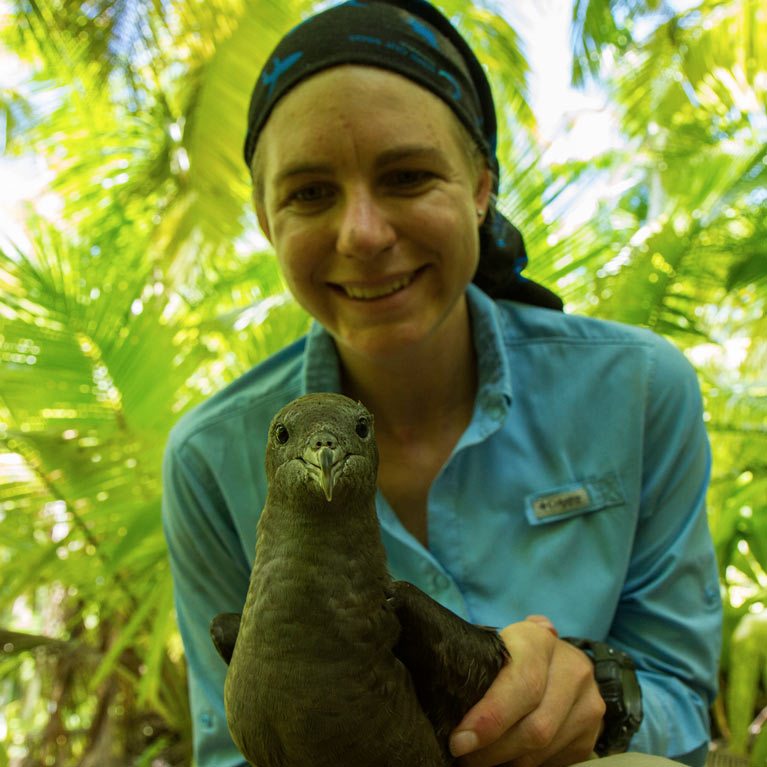 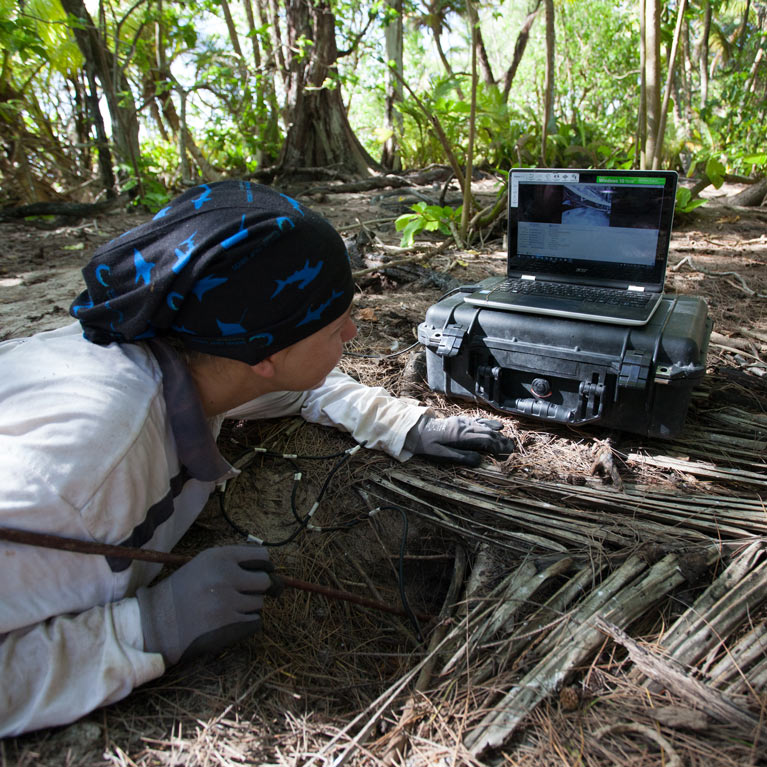 Following the Fouquet: how many are nesting on D’Arros?
While waiting to get my deployed tags back, I decided to conduct a census on D’Arros to try and determine how many Fouquet are on the island. Globally there are over 5 200 000 Wedge-tailed Shearwaters, however several studies have shown that their populations are currently… 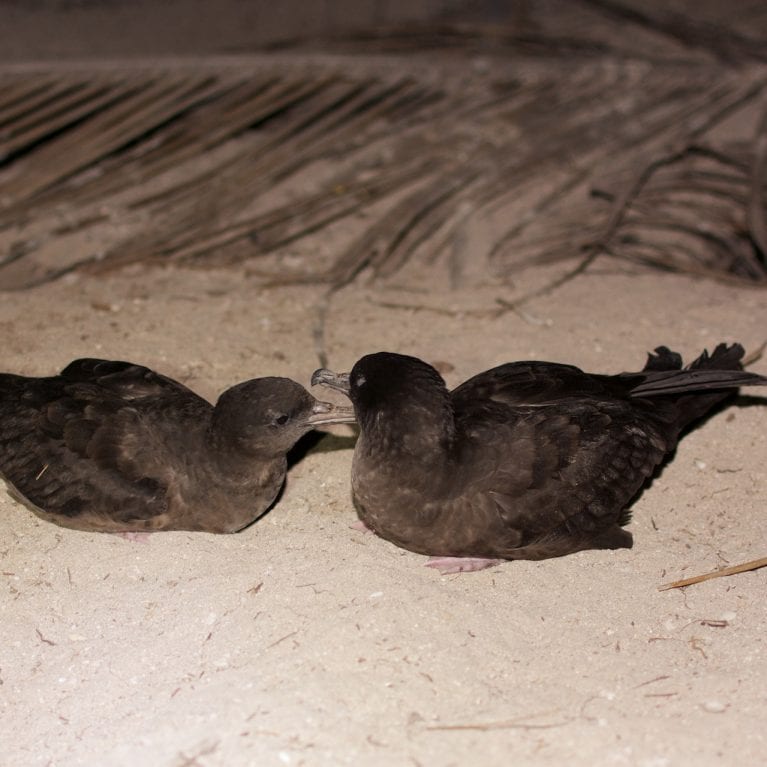 Following the fouquet
Seabirds, like other top marine predators (sharks, cetaceans, turtles and tuna), have been identified as valuable indicators of the state, or health, of the marine environment. In addition, their foraging distributions generally point to areas of high productivity and biodiversity, which makes information about their… 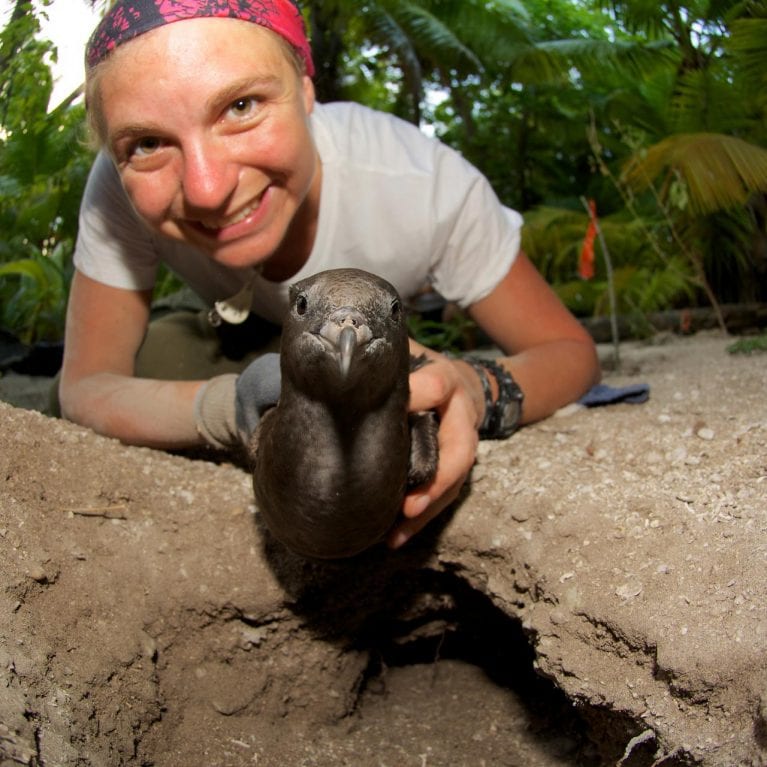 Finding the fouquet
D’Arros Island and Fouquet Island are teeming with life in the air, in the water and on land – and even more so at night when thousands of fouquets (wedge-tailed shearwaters) return to their nests. Just as the sun starts to set, you hear birds…
Project details

This project has two general aims. The first will be to determine the diet of Wedge-tailed Shearwaters breeding at and St Joseph Atoll. The second will be to assess the at sea distribution and diving behaviour during the breeding and non breeding season.

The western Indian Ocean has been described as a biodiversity hotspot for marine predators and in particular as a breeding habitat for numerous seabird species which concentrate heavily on islands in the Seychelles Archipelago (Le Corre et al. 2012). Much of the western Indian Ocean is however largely impacted by industrial tuna fisheries (IOTC 2008, 2010, 2013) and experiences major maritime traffic as a result of oil transportation from the Middle East, both of which may pose a major threat to biodiversity. It is therefore important to monitor the at sea distribution of seabirds in the western Indian Ocean in order to identify areas of ecological importance to inform appropriate spatial management. Such assessments are particularly relevant for species such as Wedge-tailed Shearwaters that are known to be vulnerable to anthropogenic pressures in the Central Indian Ocean, while breeding as well as during the overwintering period between breeding seasons (Catry et al. 2009b; Le Corre et al. 2012). Seabird tracking data is increasingly being used to assist with the designation of Marine Protected Areas (MPAs) as they generally target areas of high productivity with intact ecological processes (Kappes et al. 2013; Kappes & Le Corre 2009; Lascelles et al. 2012).

Pelagic ecosystems within the tropical western Indian Ocean are considered marine hotspots of biodiversity, in that they support globally significant populations of many charismatic and economically important marine top predators such as seabirds, cetaceans, tunas, billfish and sea turtles (Le Corre and Jaquemet, 2005). Many of these species cover thousands of kilometres each year, making it difficult to protect the full extent of their range. However, they are mostly at risk in a few demographically important areas, such as their breeding and foraging areas or their migration routes (Louzao et al., 2006; Game et al., 2009). Marine protected areas that cover these areas in order to limit the threats and stressors, can reduce the mortality and increase the fitness of marine top predators, even if only a small section is preserved, making it essential to set conservation targets in such areas (Game et al., 2009; Mancini et al., 2015).

One of the worlds’ most threatened taxa are seabirds (Butchart et al., 2004; Croxall et al., 2012b). Despite their global distribution, of the estimated 350 species of seabirds 28 % are considered globally threatened, 5 % are critically endangered and 10 % are near threatened. Their major threats include the effects of invasive species (i.e. predation), human disturbance, fisheries (overfishing and bycatch) as well as chronic and catastrophic pollution (Croxall et al., 2012b). The value of seabirds as indicators of the state of the marine environment has therefore been identified (Cairns, 1987; Piatt et al., 2006; Piatt and Sydeman, 2007). Several of their demographic and behavioural attributes are largely governed by food availability and thus the monitoring of parameters such as population size, timing of breeding, chick growth rate and food consumption, body condition, as well as foraging ecology and diet, ultimately yields important information on the state of the marine environment (Cairns, 1987; Le Corre and Jaquemet, 2005; Piatt et al., 2006; Piatt and Sydeman, 2007).

By monitoring the at sea distribution and diet of seabirds, areas of ecological importance for appropriate spatial management of protected areas may be identified. Such assessments are particularly relevant for species such as Wedge-tailed Shearwaters that are known to be vulnerable to anthropogenic pressures in the Indian Ocean, while breeding as well as during the overwintering period (Catry et al., 2009c; Le Corre et al., 2012). This species is also known to associate with other top predators such as tuna (Jaquemet et al., 2004b) potentially making them vulnerable to fishery activities. Seabird tracking data is increasingly being used to assist with the designation of MPAs as they generally target areas of high productivity with intact ecological processes (Kappes and Le Corre, 2009; Lascelles et al., 2012; Kappes et al., 2013). Thus, it is important to acquire a better understanding of the foraging distributions of seabirds and to monitor diet to determine to what extent they are interacting with fisheries and where MPA may be beneficial for the species.

The spatial distribution and strategies in Wedge-tailed Shearwaters:

The trophic ecology of Wedge-tailed Shearwaters: