After experiencing a rather bumpy start to our first field season on D’Arros and St Joseph Atoll in 2016, we were determined to get some tracks for 2017 and find out exactly where the local wedge-tailed shearwaters forage at sea. We decided to deploy as many global positioning system (GPS) loggers as possible and over four days we managed to attach 40 loggers and seven time depth recorders (TDRs), using a new method to keep the tags on the birds this time … and it worked! 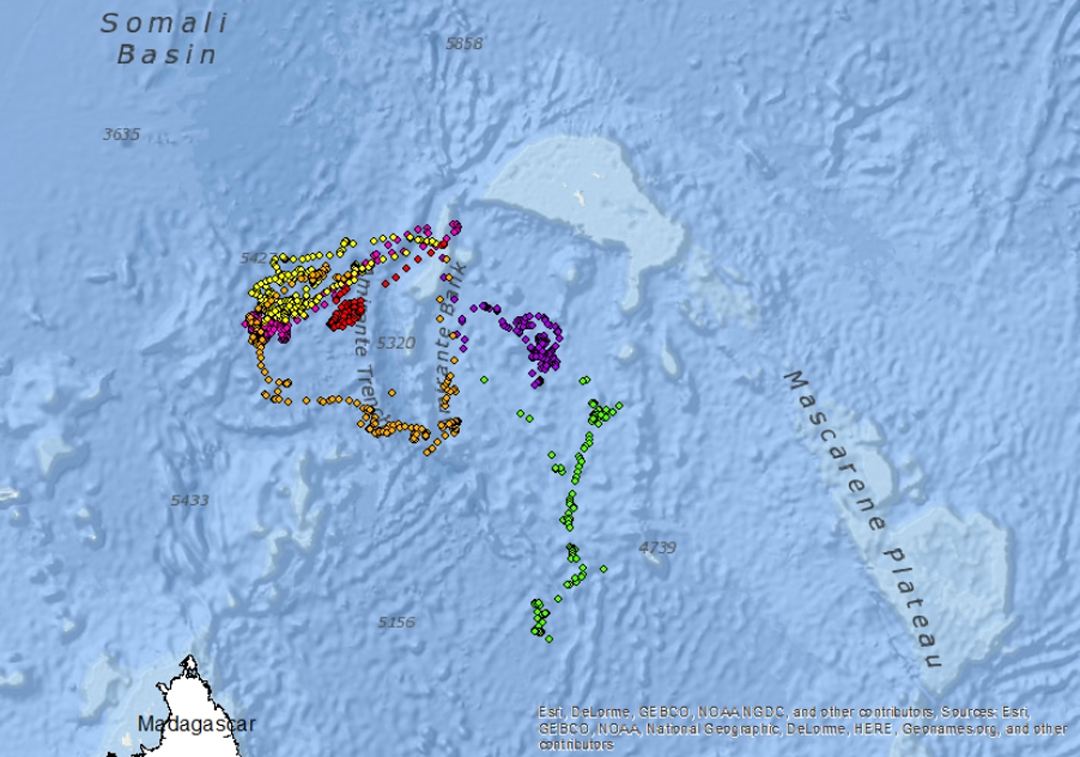 A sneak peek into where the wedge-tailed shearwaters from D’Arros Island are foraging in the Indian Ocean. Data collected by Danielle van den Heever | D’Arros Research Centre, Seychelles

To date we have retrieved six GPS loggers and two TDRs. The shearwaters were returning to their nests faster than previously estimated, so we decided to attach GPS loggers to the partners as well, before they flew out to sea. 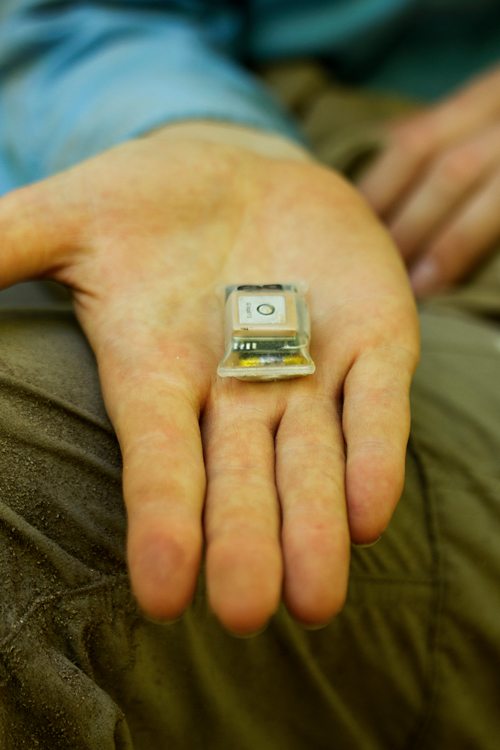 Small lightweight Global Positioning System (GPS) that will be attached to the Wedge-tailed Shearwater's tail feathers before it leaves on a foraging trip. Photo by Luke Gordon | © Save Our Seas Foundation

So far, we have found that the shearwaters fly up to 750 kilometres (470 miles) from their burrows, mainly along the south-western edge of the Amirantes Bank, and sometimes even a little further, to the north-east of the top of Madagascar! They don’t seem to dive nearly as deep as previously suggested (50 metres; 164 feet), but stay near the surface and only go down to about six metres (20 feet). 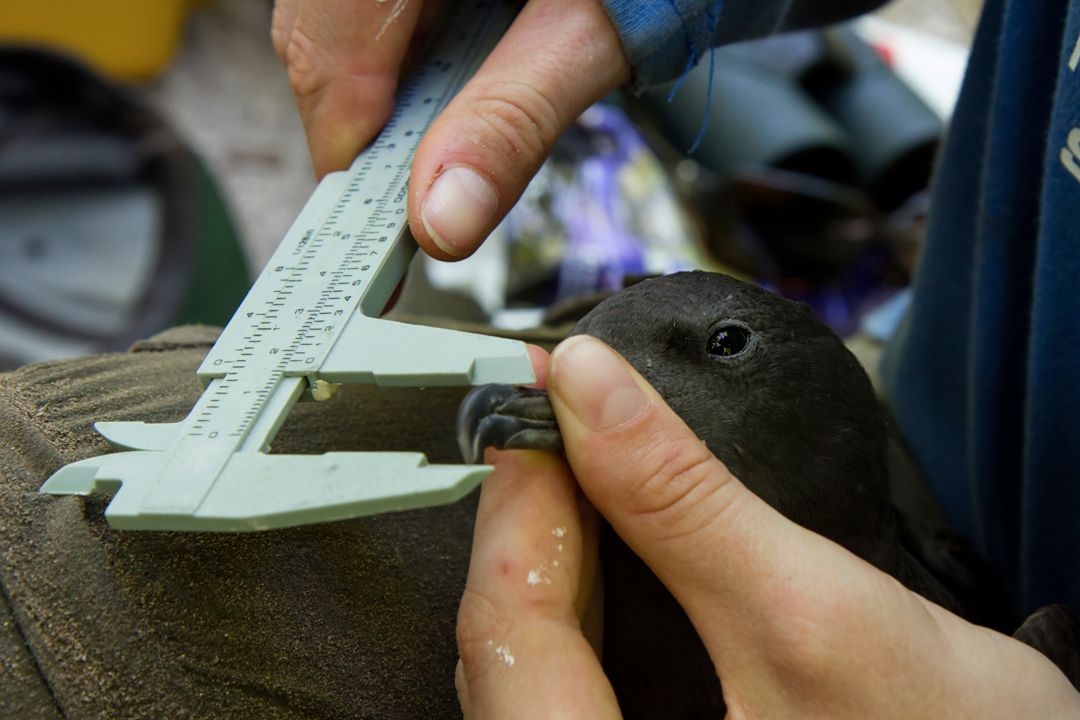 A Wedge-tailed Shearwater being measured up before deployment. Photo by Luke Gordon | © Save Our Seas Foundation 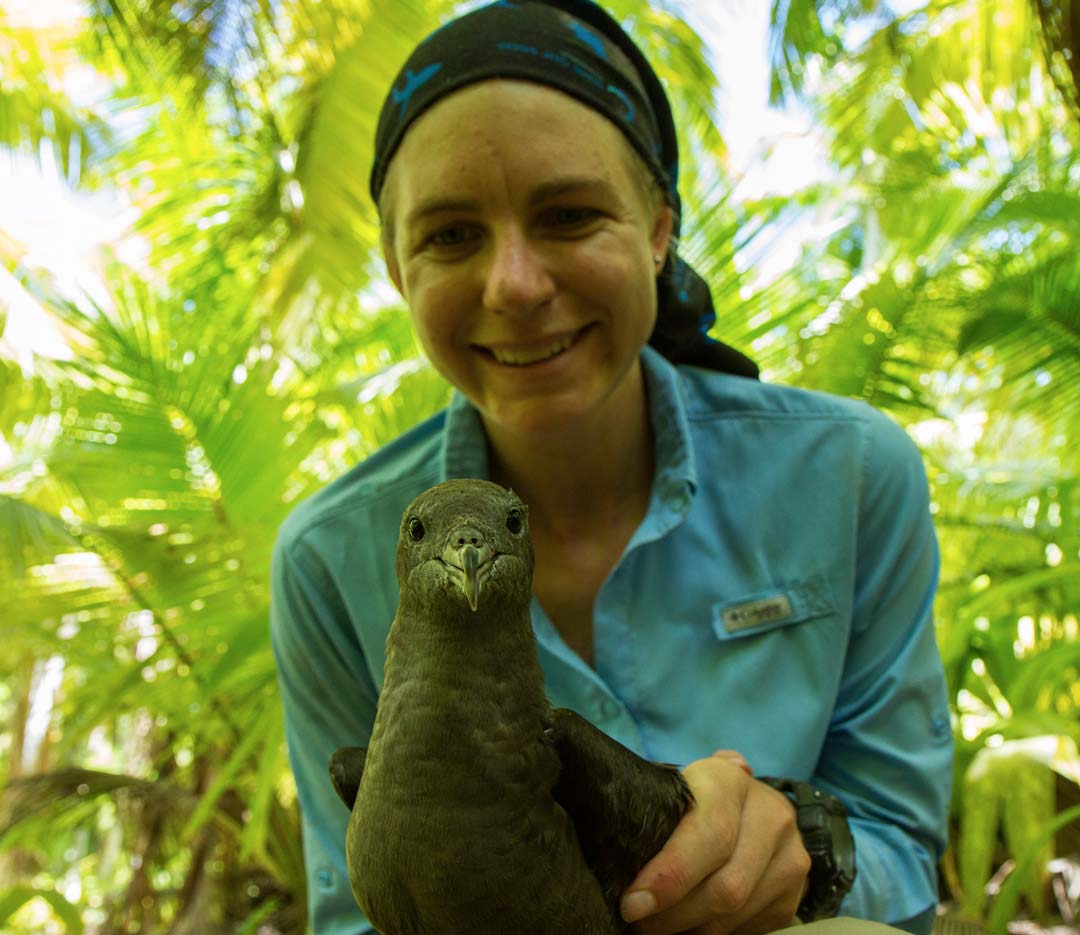