In celebration of National Cleanup Week (10 – 14 September) and International Coastal Cleanup Day (15 September), the Save Our Seas Shark Centre had a life-size wire shark made by Steetwires, a local Fair Trade organization, and called for the public to help fill its hollow belly with litter and recyclables collected on the beach and surrounds.

The wire shark was positioned outside the Centre every day, where visitors and school groups helped to fill it with litter. During a social outreach initiative organized by SHAWCO, UCT’s Underwater Club and Save Our Seas on 12 September, children had fun contributing their recyclables to the wire shark. 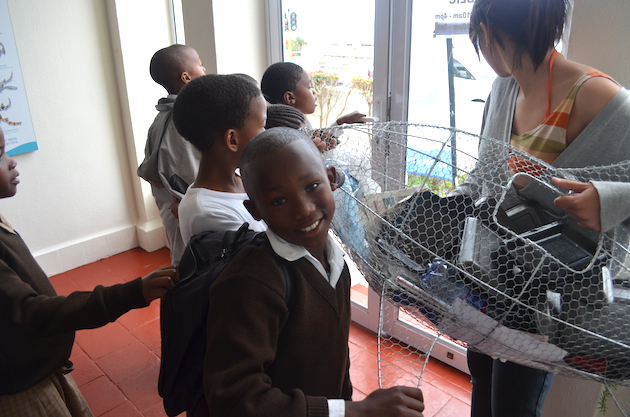 The wire shark also travelled around the peninsula collecting litter. It went on a beach cleanup on Kommetjie and Noordhoek beaches with the Shark Centre team and others. 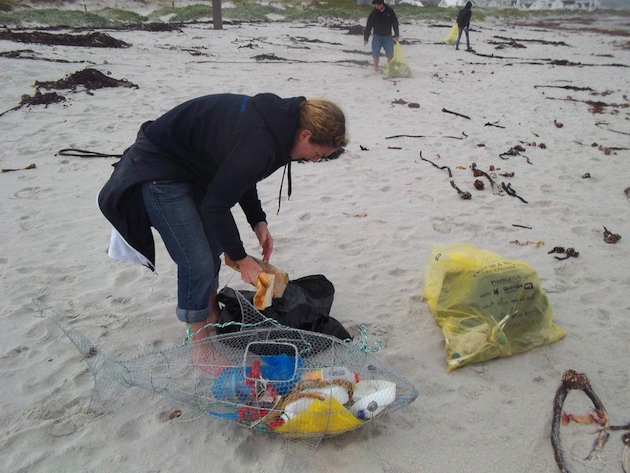 By the end of the month the shark had a full belly of litter, which will be sorted for recycling. Thank you to everyone who helped cleanup beaches and surrounds and who contributed to the wire shark’s belly. 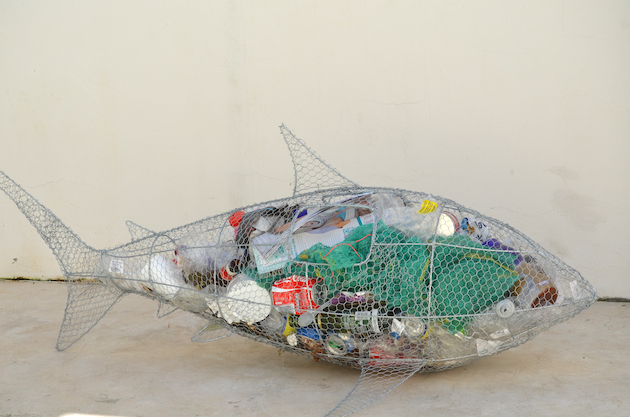