It was a beautiful morning at Seal Island with calm seas, light winds and warm weather. Seal activity was high, many large groups were observed leaving the southern part of the island providing plenty of hunting opportunities to the sharks. However, the sharks were nowhere to be seen before sunrise, with no predation events observed. The winds were light and variable in the morning and eventually settled from the North. Sea surface temperature was 14°C and vertical visibility was 8 metres. About an hour after anchoring at the launch pad (south end of the island), we had a visit from a beautiful female measuring 3 m. She swam around the boat for 15-20 minutes giving us a good opportunity to get dorsal ID’s and underwater footage of her body markings before diving down into the depths below. The rest of the day passed by with no more shark activity. 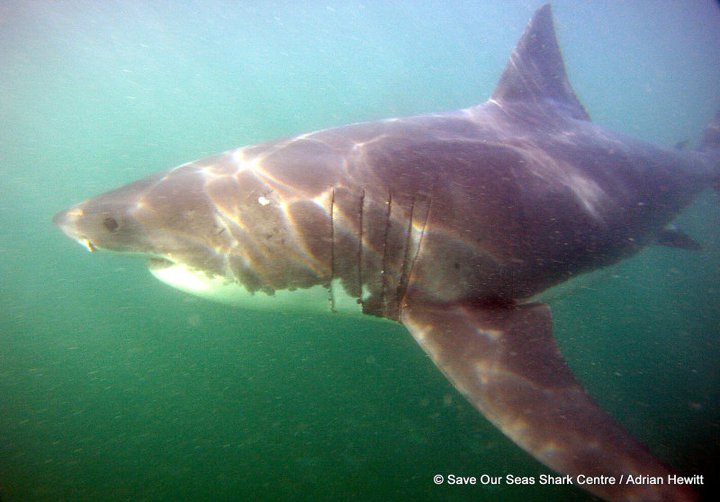