Wow! Hunting white sharks were exploding from the waters around Seal Island today. 15 predation attempts were observed, 10 of which were successful. Whilst on anchor 7 different sharks ranging in size from 1.8 to 4.0 metres visited the boat. The largest of the sharks was re-sighted from last season, a female called “Ike” named in short after Ikelite (manufacturer of the wide-angle lense and underwater housing she had once nibbled). We had one predation in the afternoon which started with a full breach just off the bow of the boat and a short chase ensued. The shark fatally wounded the seal about 15 metres from the boat and then proceeded to eat his lunch. One really has to admire the athleticism, stamina and acrobatics shown by the sharks and seals in this cat and mouse game. What a fantastic start to July! 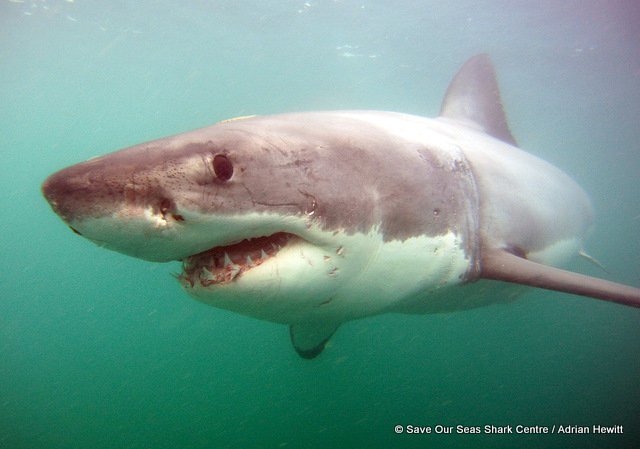