The South Westerly swell was huge (around 5 m) this morning and was breaking hard against Seal Island. The entire western side of the island was engulfed to the top when a large set rolled through. Three predation attempts were recorded, none of which were successful. Once on anchor a 3.2 metre female circled the vessel a few times allowing us to get good underwater footage for our ID catalogue. She is missing the right hand side pelvic fin, but the left side appears fine. This could be as a result of just about anything from another shark, to fishing line, to disease, infection or it may have even been born this way. She lost interest in us after 5 minutes and dived down, not to be seen again. The activity around the boat is extremely low for this time of year. We have been getting 0 – 4 sharks per trip, whereas Gansbaai boats are reporting upwards of 25 sharks per day. We’re holding thumbs the activity picks up tomorrow. 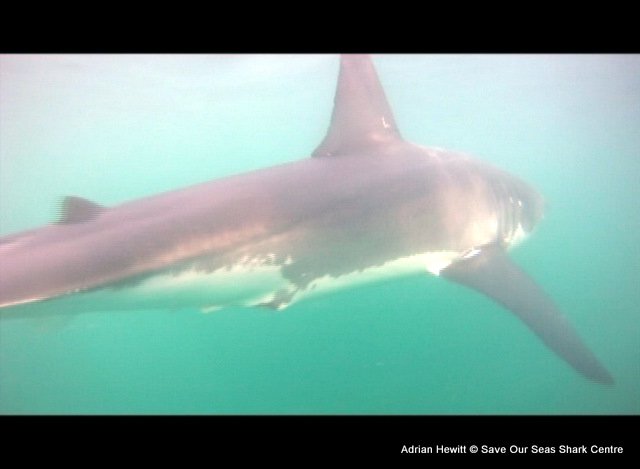