Weather conditions were poor again this morning with fog blanketing the entire bay. The swell was still big and continually breaking around the island. However, this did not deter the sharks from going all out to try and catch the seals. Water visibility had dropped to 7 m vertically and cloud cover was 100%. Reduced light penetration into the water column due to poor water clarity and overcast skies may create ideal hunting conditions for ambush predators like the white shark. We had 4 predation attempts, one successful, on the launch pad and a couple of other breeches that did not progress any further. After the kill had been made 4 different sharks surfaced and circled the boat in the vicinity of the predation. Some team members have not witnessed this behaviour before which made the sightings very special. It appeared that the sharks sensed a kill had been made and were searching for the carcass No chum was used to attract the sharks to the vessel they simply came up to investigate the boat on their own. A large male showed particular interest in the boat and circled us for at least 10 minutes. We observed some very nice shark interaction with this large male who was covered in scratches. 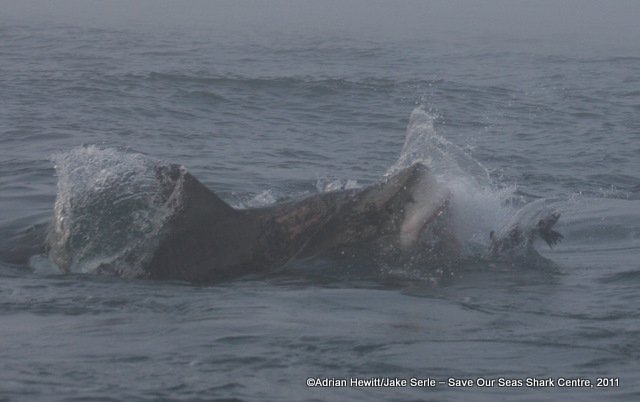