Save Our Seas Participates in 21st Annual Hermanus Whale Festival

Save Our Seas took part in the 21st annual Two Oceans Hermanus Whale Festival, where thousands of visitors gathered in the coastal town from 28 September to 1 October to watch the whales and take part in the myriad of festival activities.

One of the highlights of the Whale Festival this year was the Marine Endangered Species Marquee, which was coordinated by Kim “Sharklady” Maclean. A variety of marine conservation organisations exhibited in the Marquee, including the Save Our Seas Shark Centre, Dyer Island Conservation Trust (DICT), Sea Shepherd SA and the South African Shark Conservancy (SASC) – engaging the public about their work and the need for continued ocean conservation. Crowds gathered for the regular and engaging talks by marine organisations and experts in the Marquee, including Save Our Seas funded researchers Meaghen McCord and Tamzyn Zweig. Paul and Zanele from the Save Our Seas Shark Centre enjoyed meeting new supporters and chatting to interested members of the public at the Save Our Seas stand. 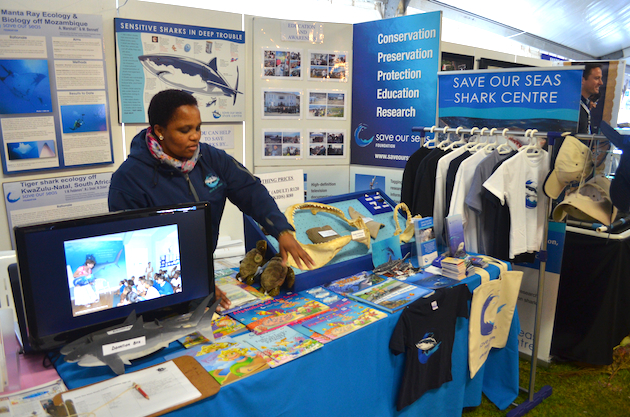 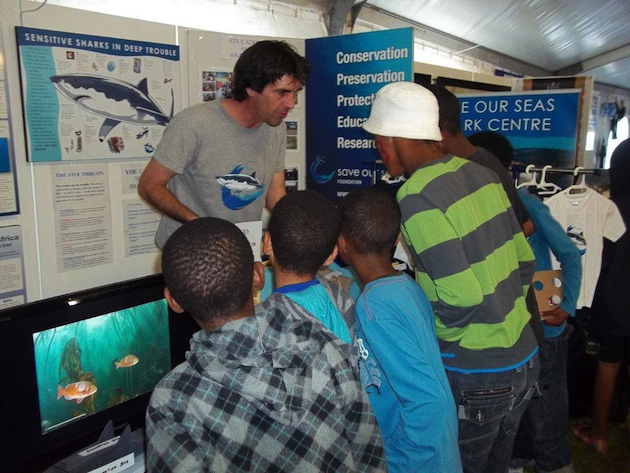 Organised by Sharklady, the kiddies tent adjoining the Marine Endangered Species Marquee offered fun activities including a mini-cinema and a Save Our Seas kiddies colouring-in area, which proved to be very popular. Hourly prizes were awarded to children for their colorful and creative colouring-in pages by Save Our Seas. 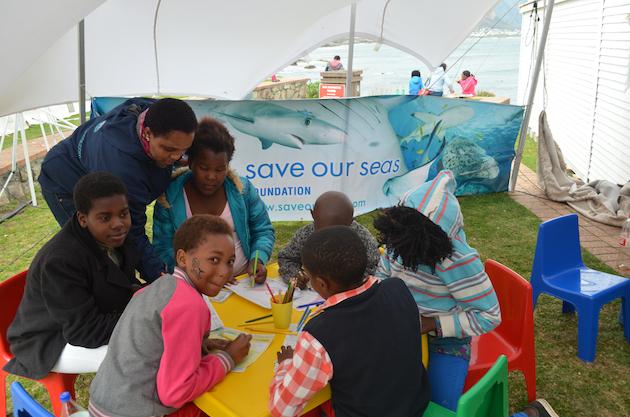 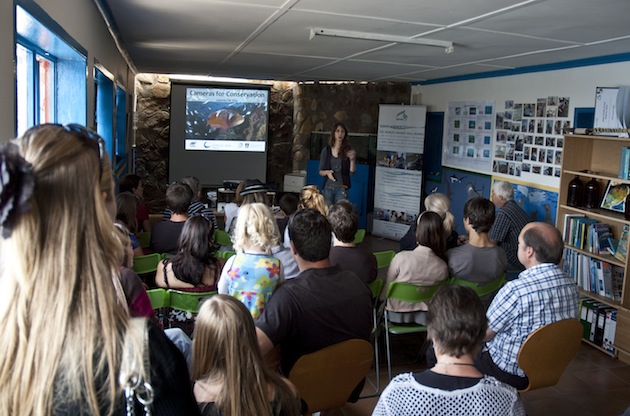 The theme of the Festival, ‘where the whales meet’, was very appropriate, as visitors were delighted to see many passing whales from the Festival’s vantage points above the Old Harbour in Hermanus. 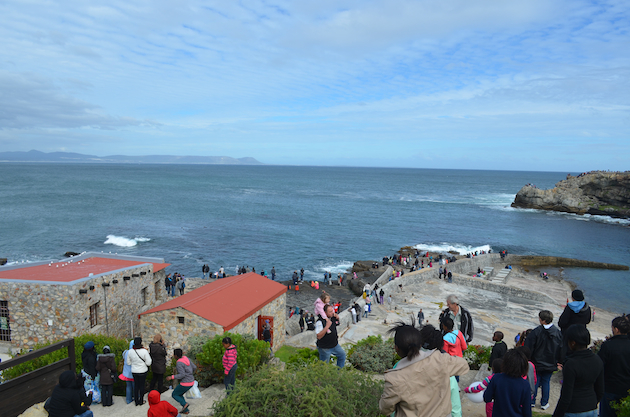 Many thanks to Sharklady, SASC, volunteers and others who made the event such a success.