Marine Week with the Shark Centre in South Africa

Recently the Save our Seas Shark centre worked closely with some of our partners in taking the message of conservation to disadvantaged communities, as part of our contribution to National Marine Week.

First, we teamed up with Iziko Meuseums as part of their schools outreach programme at primary schools in two suburbs of Cape Town, namely Ocean View and Strandfontein, where we presented a shark talk. 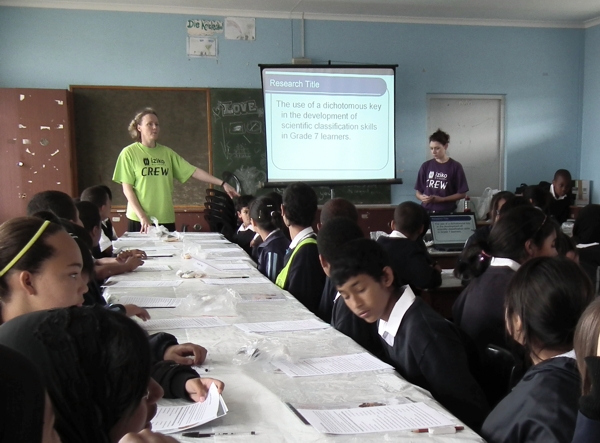 The museum created a big hit with the kids around their specimen table where the little ones got to see and touch many different shapes and sizes of preserved animals. 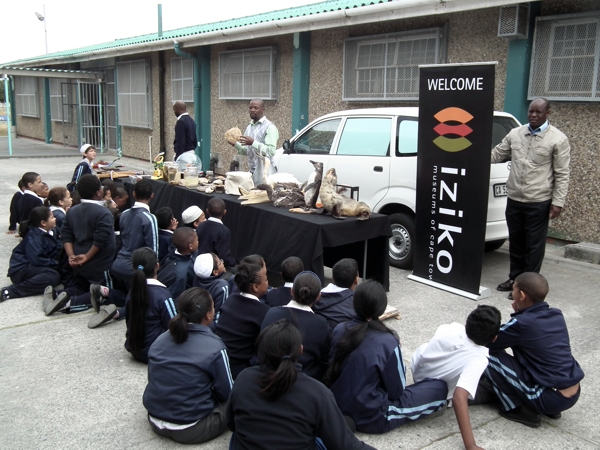 Some of the museum staff with their display.

We also teamed up with the Isiqalo Foundation at Masiphumelele township where we presented a shark talk to the “Waves for Change” graduates. Waves for Change offers an introduction to surfing for the complete beginner whilst using beach and water exercises to address social and health issues that contribute to the continuing contraction of the HIV virus amongst youth and young adults. The course also directly addresses the behavioral habits that contribute to the virus’ continuing proliferation and aims to empower participants to become leading advocates for a first ever HIV free generation. Save Our Seas Shark Centre educators helped to allay the budding surfers’ fear of sharks. 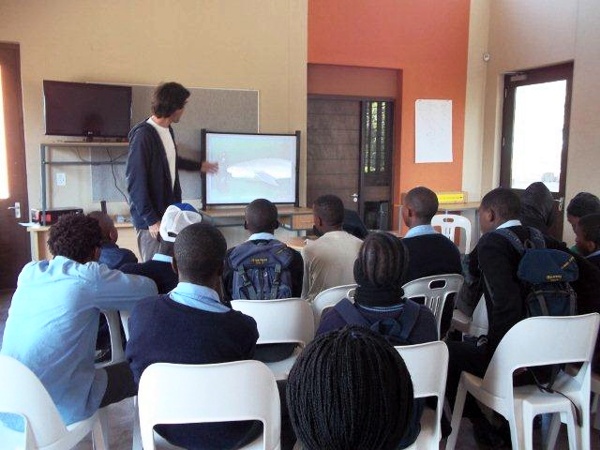 Another group we joined in their community outreach was SHAWCO (Students’ Health and Welfare Centres Organisation) from the University of Cape Town. SHAWCO has a long and respected history of welfare, development, and education interventions. Jointly organised by the UCT Underwater Club, this outing involved a visit to the Two Oceans aquarium at the V&A Waterfront, where the kids were wowed by the many fantastic marine displays. Here we gave them a brief talk on the plight of sharks – something they had never considered. 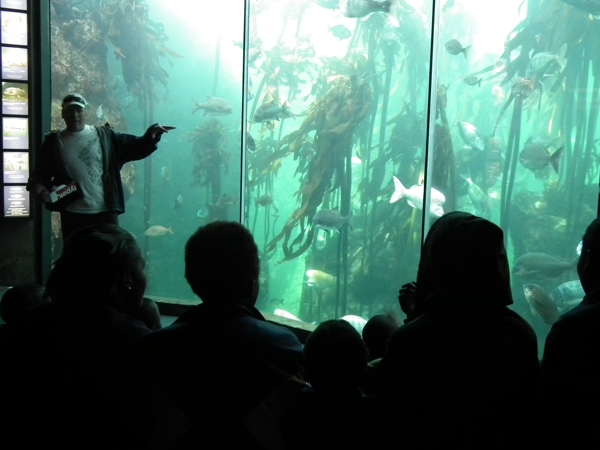 Kevin gives the SHAWCO youth a few pointers about sharks at the 2 Oceans Aquarium.