Forty-five young learners from James House in Hout Bay, visited the Save Our Seas Shark Centre on Friday 5 October to learn more about sharks and marine environments. The children, who ranged in age from 12 to 14 years, were delighted to have a hands-on lesson learning about the Cape’s rocky shore ecology during their school holidays.

The outing started with a look at the Shark Centre’s small aquarium and a presentation by the Shark Centre educator, Paul Millar, introducing the children to the marine environment they would explore at the beach later in the day. 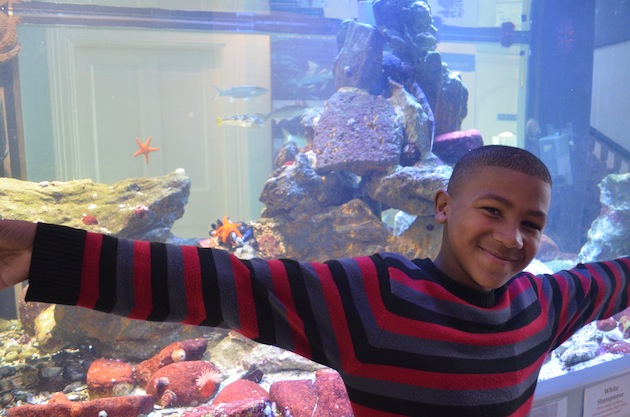 After learning about barnacles, whelks, limpets, sea urchins, starfish and the importance of biodiverse and functioning ecosystems, the children and teachers headed over to Dalebrook Beach to encounter these plants and animals first hand.

The children had a wonderful time exploring the myriad of small rock pools, and were excited to see each rock pool’s unique collection of marine plants and animals. 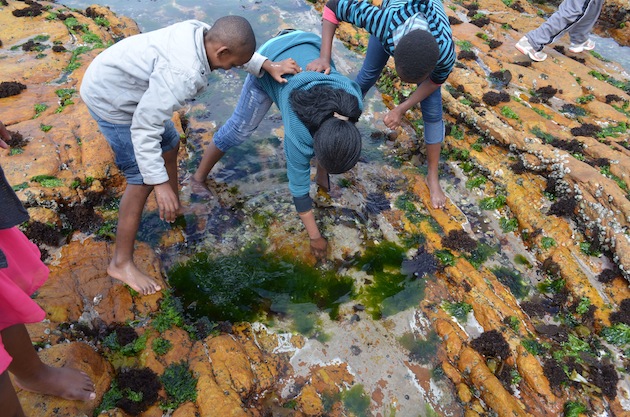 After the outing to the beach, the children returned to the Shark Centre to learn more about sharks, their importance in the oceans and the threats facing sharks. It was great to see how the children’s attitudes towards sharks changed over the course of the outing from being initially scared of them to being concerned for their well-being. 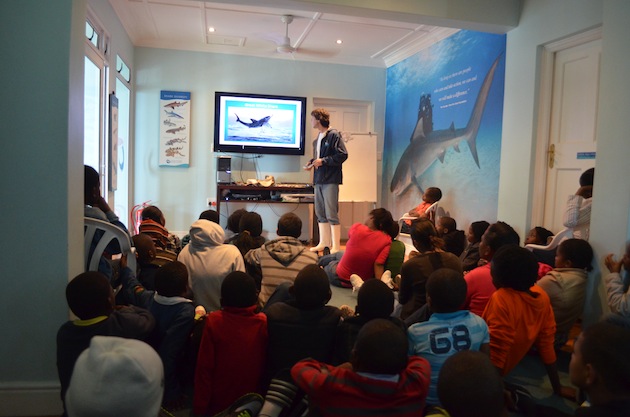 Thanks to James House, which has served as a place of safety for abused, abandoned and neglected children from the community of Hout Bay since 1996, for supporting this social outreach initiative.