Holiday Club at the Shark Centre

After running successful holiday programmes for kids over the past few summers, we decided that it was time to do something similar in the winter school holidays. We would have been happy with a few gaps in the icy winter weather, but we got more than we could ever have hoped for – all four days were warm, windless and sunny, and the winter holiday club had a distinctly summery feel to it. 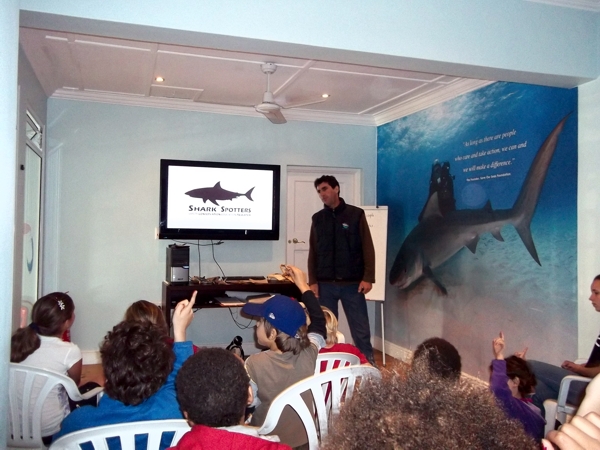 Our first day started with a shark lesson where we learned a whole lot of shark facts, particularly the crucial role that these often misunderstood animals play in maintaining a healthy ocean, and how this benefits us humans. Then it was off to the beach for a treasure hunt for the biggest, smallest, slimiest, most beautiful objects imaginable. It was great to see (yet again) how much kids enjoy getting to grips with all the seemingly weird stuff one finds washed up along the shore, and how much they learn as they do so. 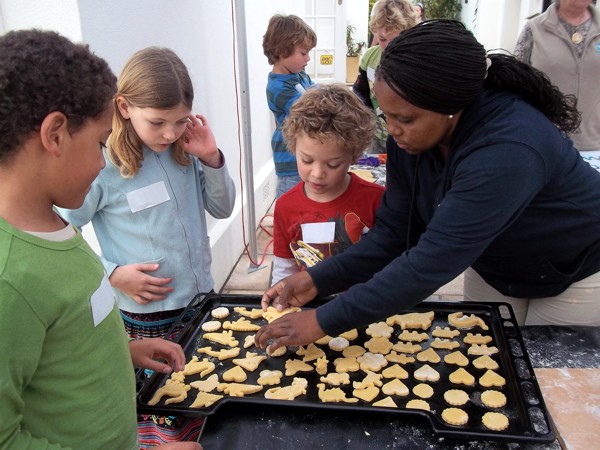 The next day the holiday-clubbers evolved into an efficient biscuit-making production line. Ingredients were mixed, dough was kneaded and funky sea creature shapes created. After a short movie while the oven did its thing, the decorating began in earnest with colours as bright as a pristine coral reef. At the end of the morning, happy children left clutching a box of delicious, albeit lurid, marine-themed biscuits. 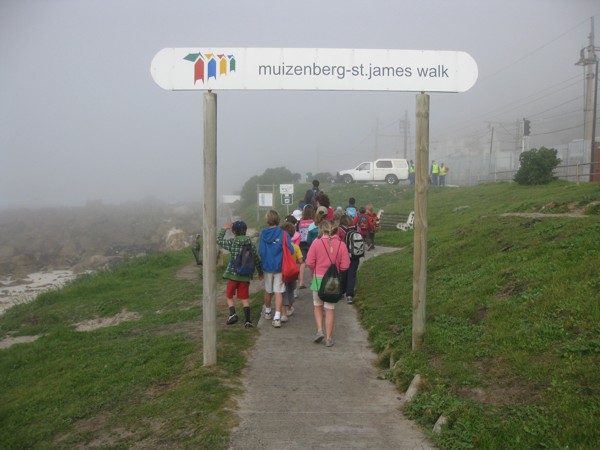 After our indoor baking day, we needed an outdoor adventure. Not to be put off by thick coastal fog, we hopped on the train at nearby Kalk Bay station and headed for Muizenberg. As the train doors slid open an unmistakeable odour erupted – red bait! Muizenberg corner was buried under massive mounds of the decomposing pods. None of us had ever seen it in these quantities, and with a prolonged spell of flat seas and windless weather (conditions not usually associated with redbait being washed up), we are still searching for an explanation (does anyone have one?). 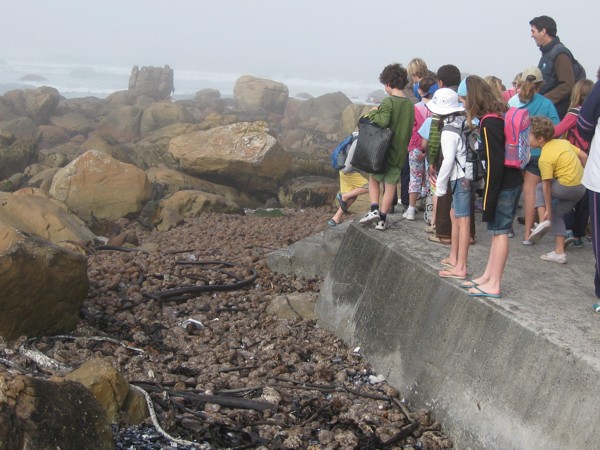 Fascinated but somewhat nauseous, we started our hike along the St James coastal path. A shell hunt, bird watching, a three-legged spiny starfish and numerous anemones later, we reached the tidal pool for a welcome lunch. As we ate, the mist lifted and soon we were swimming in full sunshine. Then it was onwards to the Save Our Seas Shark Centre in time to hand over some exhausted children to their parents. 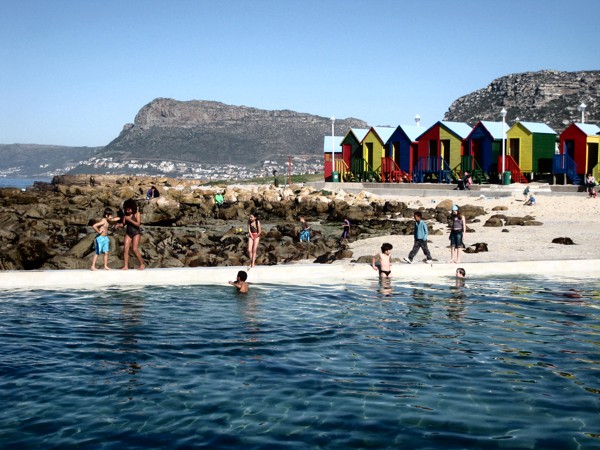 On our last day we were blessed with a spring low tide so there was no better way to spend the morning than in the rock pools at Dalebrook beach. The flat sea and continued sunshine complimented the colourful collection of animals we discovered, and we even had a go at snorkelling. The children were excited to find a fertilised shark egg-case washed ashore in a tangled mass of fishing line, and proudly carried it out to the kelp forest where it should continue developing. 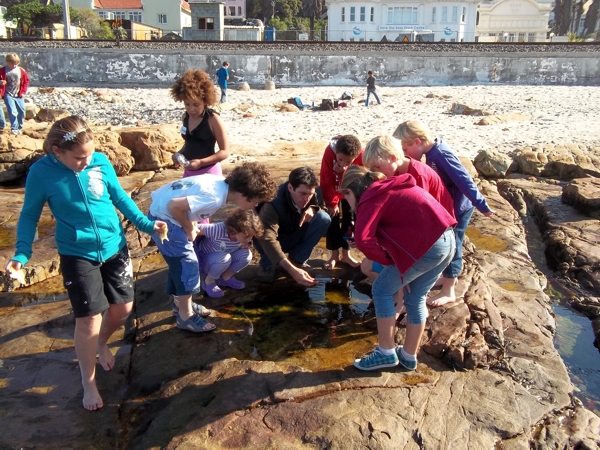 The kids really enjoyed themselves throughout the programme, and hopefully tired parents got a bit of rest as well. This is the first time that we’ve been fully booked, and while it is really encouraging to see interest in the holiday club grow, we were sorry to turn people away. It’s great that so many parents understand the value of this kind of experience in the development and education of their children – we’re going to have to do more of this sort of thing. Bring on the summer!