Thursday 15 November marked the second in the series of Marine Conservation Speaker events held at the Shark Centre during the month of November. The talks, which are free and open to the public, aim to provide a platform for marine researchers and experts to share their knowledge and passion for sharks and marine conservation with members of the public.

Hanli Prinsloo, an eleven-times South African freediving record holder, filmmaker and avid ocean adventurer, spoke about ‘Fear, risk and freedom: Freediving in the wild oceans‘. Believing in the power of storytelling and inspiration, Hanli captivated the audience with anecdotes of her freediving experiences from around the world – illustrating her underwater interactions with turtles, whale sharks, blue whales, manta rays and sharks with breathtaking photography. 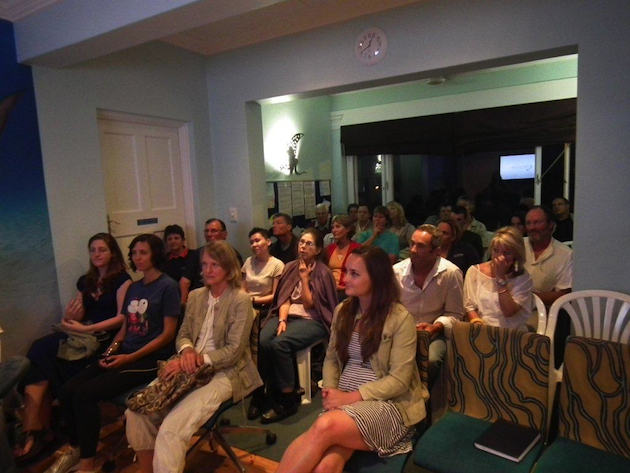 Dr. Eleanor Yeld Hutchings, who is the Manager of WWF-SA’s The People’s Coast Programme and the specialist marine biologist presenter for the award-winning SABC television documentary series ‘Shoreline”, spoke about ‘Sharing Our Shoreline’. Dr. Yeld Hutchings delighted the audience with fascinating stories and video footage from her travels around South Africa’s biodiverse coastline – from the adaptations of mangrove mudskippers to the beauty of nesting leatherback turtles in Maputaland.

Both speakers addressed the importance of communication for conservation and the power of enabling people to experience coasts and oceans to positively affect attitudes and behavior.

The Shark Centre held a lucky prize draw during the evening, which was awarded to Peter Ryan. The prize included a Save Our Seas coffee table book and t-shirt. 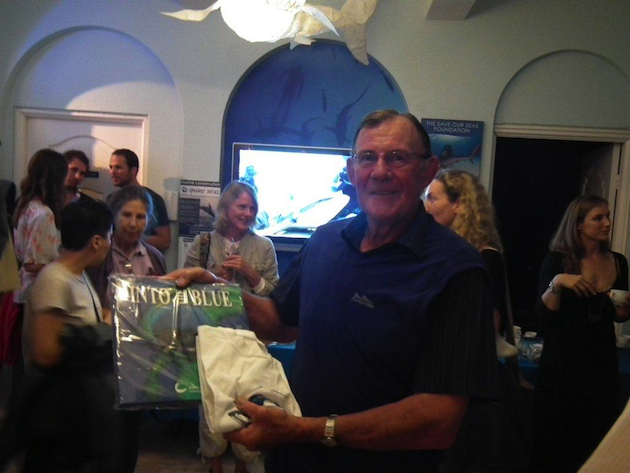