On Saturday 15 September, the UCT Underwater Club organized a collaborative diving cleanup in Simonstown, as part of their CleanDIVER initiative and to celebrate International Coastal Cleanup Day. About 70 divers from the UCT Underwater Club, False Bay Underwater Club and South African Navy all participated in this cleanup event, which was supported by PlasticsSA, SANParks, the Ocean Conservancy, Kelpak and the Save Our Seas Shark Centre.

The cleanup event was hosted at the False Bay Yacht Club in Simonstown (soon to be a Blue Flag Club and Marina), and all proceeds from the event were kindly donated to the Save Our Seas Shark Centre, to further local marine conservation efforts. Starting at 9 o’clock in the morning, the divers spent the day retrieving as much litter from the sea as they could, finding a variety of interesting artifacts and litter including cell phones, tyres and even a laptop. 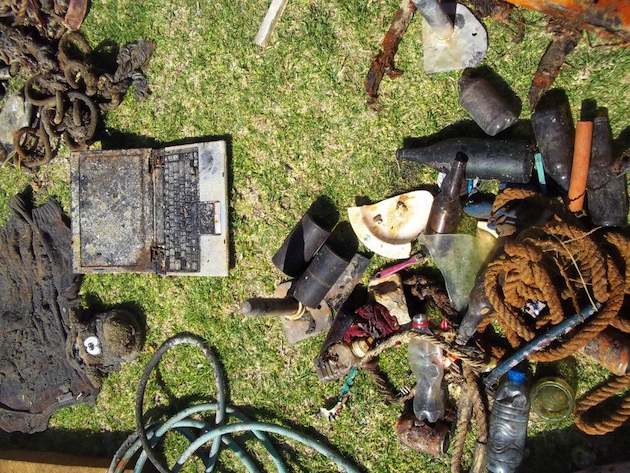 The “volume of rubbish collected was evidence of the incredible effort of all involved” said Paul Millar of Save Our Seas Shark Centre.

This year marks the 27th annual International Coastal Cleanup, where volunteers around the world united to clean up litter affecting our oceans. According to the Ocean Conservancy, over nine million volunteers have participated in ICC to date and have removed one hundred and fifty-three million pounds of trash in 153 countries and locations. Apart from cleaning up, the ICC is also about recording data of what was collected, using standardized data cards. This information is extremely important in ensuring that the ICC plays a preventative role by identifying the sector or activities from which the rubbish stems. 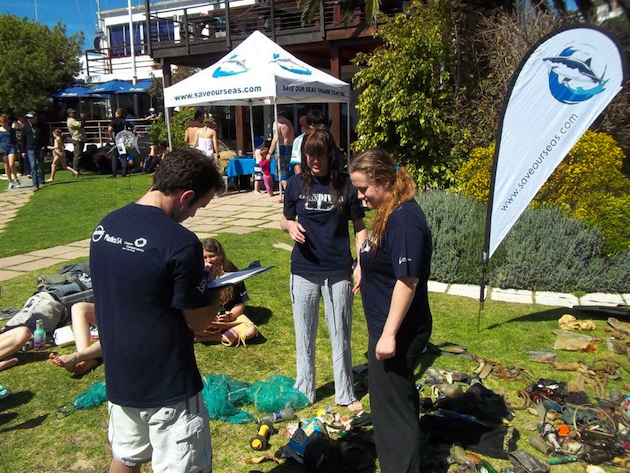 The CleanDIVER event culminated in a prize giving ceremony, where Keith Soal won a prize for finding an entire (fully preserved) Dutch new testament bible, Thomas Morris and Ray Siebrits won the prize for collecting the most items and Jessie Berndt won a conservationist prize for rescuing several small creatures distributed throughout the rubbish.

It’s great when everyone can have fun while being involved in cleaning up – and this was certainly the case at the UCT CleanDIVER event on Saturday. The Shark Centre sincerely thanks all partners and volunteers for their real contribution towards litter free oceans.