Busy weekend for the Shark Centre

This past weekend saw the Shark Centre represented at 4 local events, to foster awareness of the plight of sharks. Many questions from the public were related to the recent shark incident in Fish Hoek, with most people being grateful for the work we are doing. Inevitably there are the usual detractors who are once again calling for human intervention in the form of shark nets, culling, and the like, but by and large public perception of sharks is improving. 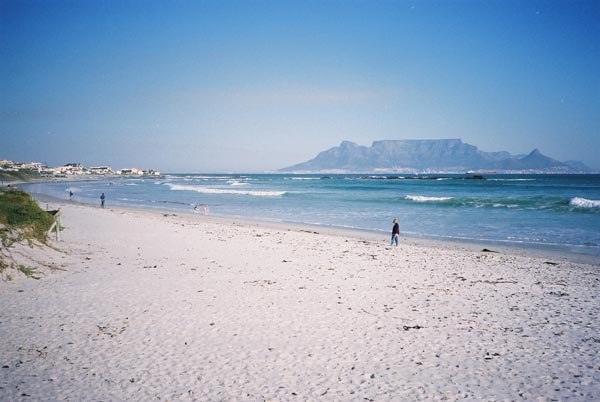 The SA Bodyboarding Champs were held at Big Bay, and we were there to spread the word about shark conservation. 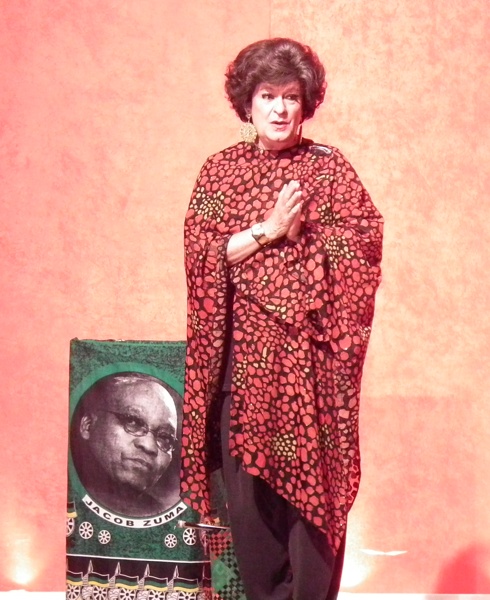 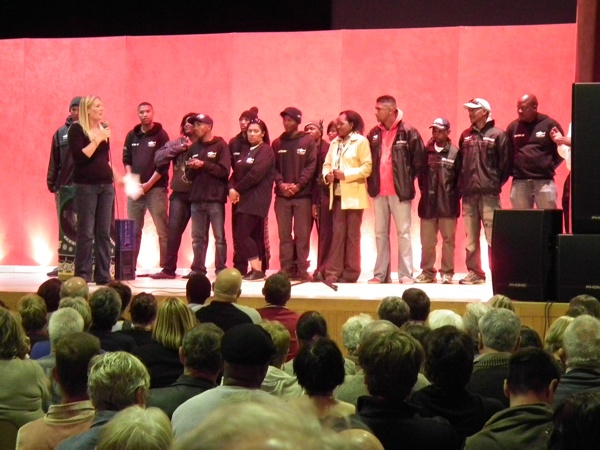 The Sharkspotters Crew on stage receiving a round of applause from the audience. 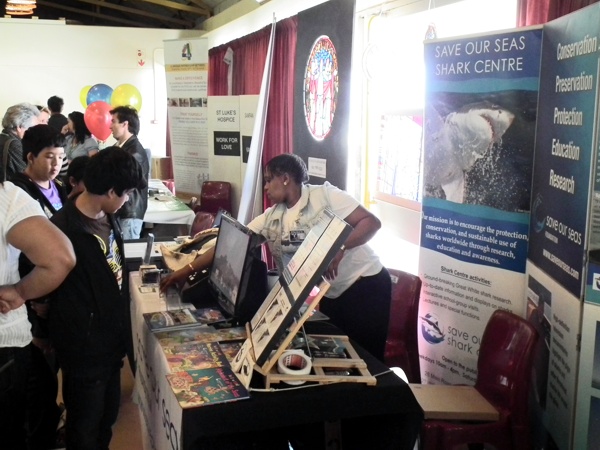 The Best In Business Expo in Muizenberg was yet another platform for the message of shark conservation and awareness to go out.