The Save Our Seas Shark Education Centre kids holiday club offers a stimulating opportunity for kids to express their insights, observations and understanding of their natural environment through the creation of art and activities. They are given the opportunity to learn about the ocean and why it is important to all life on earth. The program consisted of 2 half day sessions. The first day began with introductions and favourite sea creatures, then it was into the ship classroom for the first activity. The day started with the kids making their own ‘jellyfish in a bottle’. This was one of many messy but fun activities!! The kids were also given a small lesson on plastics in the ocean, and how they themselves can help to reduce the amount of plastic bags that are often mistaken as food by turtles and other marine life. 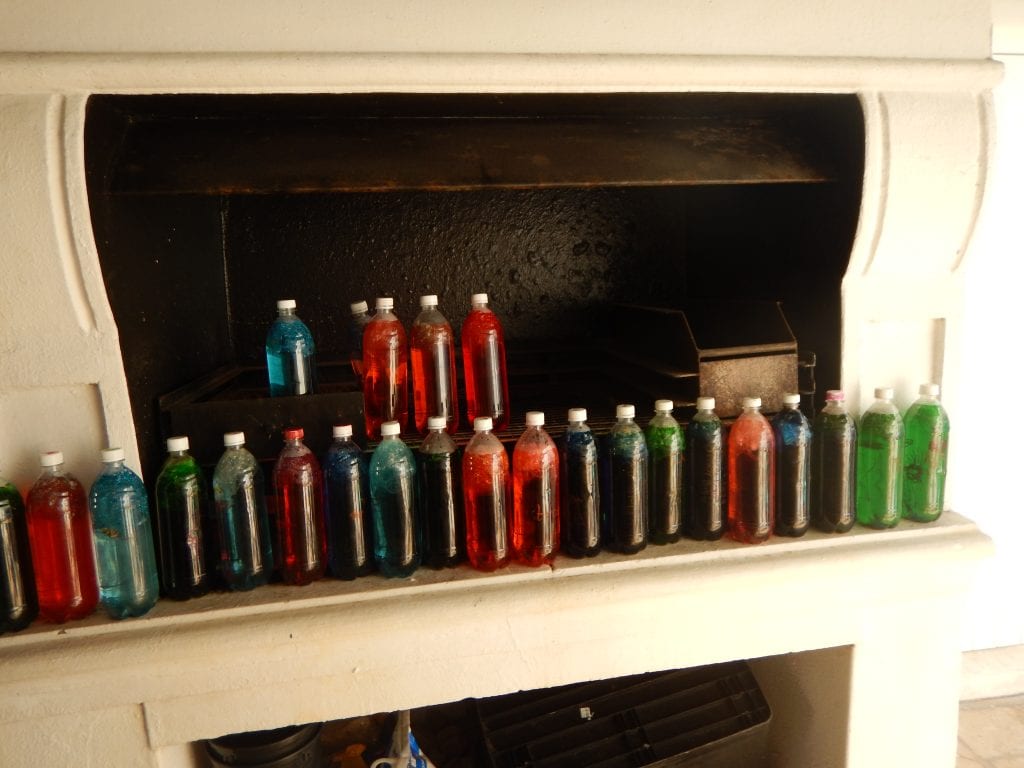 Once the activity was finished, it was over to Dalebrook beach where we played ‘Feeding Frenzy’. This game is not only fun, but also teaches the children about the difficulties that many animals incur when looking for food, as they often ingest plastic mistaking it for food. This game is very enjoyable and also helps the children to understand one of the problems many sea animals face today. They even enjoyed being tied to their partners and running around the beach! 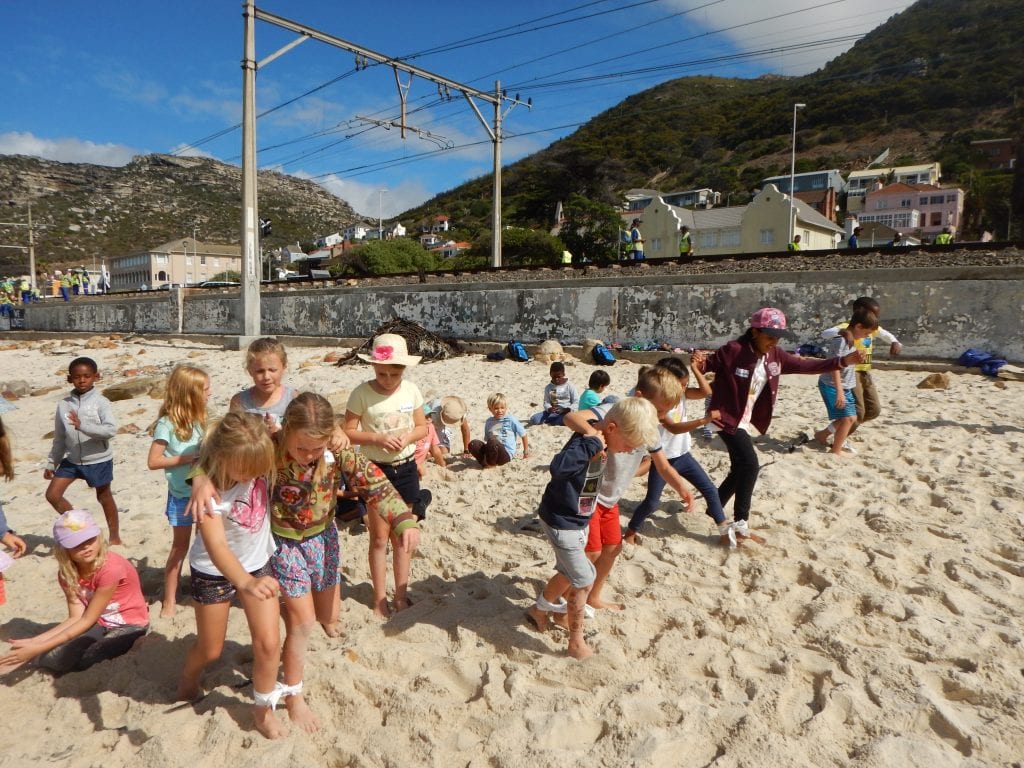 The children playing "Feeding Frenzy" - and feeling what it is like to be entangled while trying to get as much food as possible! 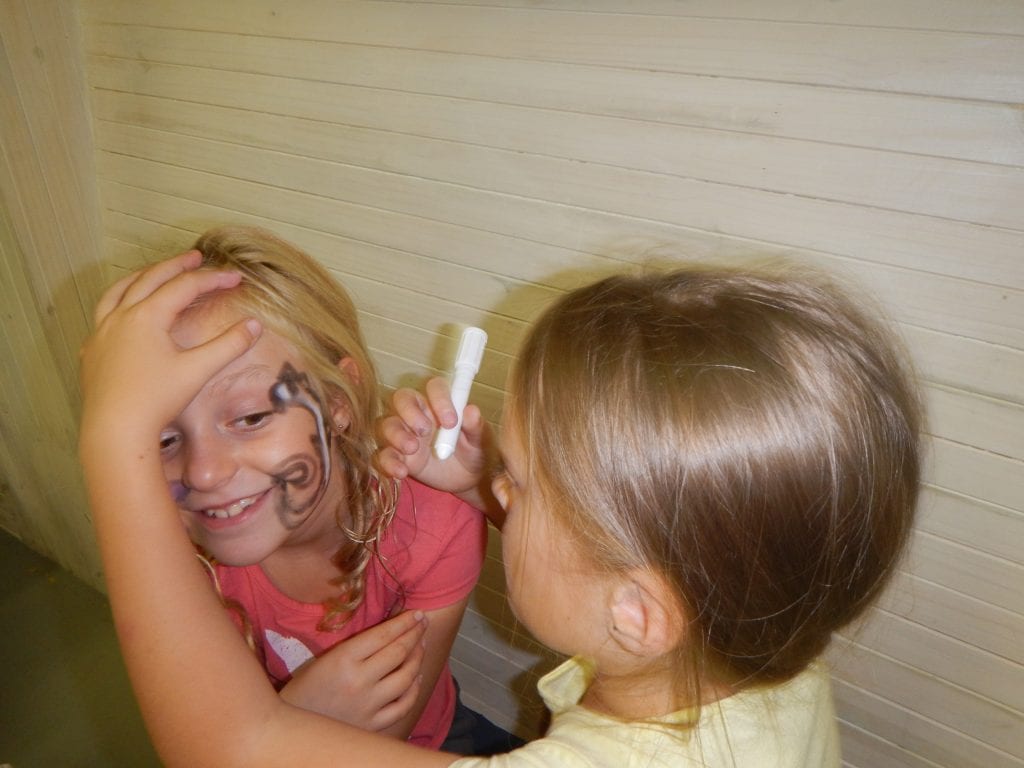 What will she become?

In the afternoon there was face painting, a fun way to dress up but without the costumes! Just check out these works of art created by the children and the education team. 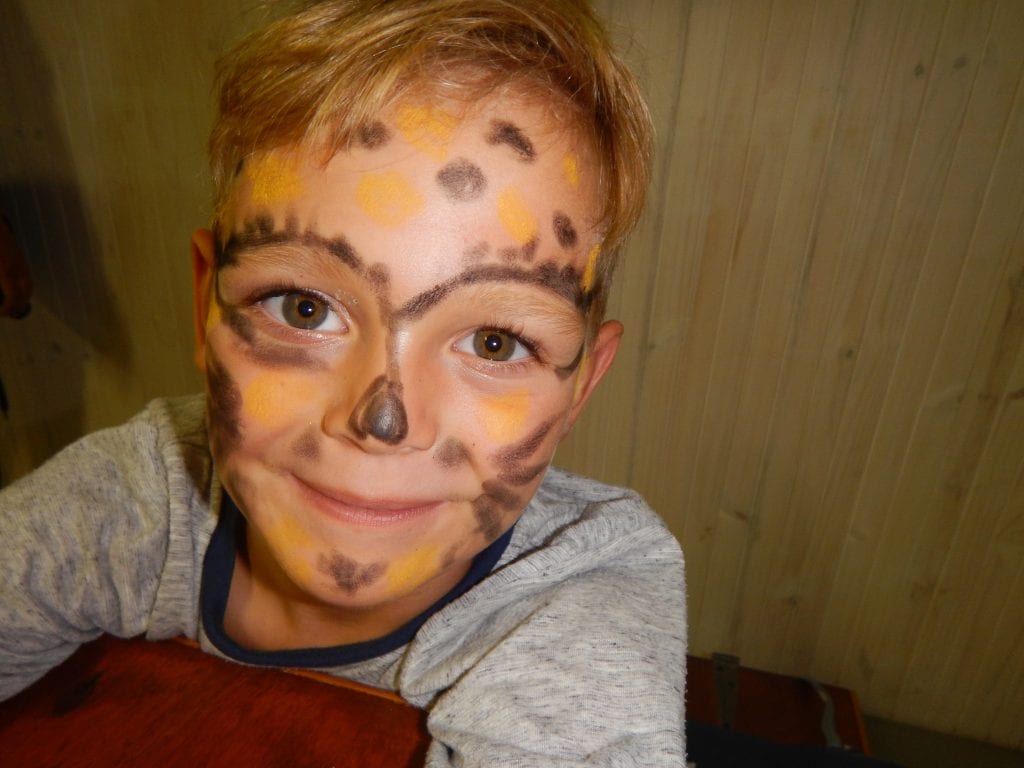 The day finished with the Great Easter Egg Hunt. The children were given pictures of a shark or ray’s egg case, and they were then instructed to go into the garden and hunt for a matching egg. Once they found the matching egg, they were rewarded with a real Easter egg! 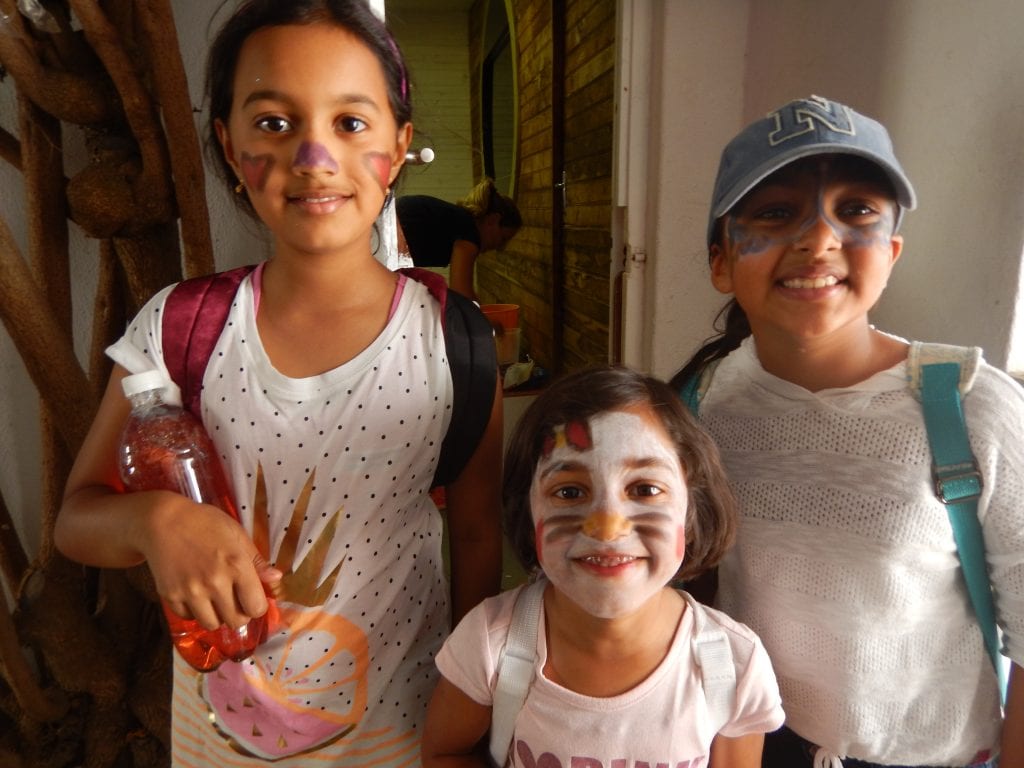 When the day was over, the parents were met with a lot of messy but very happy children.

The second day began with baking cookies. Not a science but an art where imagination reigns supreme and the children certainly used their imagination. There were cookies shaped like whales, turtles, dolphins, sharks, stars and the list goes on. The kids were able to express their creative side and made a great deal of mess, but from this mess came tasty cookies. And the best bit? They all got to take them home and eat them. 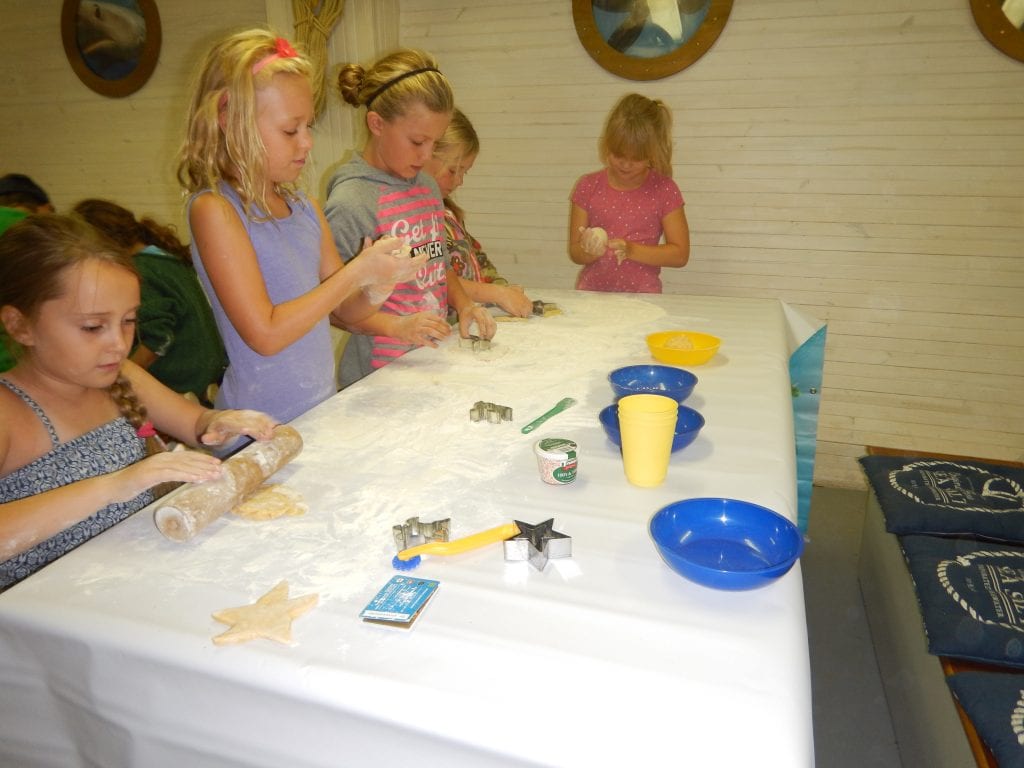 Whilst the cookies were baking in the oven, we went for a walk down to the Kalk Bay harbour. Here the children were able to feast happily on an ice cream while watching the fishing boats come in and the harbour’s resident  big, blubbery Cape Fur Seals waiting around for a kind fisherman to throw them a piece of yellowtail or snoek. 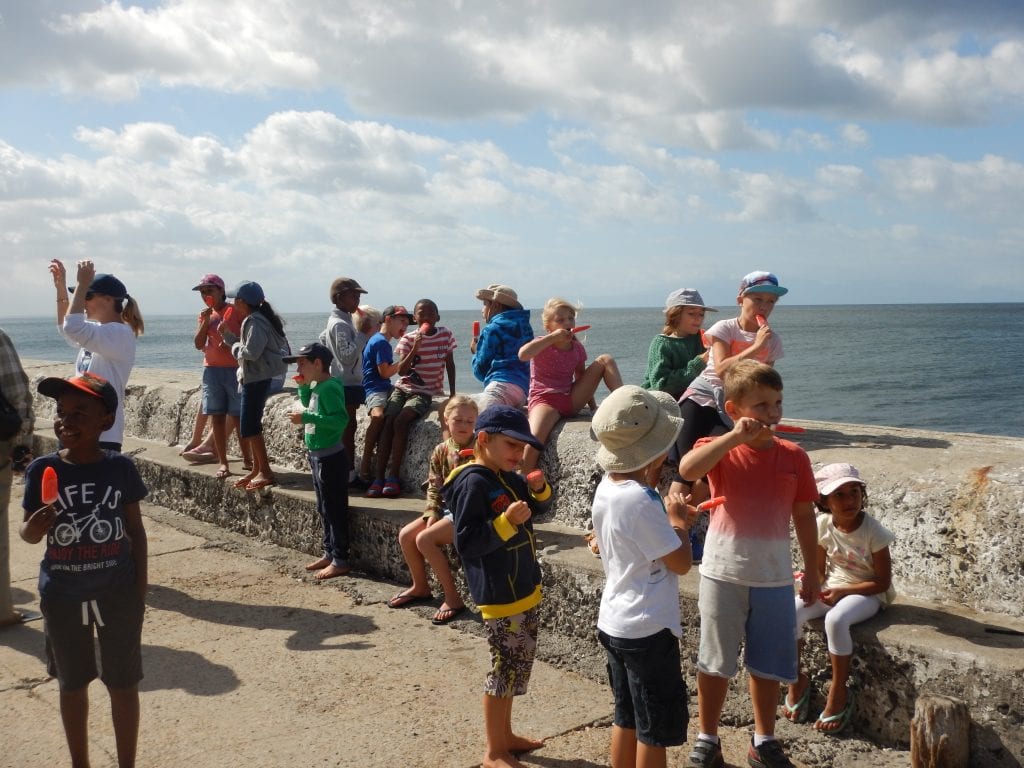 It was then back to the beach to collect trash, which the children used to create a piece of art when we arrived back at the centre. Each group was given a letter, on which they stuck the fragments of plastic or foam or any other non- biodegradable bits of material they had found. Once everyone had finished, the letters were stuck to a piece of paper and hung up on the wall. The sign said ‘No Plastic’, a simple but very effective way of showing the children how much plastic and other waste there is in the environment. 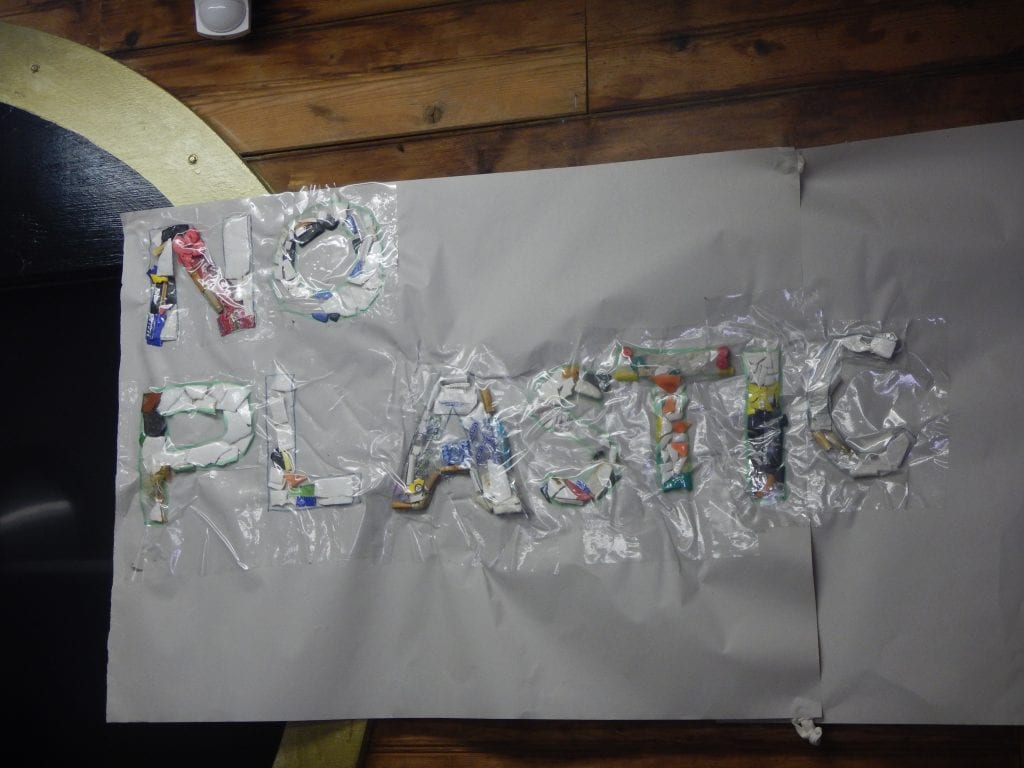 The Holiday Club finished with a movie, The Shark Riddle, an informative and fun movie which hopes to instil a passion for these fascinating creatures. 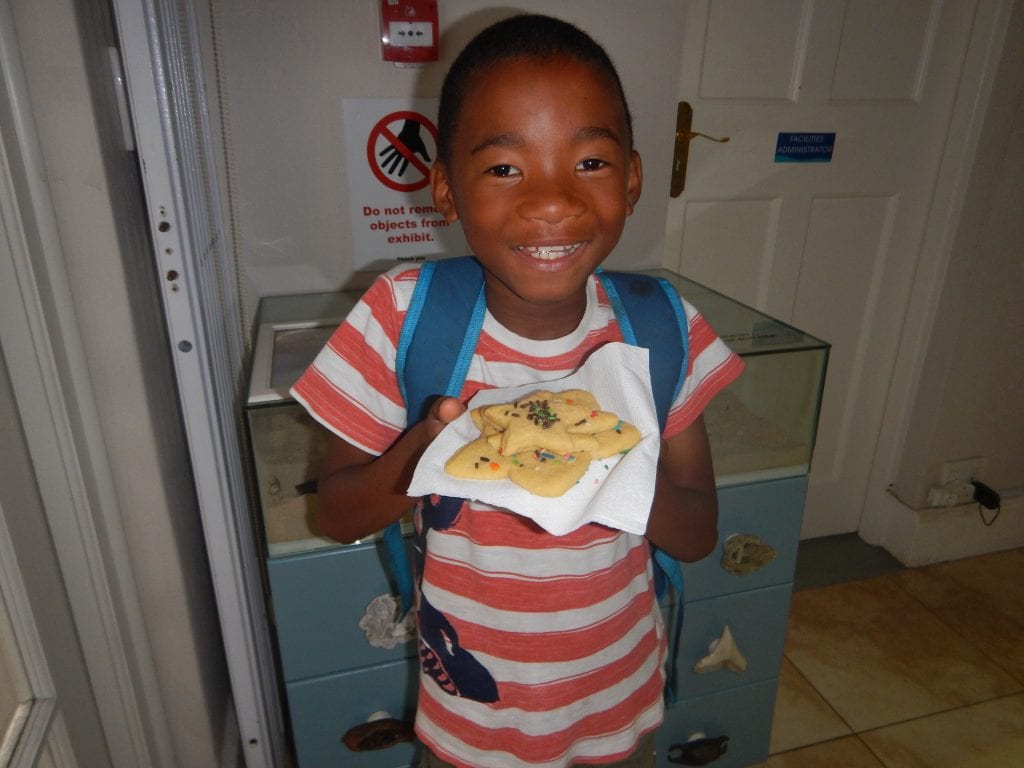 As the children left, there were some very big smiles, not merely because they could collect their cookies, but because they had enjoyed their time with us so much. Children learn through the process of playing games, and through this process they are able to understand a new concept or take on a different perspective. They also learn a variety of important skills, such as team bonding and good sportsmanship. This club taught the children to work and play together, to help each other and to use the knowledge gained to do what they can to help the environment.