Forest rehabilitation
No records exist of the flora of D’Arros prior to 1882, by which time most of the native vegetation on the island had been replaced with coconut palms. Soon after D’Arros came under private ownership in 1975, the plantation was abandoned and today approximately 66% of the island is overgrown by coconut palms.

In 2010, a series of experiments was initiated on D’Arros in an attempt to develop a cost-effective, simple and yet efficient technique to rehabilitate the coconut forest. Although the primary target of this research was the restoration of large sections of D’Arros, a secondary objective was to encourage the initiation of effective programmes on other islands that need to be rehabilitated. The resulting protocol was termed the ‘canopy rehabilitation method’ as it involved preserving the upper coconut canopy in order to provide a shaded environment on the forest floor. The benefits of the method were improved survival and growth rates of planted native forest seedlings; reduced establishment of the herbaceous layer and other invasive plants; and enhanced natural regeneration of the indigenous vegetation that remained.

It was expected that once the native trees formed a mid-level canopy of their own, the remaining coconut palms could gradually be eliminated by injecting herbicide into their stems. Compared to clear-cutting, this method proved to be less labour intensive, did not require the use of heavy machinery or expensive equipment, improved the survival and growth rates of planted tree seedlings, promoted the natural establishment of native plants, and limited population explosions of invasive alien plants. Consequently a strategy for a large-scale programme was devised and implemented in May 2010. The rehabilitation protocol is described in detail in a recent scientific publication (link to paper). 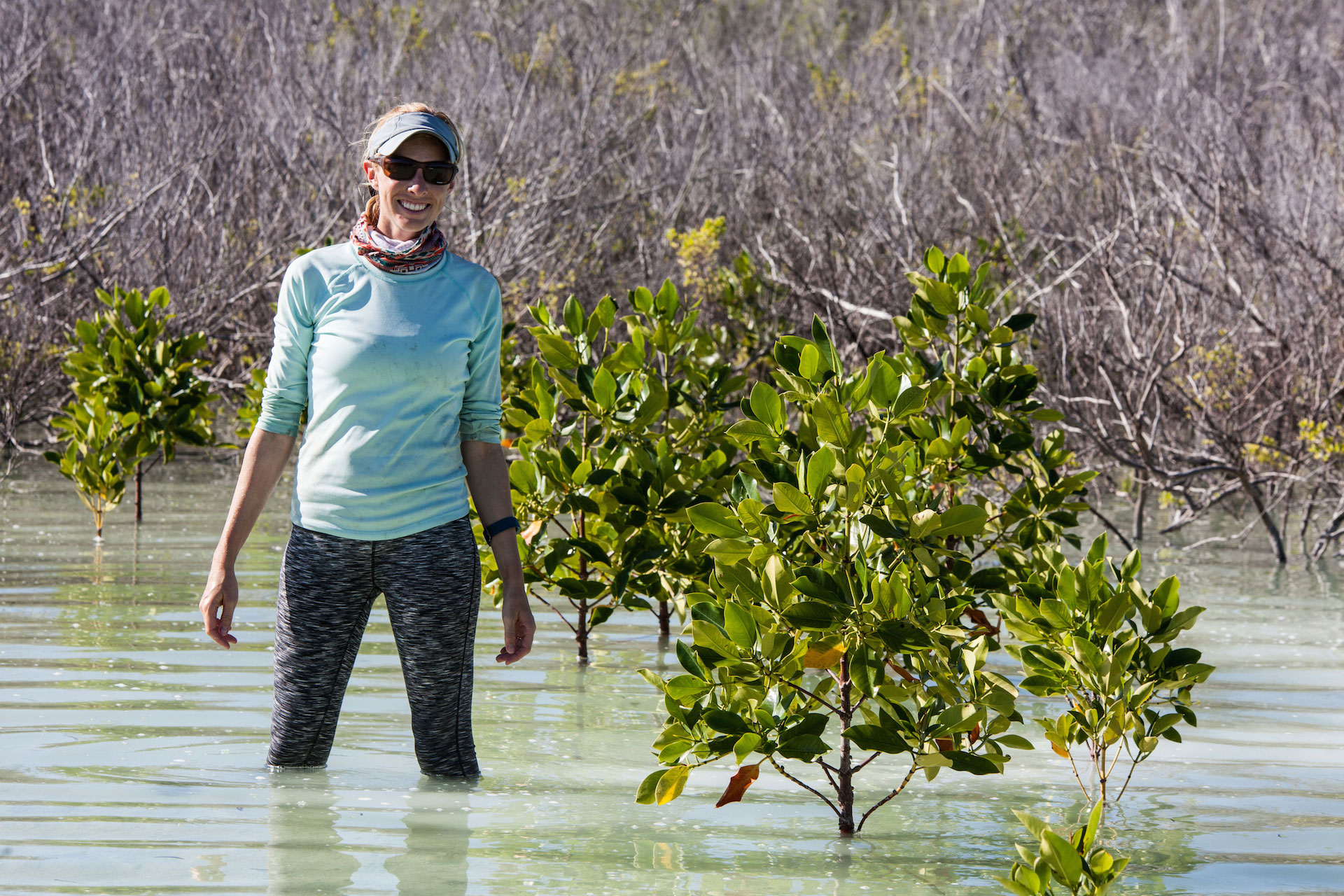 Mangroves are a vital component of healthy atoll ecosystems in that they significantly improve biodiversity and productivity. Specifically, they:

Although there is no historical record of the distribution and abundance of mangroves in the St Joseph Atoll, they were almost certainly more abundant in the past. Mangroves were heavily exploited in Seychelles during the 1800s and 1900s for timber (the wood is resistant to termites). At one time more than 100 people lived on St Joseph Island and there is little doubt that mangroves were heavily depleted. Today, only remnant stands of red mangrove occur at Benjamin, Paul, Chien, Fouquet and St Joseph islands and because they are small, current expansion is slow. Mangrove stands tend to gain momentum as they expand in size; over time, increasing numbers of prop roots trap more silt and slow the water flow, making conditions more suitable for saplings. In order to accelerate stand expansion and create new stands in suitable areas, a mangrove reforestation programme was initiated in 2014.