What’s in a Nest?

Being on a tropical island, one would imagine spending every moment snorkelling or diving to look at fish and marine animals. But as a birder, I found that it was the opportunity to learn about seabirds, a group of birds which are nigh impossible to find in my native land-locked country of Switzerland. But on D’Arros we find seabirds living closely with terrestrial species like the endemic Seychelles fody. Watching their nesting and breeding behaviour is the best way to learn about a species’ function. From the way the parents brood their eggs, to the rituals when changing guard (when one parent takes over the watch and the other leaves the nest to forage).

Every bird starts off its life as an egg in a nest. These nests can be elaborate affairs of twigs, leaves and feathers or just a bare patch on a branch. Nest play various roles in the development of eggs – maintaining an optimal temperature, providing camouflage and protecting the eggs and chicks from predators.

Birds in the Seychelles have few natural predators apart from humans and several species nest on the ground. Others nest in tree cavities, branches, forks, or even an untidy mess of vegetation hanging precariously from a single strand. 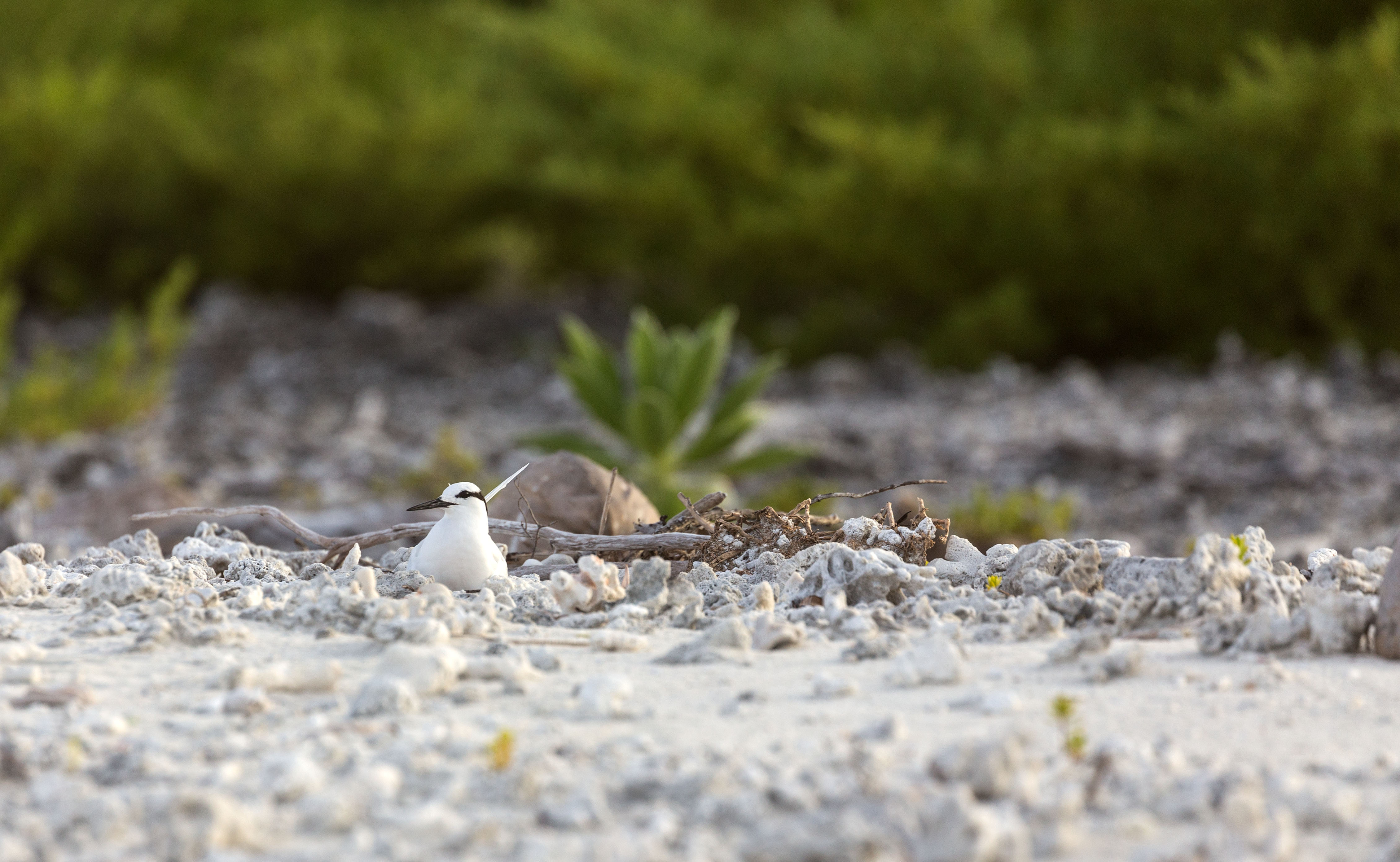 Seabirds like black-naped terns nest on scrapes on the ground in the midst of coral rubble. Their eggs are so well camouflaged that they blend magically into the background making it difficult to see even when you are up close. The egg shape is also quite clever- they are oval but slightly tapered at one end so if they accidentally roll out of the nest, they will only roll in circles! Here a black-naped tern sits on its nest keeping its egg safe. Photo by Malini Pittet | © Save Our Seas Foundation 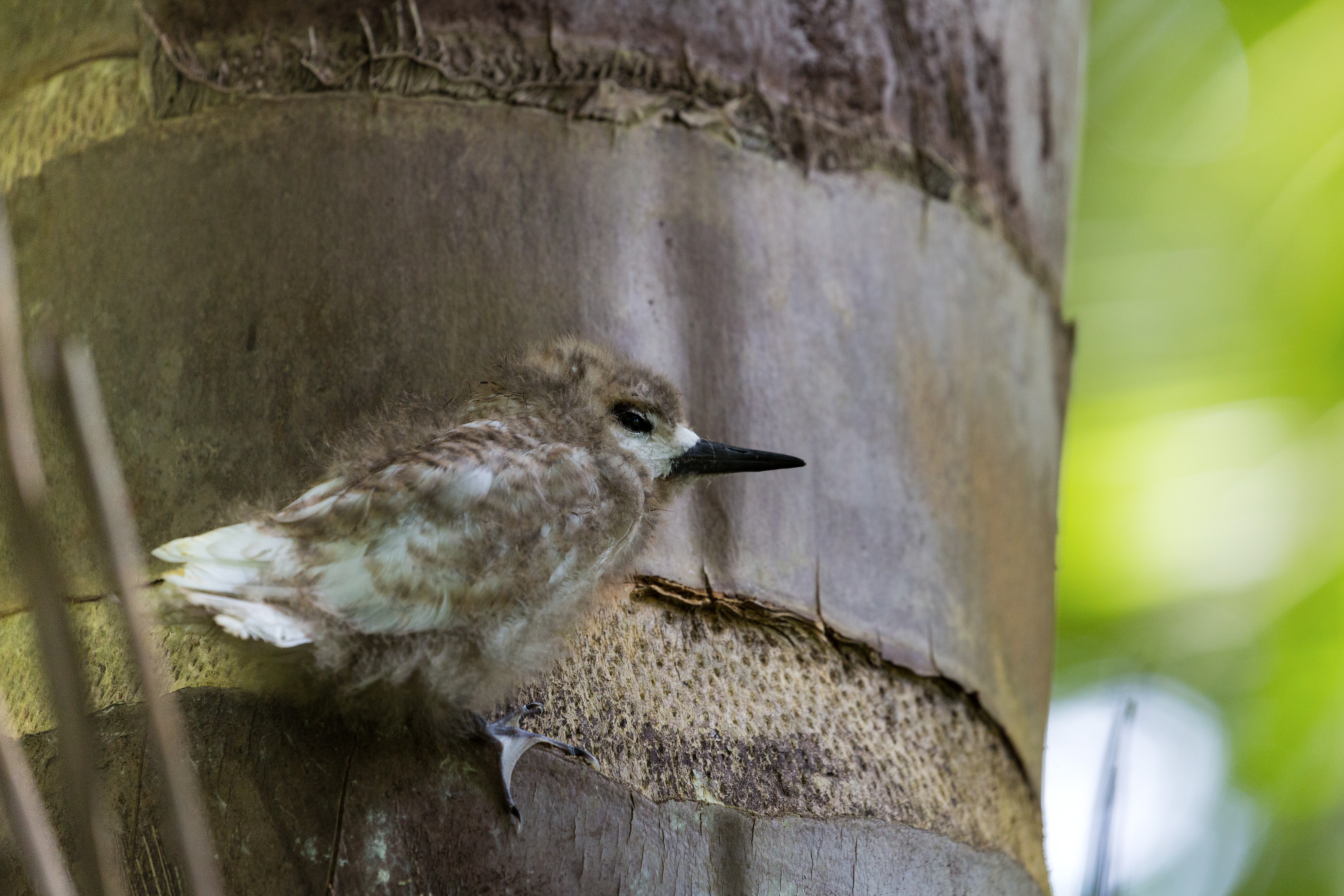 Fairy terns are simple- they do not make elaborate nests for their chicks. These chicks must learn to hang on to branches at a young age, holding firmly on through great gusts of wind and tropical storms. Sometimes, they are whisked off their spot and find themselves in an even more precarious position like this young chick. Fairy tern chick have a survival rate of 14% but can breed all year round. Photo by Malini Pittet | © Save Our Seas Foundation 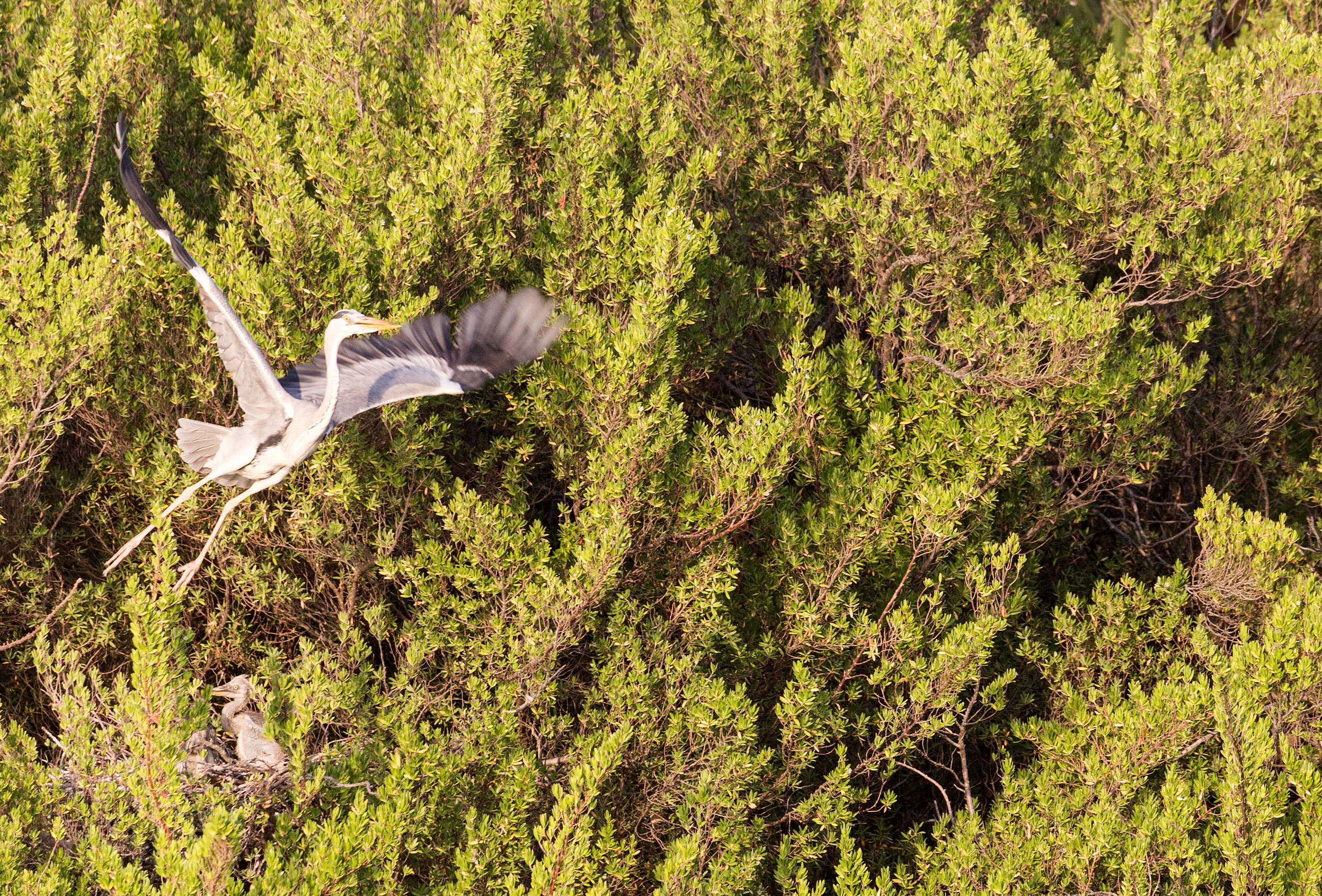 Grey herons are known to nest in large numbers called heronrys or heron rookeries. But on St. Joseph they nest in small groups or alone. Their eggs are bluish-green and the chicks stay a uniform grey until they fledge at around 7 to 8 weeks of age. A crest on their head gives them a bit of a “punk” look! Here a parent flies away leaving two young herons in the nest wait patiently to be fed. This nest was built precariously in a small leaved mangrove Pemphis acidula bush, but it does not seem to bother the parent which can weigh up to 2kg! Photo by Malini Pittet | © Save Our Seas Foundation 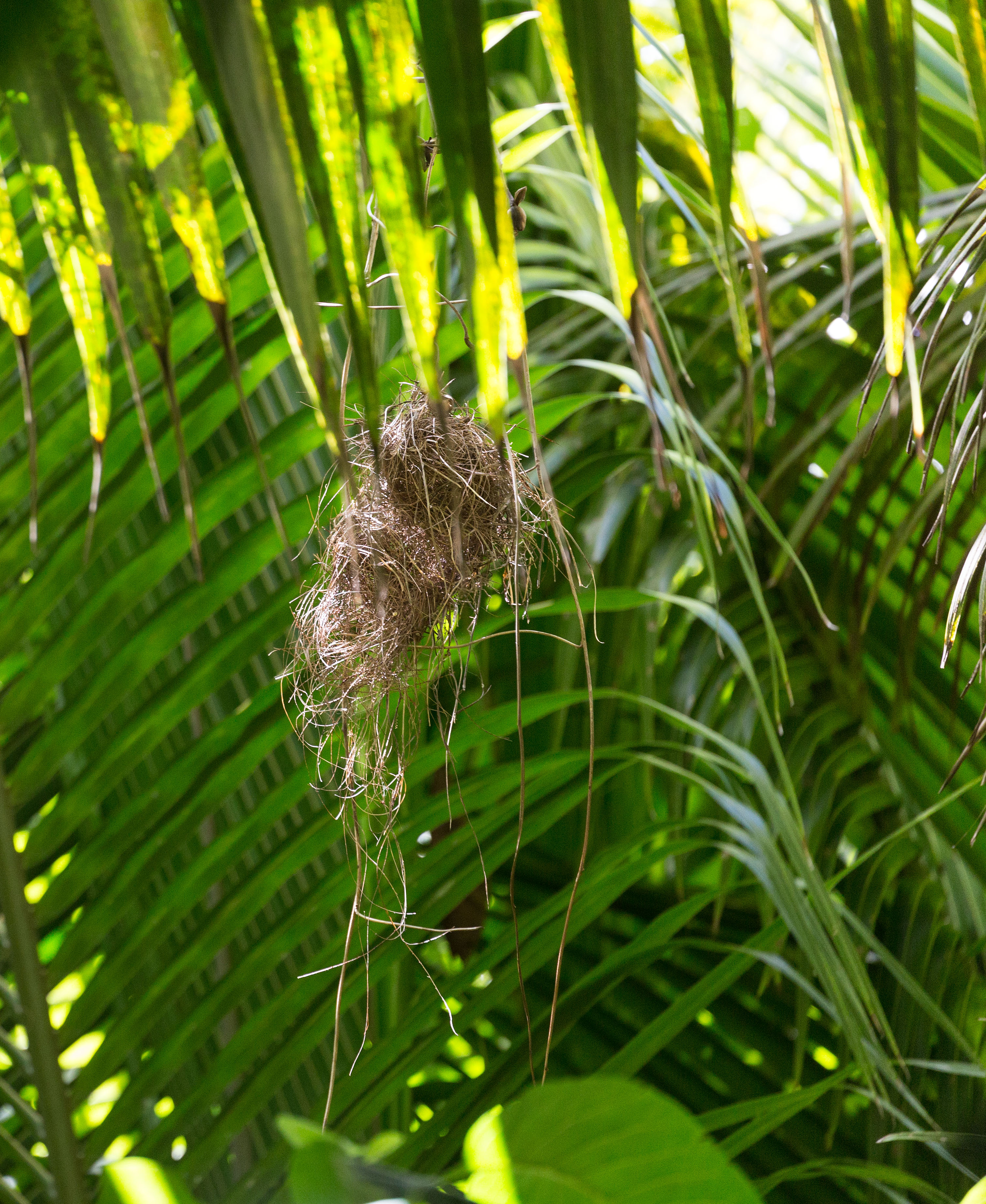 The Seychelles fody or “Toc-toc” is one of the six endemic birds of the Seychelles. They belong to the family of weaver birds which are renowned for their elaborate and intricately woven nests. The fody in the Seychelles however, builds a rather untidy nest although in keeping with the general shape of a weaver bird’s nest. Like the weaver birds, they nest in colonies but in far smaller aggregations- around 5 nesting pairs. The nests are made up of grass and other plant material such as the needle like leaves of the Casuarina tree. They can breed several times a year with each clutch bearing 1 or 2 eggs. In 1965, five Seychelles fody were translocated from Cousin Island to D’Arros Island. By 1990, the population had reach a little over 100 individuals. Today, the fody are common across the island as they flit from coconut palm to coconut palm to feed on small arthropods. Photo by Malini Pittet | © Save Our Seas Foundation 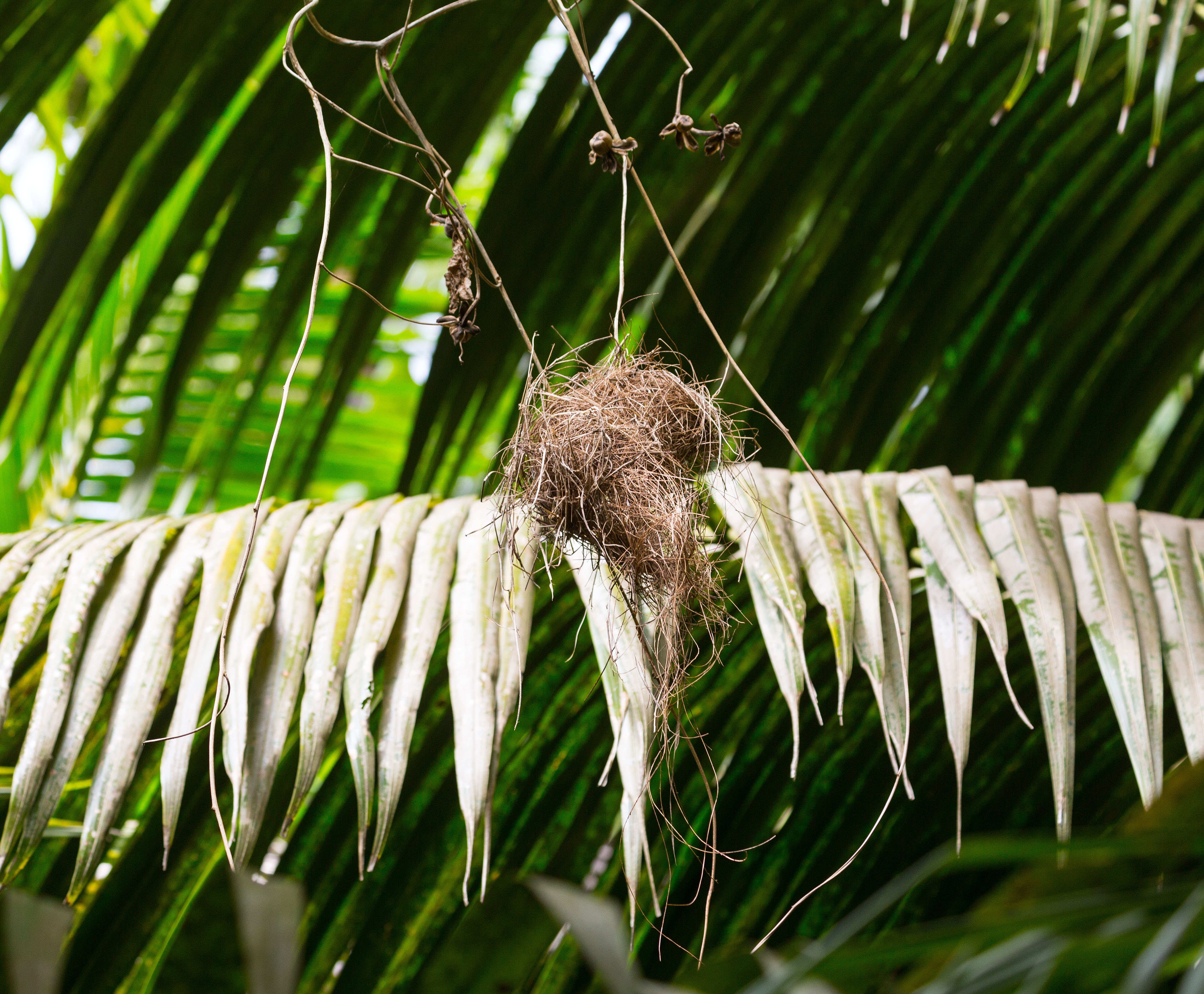 Photo by Malini Pittet | © Save Our Seas Foundation