The sun goes down and the sharks come out!

Photo by Ryan Daly | © Save Our Seas Foundation
By Rob Bullock, 12th February 2021

A recently published study led by SOSF project leader Evan Byrnes shows that Sicklefin lemon sharks become more active at nighttime. These findings are an important puzzle piece in helping to understand how these sharks use their environment. The study was conducted at the St Joseph Atoll in Seychelles, a near-pristine tropical island environment where much research has helped us to understand these sharks. 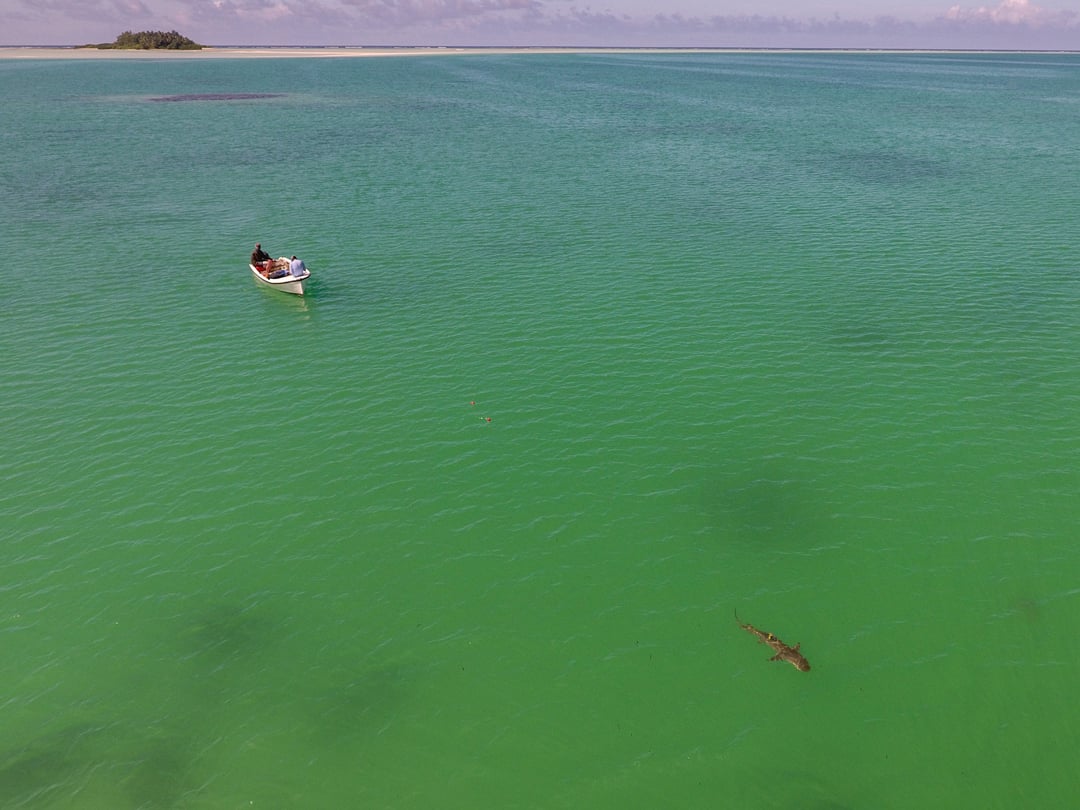 One piece that has so far been missing, however, is how the different effects of tides, temperature and time of day etc. affect the activity of these animals. To answer this question, Evan and his team used small electronic devices that include a clever little logger called an accelerometer. Accelerometers measure orientation and movement, they are what tilt the screen on your smartphone and what track your gym progress on your smartwatch; they are smart. By attaching these devices to the fins of Sicklefin lemon sharks (Negaprion acutidens), the research team can track the activity of the sharks over a period of days. The devices then pop off the shark’s fins and can be recovered by the team. They store data that reveal every single movement of the animal over that period of days. See, told you they were smart. 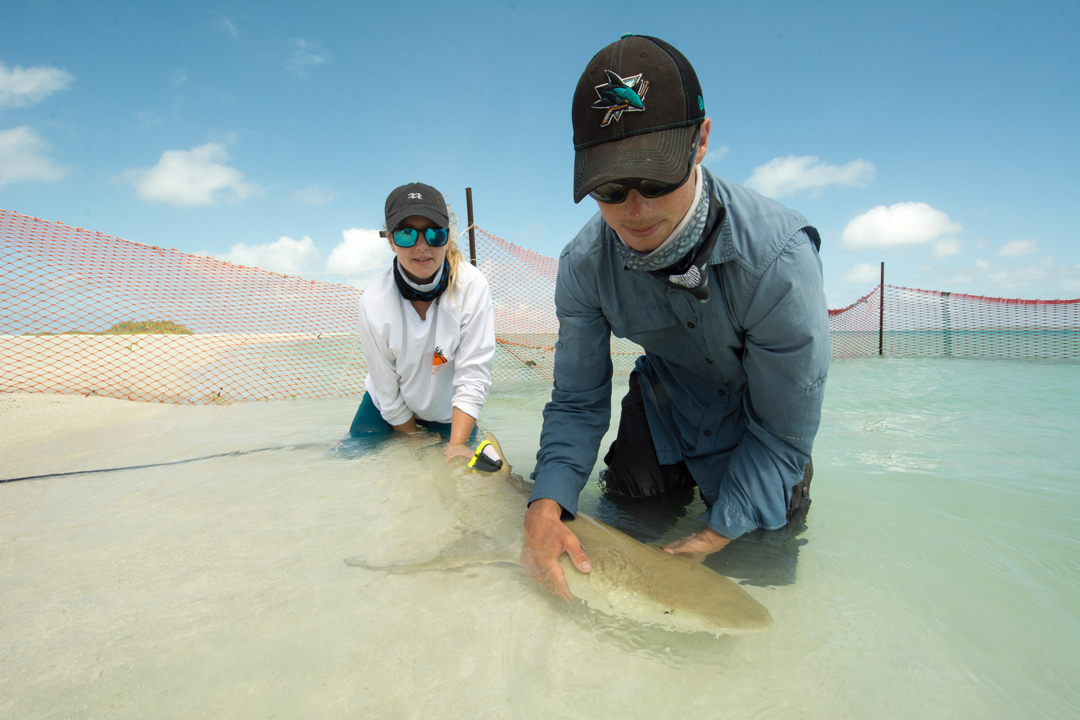 Evan and Jenna with lemon shark tagged as part of the study. Photo by Ryan Daly | © Save Our Seas Foundation

So, what does this mean for the conservation of these vulnerable sharks? The value of these findings is in the detail. Sharks must eat but their food doesn’t want to be eaten. Changes in the conditions around them can make all the difference to how successful they can be. Sharks, just like us humans, do not have infinite reserves of energy and must make decisions on when and where they become more active. This can make the difference between success and failure, survival and death. Sharks and other marine animals live in a rapidly changing world. The oceans and seas are a volatile place to call home, and even slight differences can have the biggest knock-on effects. 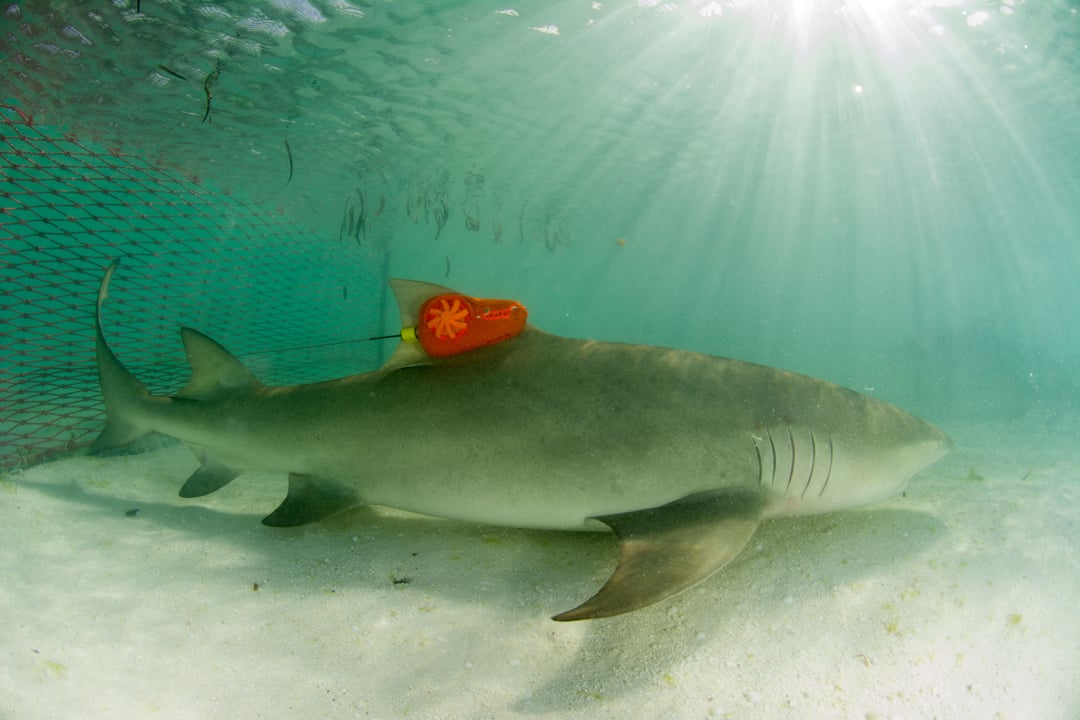 A lemon shark fitted with an accelerometer, in the research pen on St Joseph Atoll used during the study. Photo by Ryan Daly | © Save Our Seas Foundation

In 2020 the St Joseph atoll became officially designated as a Marine Protected Area (Zone 2, Sustainable Use). Managing these areas requires as much detailed information as possible about the natural processes within them. The behaviour of key predators impacts the behaviour of other species around them. By better understanding the activity of Sicklefin lemon sharks we better understand the system as a whole. In this way, this study and its findings contribute to a more informed approach to conservation and that is critical if our efforts are to be effective. 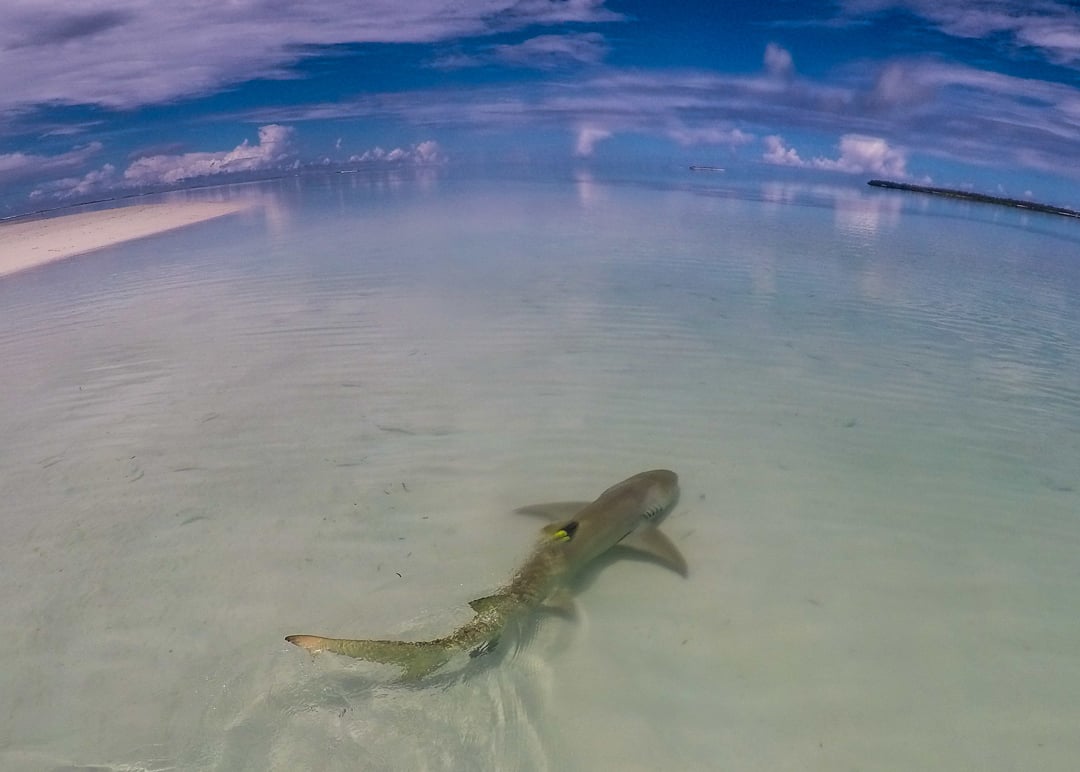 A tagged lemon shark in St Joseph Atoll. Photo by Ryan Daly | © Save Our Seas Foundation