Stumbling upon science: Sometimes its right under your nose

The sharksucker fish in the process of beaching itself. Photo by Henriette Grimmel | © Save Our Seas Foundation
By Rob Bullock, 18th June 2021

The Save Our Seas Foundation D’Arros Research Centre (SOSF-DRC) focuses on the study of many marine species but parasitic isopods are not really on the list. Despite this, the SOSF-DRC team recently published a short communication in the journal Acta Parasitologica about a new record for a species of isopod never before found in this part of the world. This record was not part of a research project or dedicated monitoring programme. This was simply walking along the beach. 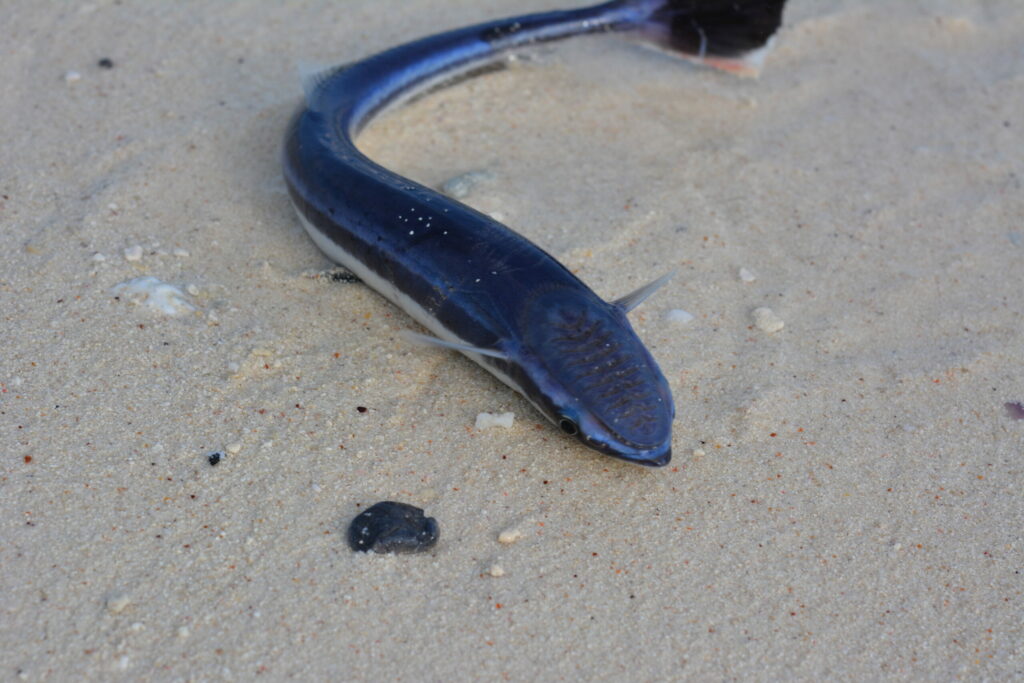 The sharksucker fish in the process of beaching itself. Photo by Henriette Grimmel | © Save Our Seas Foundation

Every day the D’Arros Research Centre team conducts morning beach walks around the island to record data from the tracks left by the nesting green and hawksbill turtles. On one of these walks back in February the team stumbled upon a live sharksucker fish on the shore thrashing around. As the waves returned the fish to the water, it again swam ashore and began the same behaviour. Strange, right? We thought so too and so took some photographs. In doing so we noticed a small marine isopod (think woodlouse of the sea) attached to the underside of the fish. Our fish kept thrashing in the sand until it had dislodged the little critter and then swam off into the ocean. 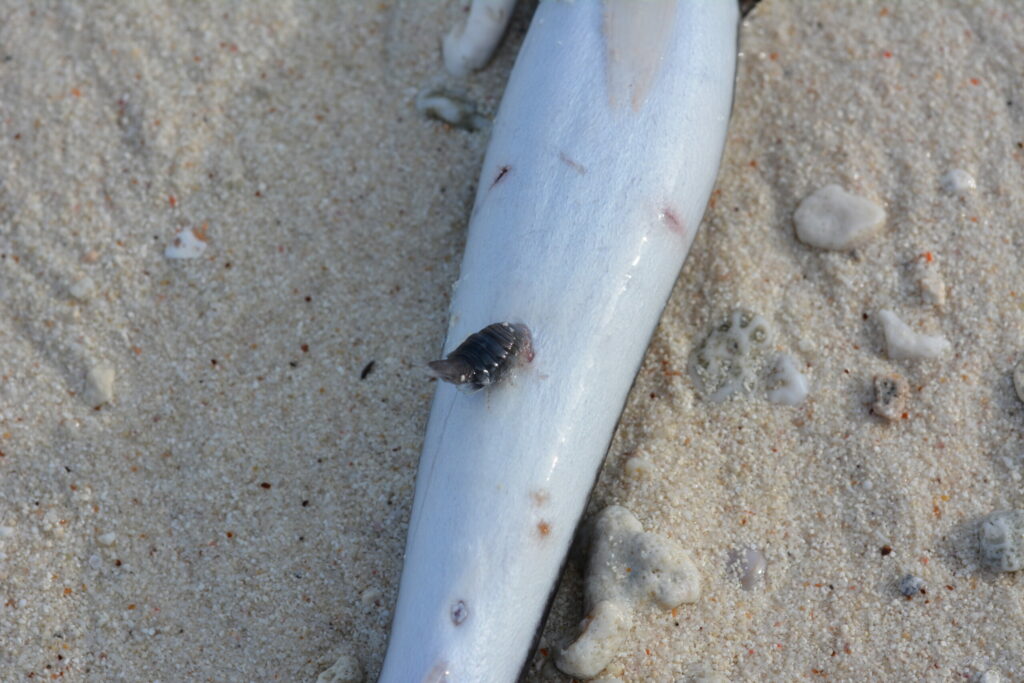 The cymothoid isopod still attached to the sharksucker which has turned itself on its back. Photo by Henriette Grimmel | © Save Our Seas Foundation

We carefully collected the isopod, brought it back to the lab and had a look at it under the microscope. It turns out that our specimen belongs to a species called Nerocila exocoeti. This species has never been recorded in the South-West Indian Ocean, it has never been known to use live sharksucker fish as hosts, and the sharksucker has never been known to beach itself to remove parasites. That’s a science triple whammy, and so we have recently published a short communication to include these findings in the world of parasite literature. 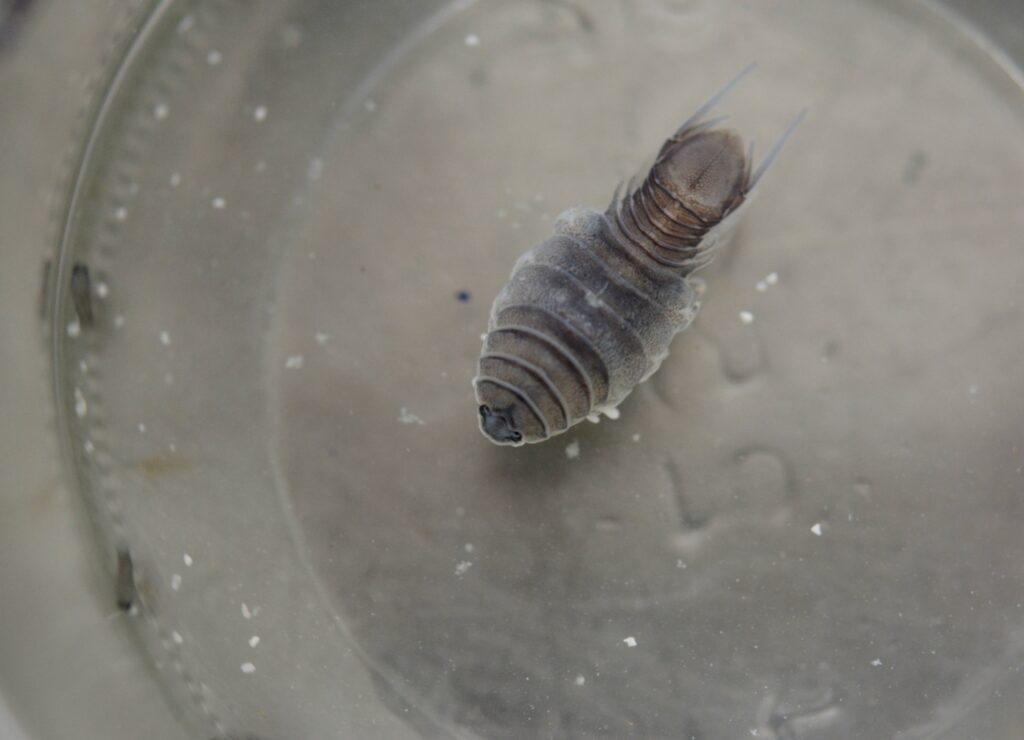 The live cymothoid isopod just after collection in a glass jar at the DRC lab. Photo by Henriette Grimmel | © Save Our Seas Foundation

These findings were completely incidental, we happened to be in the right place at the right time. This highlights just how much science can be right under our nose, things we aren’t even looking for. Sometimes just paying attention to what is around you is enough to make interesting discoveries.