Participants of the 2014 D'Arros Experience snorkelling with a reef manta ray. Photo by Michael Scholl | © Save Our Seas Foundation

Sixteen Seychelles students have won their spot at a week-long environmental camp on the outer island of D’Arros, by taking top honours in a hotly contested challenge that saw record participation.

The winners will have an opportunity to engage in the hands-on environmental science taking place on D’Arros, which is not only a globally important ecological hotspot, but also forms part of a national heritage that few Seychellois get a chance to experience.

An initiative by the Save Our Seas Foundation (SOSF), this edition of the D’Arros Experience produced a record number of entries compared to past editions, with 84 submissions received from a variety of students from public and private schools across the country. 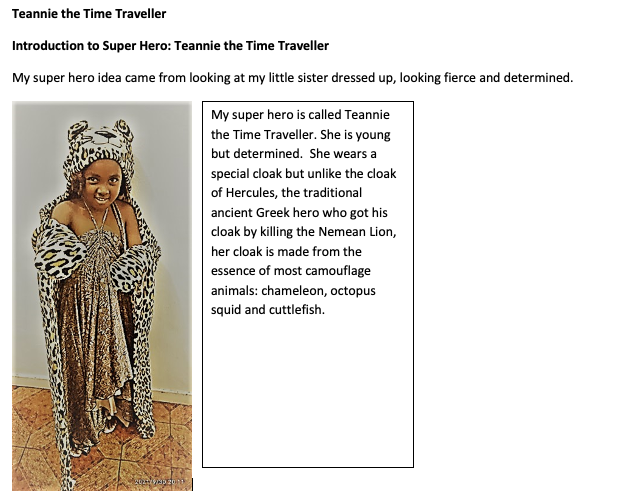 Teannie the Time Traveller tackles climate change wearing a special camouflage cloak by travelling to certain occurences in time such as the Industrial Revolution, persuading people to change their tactics of production. Tigist Kidwell, International School

The competition was open to all Seychelles residents between the ages of 11 and 14 and called on students to create an original story or poster that described the powers that a superhero – of their own invention – would need in order to solve some of the world’s biggest environmental challenges, such as climate change or marine pollution.

According to the camp coordinator for the D’Arros Experience, Sheena Talma, the submissions revealed a great deal of interest and engagement from young Seychellois on the topic of the environment. “Both the number and the quality of submissions received were beyond our expectations,” Talma said. “The judges did not have an easy job to select the winners, as there were so many amazing illustrations and essays.” 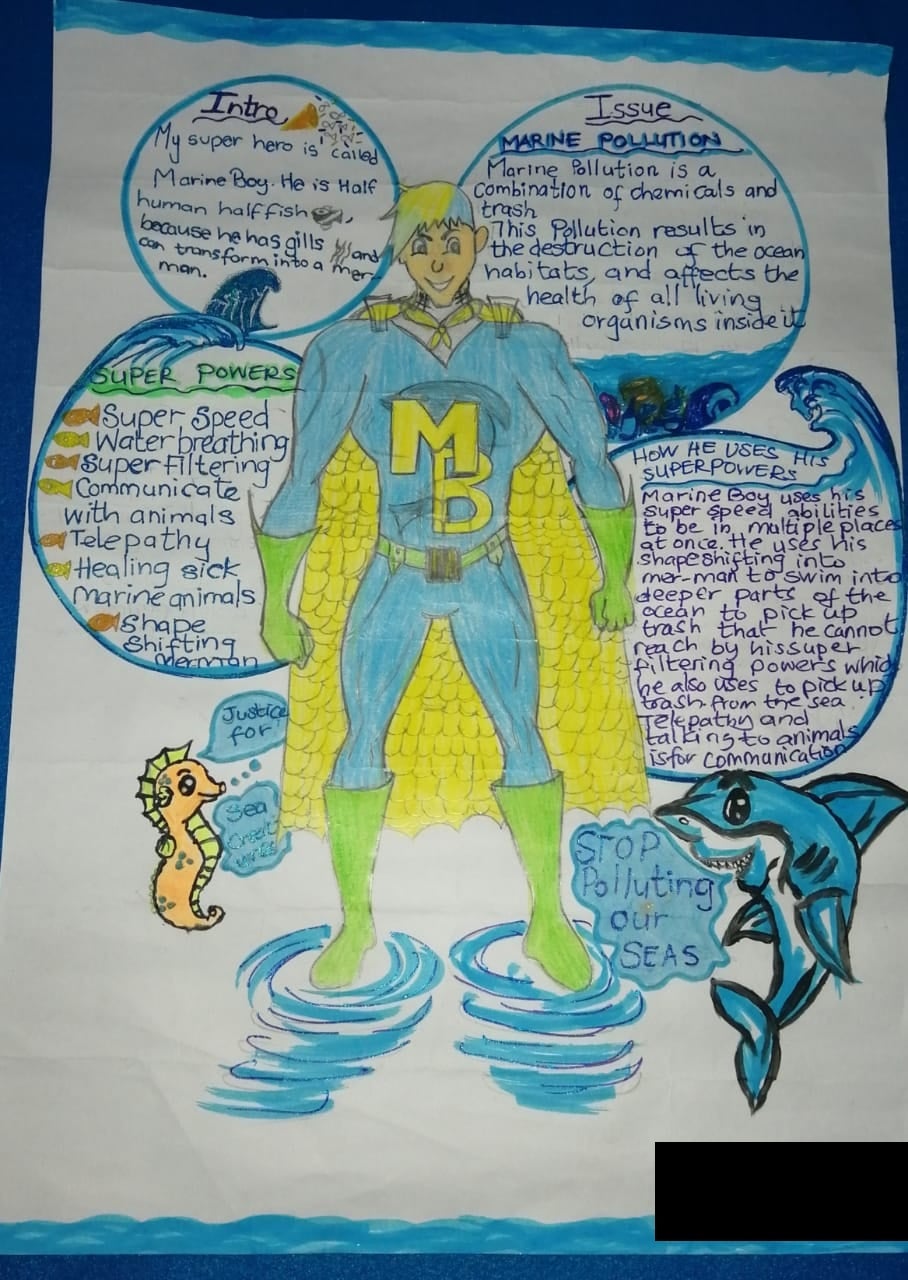 Marine Boy fights pollution with his superpowers and picks up trash from the deepest parts of the ocean. Alana Commettant, Belonie Secondary

Talma, a Seychellois scientist with a diverse background in marine research, noted that the panel of six judges rated the submissions anonymously, in two separate trials, to reach an objective consensus on the winners. The independent panel of local volunteer judges comprised a well-balanced mix of ages and professions linked to science and education, she said.

With the winners now selected, the next phase is to proceed with the logistics of the camp itself, which is subject to approval from health and education authorities in light of the COVID-19 pandemic and aligning with school holidays, as well as weather conditions on the island. 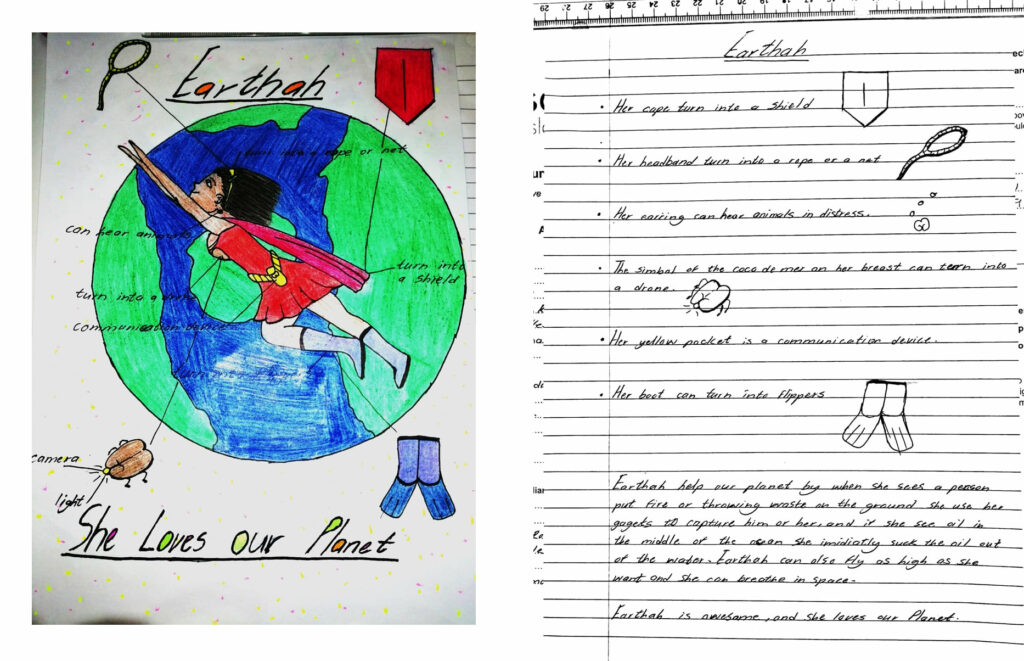 Eartha helps the planet by aiding animals in distress and capturing polluters of our environment. Najmia Course, Plaisance Sec

Winners of the 2022 D’Arros Experience (by alphabetical order):

Note: All winner’s artwork features on on our Facebook @SaveOurSeasFoundationSeychelles.

Ricko, the Super-Turtle fights overfishing. He explains the problem to fishermen and comes to the defence of marine animals. Julius Suzette, Praslin