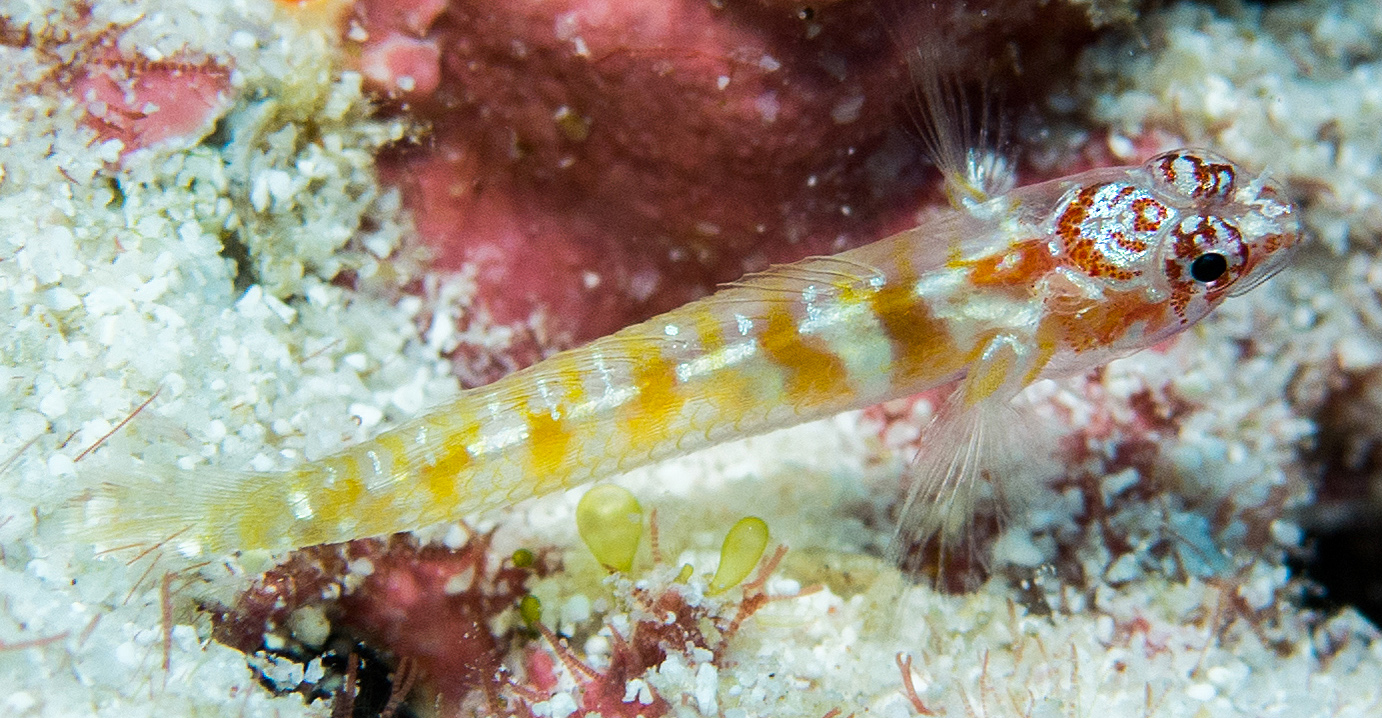 A tiny, candy-striped fish gaping goggle-eyed from its hiding place below the overhang on a coral reef is easily overlooked. “Once one knows what to look for and where to look, it is relatively easy to find them”, explains Dr Ryan Daly, former Research Director of the SOSF D’Arros Research Centre (DRC). The team of researchers, who were based on D’Arros Island and St Joseph Atoll in the Amirantes Island group of the Outer Islands of Seychelles, discovered this new species of dwarfgoby at a manta ray cleaning station, in the shallow waters right in front of the island’s lab: “A new species on our doorstep!” 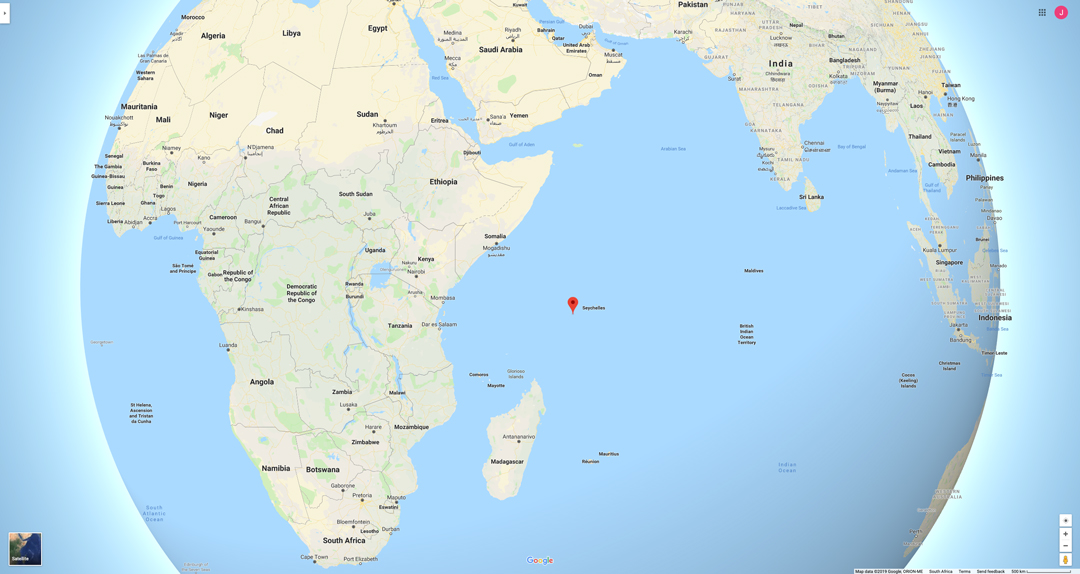 The location of D'Arros Island in the Amirantes Island group of the Outer Islands of Seychelles. Image © Google Maps | Google

An aerial view of D'Arros Island. Photo by Michael Scholl | © Save Our Seas Foundation

The team comprising Ryan, Clare Keating Daly (former DRC Programme Director), Dr Guy Stevens (Manta Trust CEO and Co-Founder) and Luke Gordon (Manta Trust Fiji project leader) discovered Eviota dalyi while surveying manta rays in 2017. Now dubbed Daly’s dwarfgoby, the little fish was named after Ryan – a nod, in the scientific tradition, to its discoverer. Dwarfgobies belonging to the genus Eviota are some of the most diverse species in the Gobiidae (goby) fish family, with 116 other species described and new species being noted on an ongoing basis. Little is known about the genus, “mostly because they’re so small and overlooked”, Ryan continues

“When describing a species like this, one has to collect a sample – and this wasn’t easy! After initially photographing the fish, we had to find it again (revisiting the island two years later) and then somehow catch this little creature (E. dalyi is about 2cm long)”

Daly’s dwarfgoby has been officially described by taxonomist David Greenfield, an expert on the fish in this group, and published in the Journal of the Ocean Science Foundation as the 117th arrival in the Eviota genus in the Gobiidae fish family. “Since finding this species, we have only seen four of them on the same small patch of reef. They seem to live associated with a large Porites massive coral colony, where they hide in unused tube worm burrows”.

The discovery comes in the wake of a Rapid Biodiversity Survey that the DRC research team had conducted to get a handle on the startling diversity of fish life found around D’Arros Island and St. Joseph Atoll. Their fish species count increased from 220 known species to 514 species after just 19 survey days, with 16 new fish described for the region! Aside from being exciting news for science, these findings have conservation significance. The recent IPBES report, released only two weeks ago, has detailed our plummeting state of biodiversity. This little fish and the sheer scale of new descriptions for the seas around D’Arros Island reminds us of just how much we don’t yet know about in our oceans. It’s thrilling to know there’s much left still to discover; sometimes, as with E. dalyi, right in front of our eyes. But without concerted efforts to describe the life in our oceans, we stand to lose so much of the biodiversity that makes our ocean ecosystems function, before we know about and can properly manage it. Little E. dalyi might be small, but its size belies the much more significant conservation impact of its description. “A key part of the discovery was having David Greenfield help us to identify the species. New species can be uncovered when people and taxonomists take the time to focus on specific groups of animals. We think they are probably more widely spread around D’Arros Island and the broader Amirantes but, for now, this species is only known from the manta cleaning station reef”, concludes Ryan, a reminder of the sheer volume of exploratory work for marine scientists to sift through. And when it comes to tiny fish, what we’ve overlooked might actually underpin the way whole reef ecosystems function. A paper published just last week in the journal Science suggests that the fast life cycles of “cryptobenthic” fish; that is, the thousands of species of gobies, blennies and small camouflaged fish secreted away on the reef, makes for an important turnover of food in otherwise nutrient-poor tropical seas. Fish like the Daly’s goby and its kin, the smallest of all marine vertebrates, may account for as much as 60% of the fish biomass munched by other reef-dwellers.  It seems that when it comes to productivity, puny packs the biggest punch on coral reefs.

Photo by Luke Gordon | © Save Our Seas Foundation Head of fresh paratype. Photo by Ryan Daly | © Save Our Seas Foundation

Scintillating for science, important for conservation and vital for coral reef functioning, there’s also a slightly more subtle, philosophical point stirred up by this tiny fish-find: a reminder to marvel at, and celebrate, the details in the diversity of our oceans – no matter the size.

You can read about the new fish here.

Holotype. Photo by Ryan Daly | © Save Our Seas Foundation