The mitochondrial genome of a grey reef shark

The grey reef shark (Carcharhinus amblyrhynchos ) is a typical-looking shark species. It can grow up to 8 feet (244 cm), but most individuals are around 4 to 5 feet (122-152 cm) in length. Although it looks generic, this species can be very aggressive to earn its way in the reef ecosystem. Grey reef sharks are known for being quite defensive with their aggressive behaviours, which include a hunched posture and an exaggerated side to side swimming, which communicates that the shark feels threatened. They are mostly grey in colour, from their snout to their tail, with a white underside. They have fewer teeth in their mouth compared to other sharks, but these teeth are razor-sharp, rarely fall out, and are unmistakably powerful. 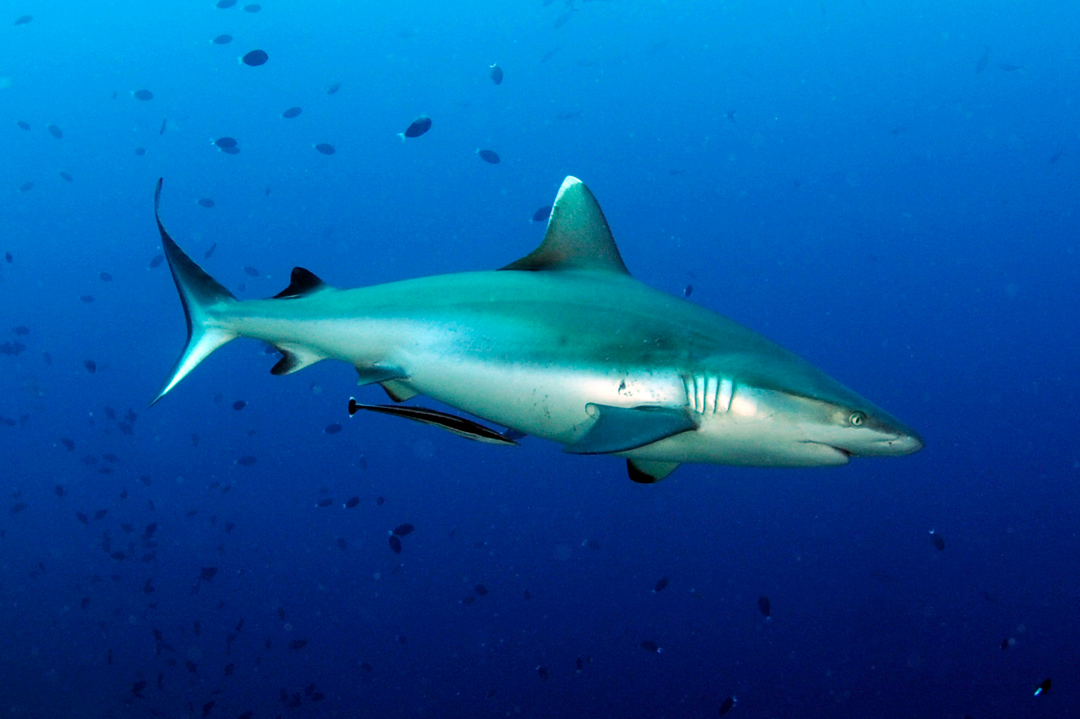 A grey reef shark at Ari Atoll in the Maldives. Photo © Guy Stevens

This species has a wide distribution in the Indo-Pacific area. These sharks have been declared a near-threatened species due to its small litter size and restricted habitats. This, unfortunately, makes them more vulnerable to overfishing, a problem affecting most shark populations globally, further increasing their vulnerability. 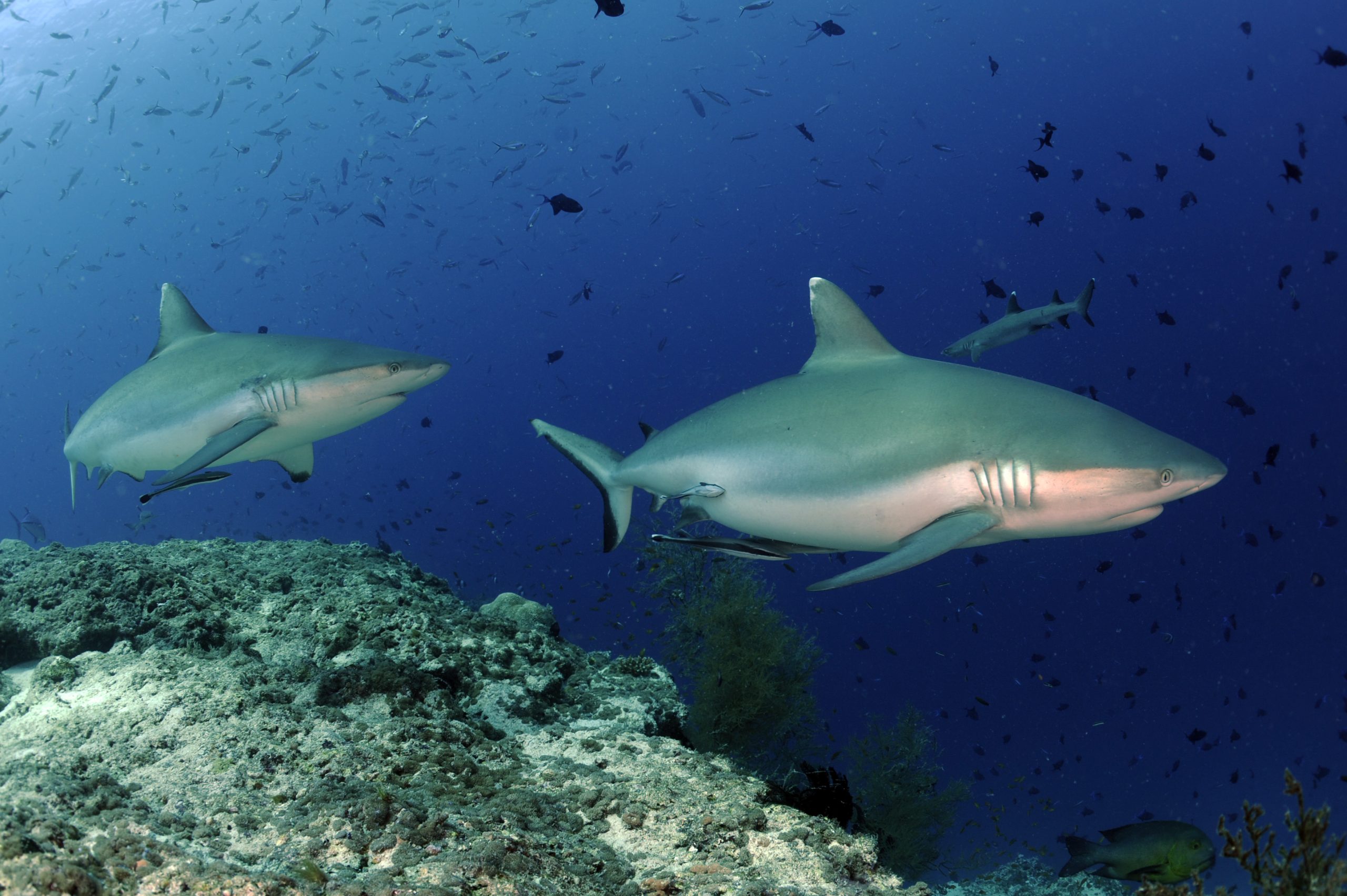 Over the years, I have been diving in Seychelles and have been studying these grey reef sharks. While my family and I have gone on dives to observe their natural behaviour, we have tagged several grey reefs and studied their migration patterns in the nearby areas of the Indo-Pacific. We typically tag them using acoustic transmitters, one of the most common tags used for shark tracking. Seeing some of their migration patterns had me wondering how could we find other populations with similar ancestry and their population structures around the world. 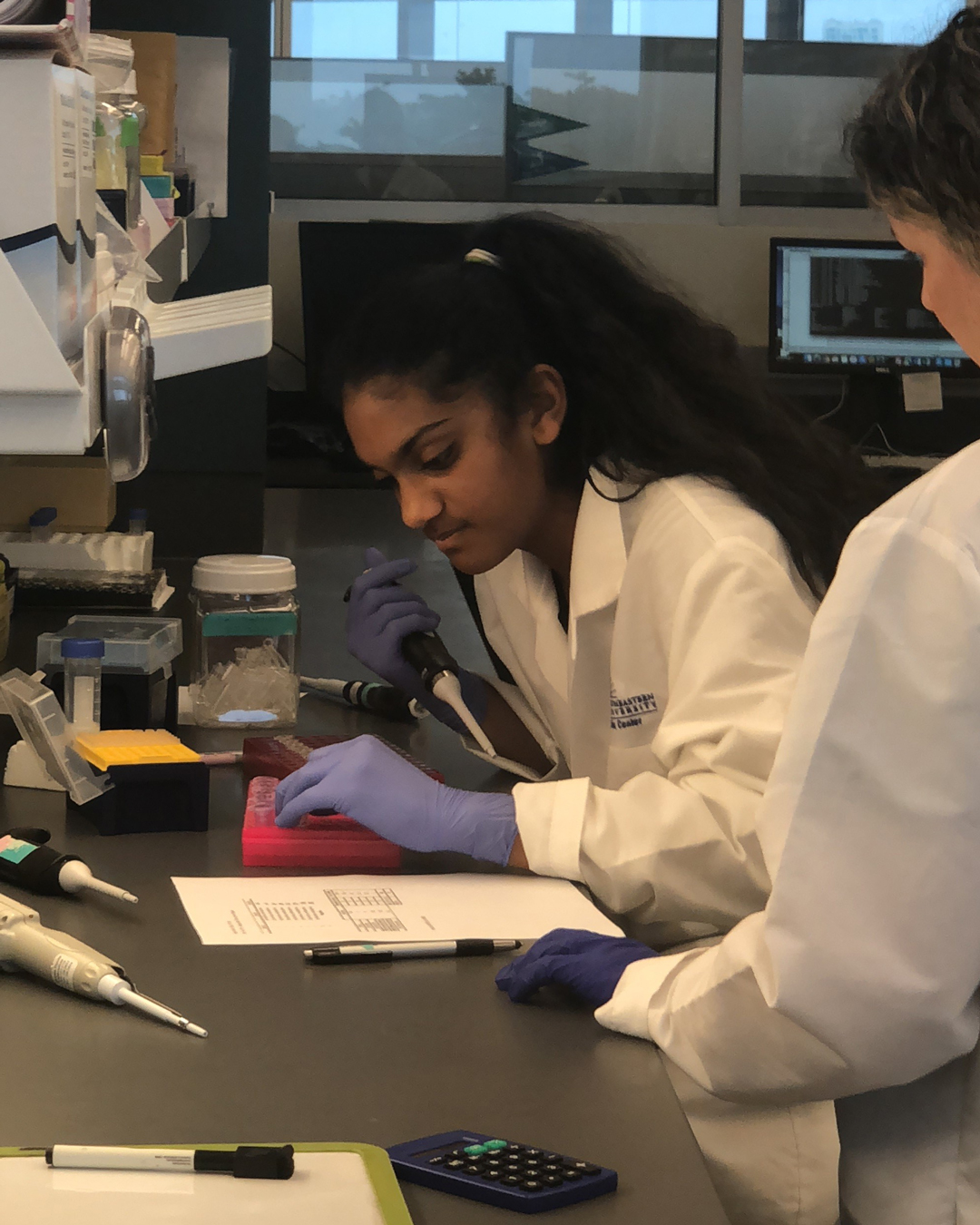 To help answer these questions, I sequenced a whole mitochondrial genome of a grey reef shark, sampled by Dr James Lea of the Save Our Seas Foundation. A mitochondrial genome is the full genetic material of the mitochondria, the organelle which creates energy for cells to function. Since it is from the mitochondria, the genome is relatively small, consisting of about 16,000 base pairs of the maternal DNA, meaning it is a great genetic tracking tool for the genetic similarities and characteristics from mother to offspring. This allows us to find out which other grey reef shark populations share similar ancestors and how they each have evolved in the past. In comparison to nuclear DNA, mitochondrial DNA has a higher mutation rate making it easier for researchers to determine the genetic relationships of individuals and populations. As we compare the mitochondrial DNA of different shark species, we can find their similarities and how they interact, or how long ago they diverged into species. 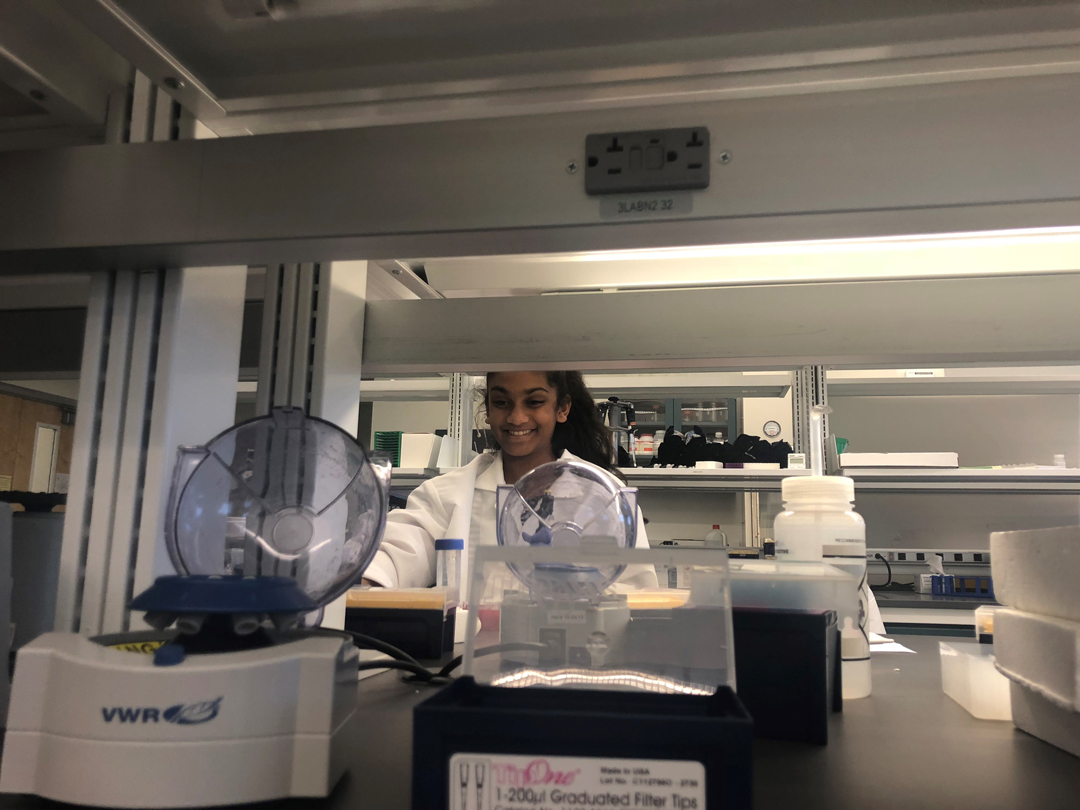 In the lab of Dr Mahmood Shivji at the Save Our Seas Foundation Shark Research Center at Nova Southeastern University in Florida, I worked under the guidance of the researchers in the lab to sequence the full mitochondrial genome to possibly answer more questions about the species’ history. In the lab, I amplified the shark’s DNA by long PCR (Polymerase Chain Reaction) to create longer bands of DNA, and sequenced the long PCR fragments by next-generation sequencing methods on a machine called an Illumina MiSeq. We also annotated the genome, i.e., identified all the genes, and recently published a paper reporting this whole mitochondrial genome (also known as mitogenome) sequence – see reference below. This mitogenome will be helpful for determining the genetic population structure of grey reef sharks and also the genetic relationships of this species to other shark species.

This could lead to many more discoveries that will help us to hopefully find more out about these interesting sharks, and to protect them for generations to come. 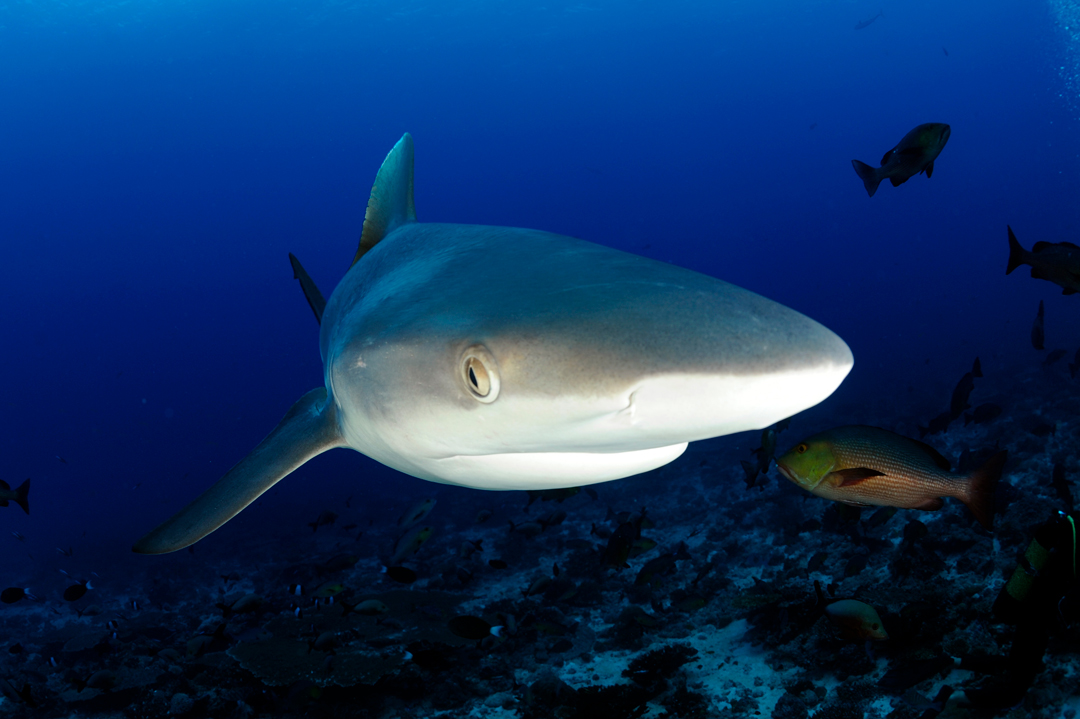