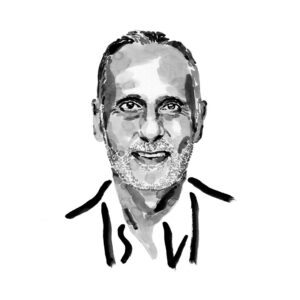 Mahmood credits his life-long fascination with biology to growing up in Kenya, where he was routinely exposed to African wildlife and undersea environments as a child and teenager. His interest in marine science in particular was boosted when as an undergraduate student he assisted one of his professors with kelp-bed ecology research in a pristine part of British Columbia. That experience proved transformative, leading to a career in marine and conservation science and education.

In addition to leading the research and education programmes of the SOSF SRC, Mahmood directs the Guy Harvey Research Institute, emphasising collaborative projects between the two entities to achieve larger and more impactful research and conservation outcomes. He specialises in integrating laboratory genetics-based and field-work approaches to study and solve problems pertaining to the management and conservation of sharks and rays, billfishes and coral reef ecosystems.

Mahmood’s work is on exhibit at the Smithsonian Museum’s Sant Ocean Hall in Washington DC, and his team’s research discoveries are frequently and widely reported in the national and international media. 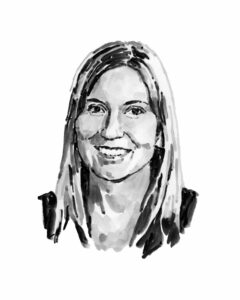 Andrea grew up in Toronto, Canada, and spent many hours sailing on Lake Ontario. From a very young age she has loved watery environments, dipping her toes into Ontario’s Muskoka lakes, Florida’s coastal waters, even a neighborhood pool. As a high school student, she traveled to Canada’s east coast and studied the great tides of the Bay of Fundy as part of a summer marine biology course, cementing her future career path to the study of aquatic science.

Andrea subsequently earned a Bachelor’s degree at the University of Guelph, Canada, studying marine and freshwater biology, and after graduating she interned at both the Department of Fisheries and Oceans Canada Great Lakes Laboratory located in Burlington, Ontario, where she studied everything from algae to fish habitat, and at the Mote Marine Laboratory & Aquarium in Florida, where she came face to face with a shark for the first time – and never forgot the experience! She then returned to university and completed a Master’s degree at the University of Guelph, investigating the population genetics of lake whitefish, followed by a doctorate at Nova Southeastern University (NSU), where she studied the population genetics of sharks, stingrays, and billfishes. She is currently an associate research scientist at NSU and the SOSF Shark Research Center, where she investigates the population dynamics of mainly sharks, with an emphasis on genetics and genomics-based ecology and conservation. 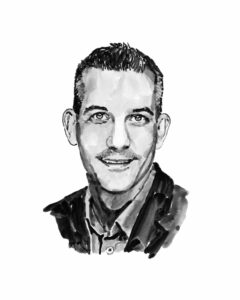 Matt grew up in the beautiful Black Hills of South Dakota, where he spent his childhood fishing, camping, and enjoying all that the woods offer. Coming from a family of fishers and hunters, he spent a lot of time at mountain lakes and brooks and was often distracted by catching frogs, snakes, and minnows in the marshes when he should have been monitoring a fishing pole. His childhood dream to study the ocean and its inhabitants came from visits to a small roadside tourist attraction called ‘Marine Life Aquarium’, as well as from the home marine aquariums he attempted to maintain as a child.

Matt earned an undergraduate degree in information systems but changed career paths later in life to earn his PhD in marine biology and oceanography at Nova Southeastern University (NSU). Currently an assistant professor in the Department of Biological Sciences at NSU, he teaches various graduate and undergraduate courses, many of which focus on the integration of science and technology. He is also a researcher at the SOSF Shark Research Center, where his work involves computational biology as applied to investigating shark movement ecology and connectivity patterns of broadcast spawning marine species.

Matt lives on a small hobby farm in the country, raising chickens, parrots, and poodles. He also enjoys collecting fossils, many of which are relics of North America’s Western Interior Seaway. 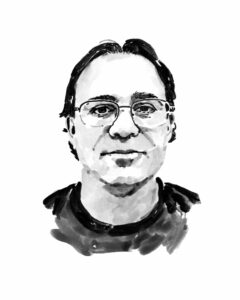 Jeremy grew up in coastal southern California exploring tidal pools and taking classes and volunteering at the local aquarium, so the decision to pursue marine biology was made at a very early age. After studying biology for his Bachelor’s degree at the University of California, Santa Barbara, he entered the shark research world while earning his MS at California State University, Long Beach, studying the movement patterns of round stingrays. During his PhD at Florida International University he continued his work on rays, investigating the habitat use and foraging ecology of a ray community in Shark Bay, Australia. Since joining Nova Southeastern University as a research scientist in 2013, Jeremy has applied his quantitative ecology skills to the open ocean, studying the movements and habitat use of large pelagic fishes, particularly sharks. 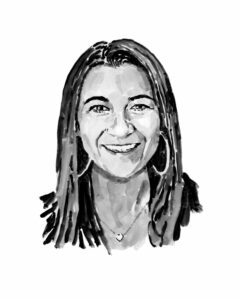 Swimming lessons for two-year-old Nina were essential, as her eagerness to jump into the crashing waves made her family’s trips to the beach hazardous. Intrigued by the water and the animals that lived in it, she was constantly trying to find fish and crabs along the water’s edge.

A high school field course to Jamaica ignited her passion for studying the ocean and its inhabitants. Following an elective ‘Oceans’ course at the University of Delaware, Nina changed her undergraduate major from mathematics to environmental sciences, as she realized she was missing the adventure and opportunities for inquiry that the marine science courses offered. She also knew she could utilize her analytical skill set in the science field. Hands-on experiences like the field course in Jamaica, a study trip to the Cayman Islands, and an internship researching coral symbiotic dinoflagellates prompted her to earn a Master’s degree in marine science at Nova Southeastern University, where she studied the taxonomy, ecology, and spatiotemporal distribution dynamics of the early life stages of tuna.

Nina’s main interest is in researching poorly studied marine species and communities so that she can provide information to the public and improve conservation and management efforts. After her Master’s degree, she worked as a project manager at a multi-institutional consortium researching deep-sea fish distributions. She also led database and sample management for the Aquatic Symbiosis Genomics Project’s hub at NSU. Nina now works as a research associate at the SOSF Shark Research Center, managing the laboratory and its databases, developing media for outreach, and conducting shark genetics research. A life-long learner, she strives to expand her expertise across a multitude of research areas.