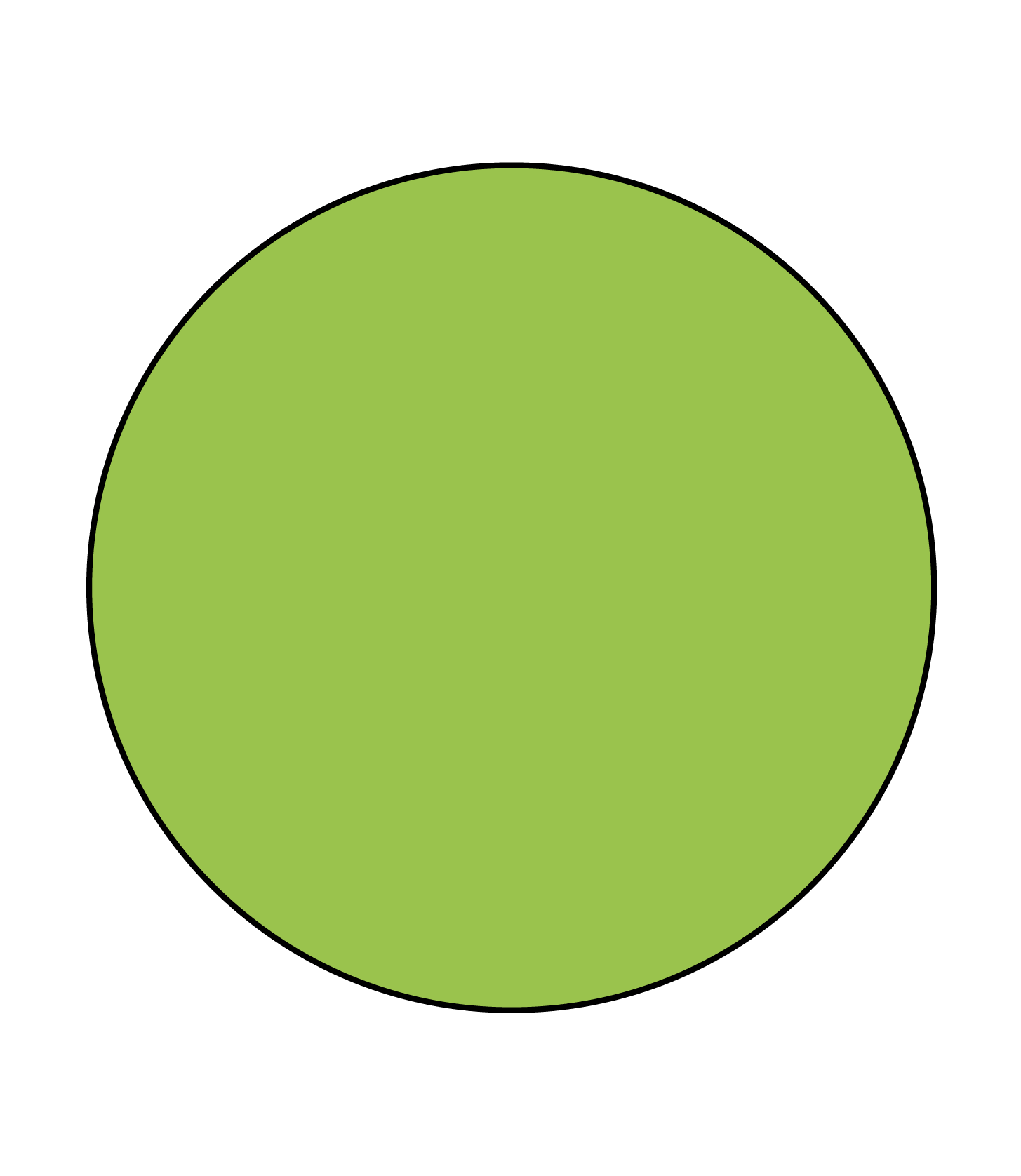 Named because they appear to be wearing striped pyjamas, pyjama sharks are now famous thanks to the mesmerising documentary My Octopus Teacher. They are shy, nocturnal and endemic to South African waters, calling the great African kelp forest their home, with octopus on the menu.

Pyjama sharks are catsharks, with thick dark stripes running parallel to each other down the back and sides. They also have two small dorsal fins that are placed quite far back on the body, and a short, blunt head with small nasal barbels. They are small (1.1 m), and only found in South Africa.

Pyjama sharks are primarily nocturnal, hunting at night and resting in caves and crevices during the day. While many other sharks will use their sawing dentition to cut through prey, pyjama sharks will perform a spinning manoeuvre, like a crocodile’s ‘death roll’, to stun their prey, pull them off the rocky bottom and dismember them.

Pyjama sharks are oviparous, meaning they reproduce by laying eggs that are each sustained by a yolk sac and left unattended on the seafloor. The eggs are held in place by long, twisted tendrils that become entangled with rocks and kelp. A female can produce eggs throughout the year, laying two at a time. The eggs will hatch after five months or more, producing pups that are only 15 cm long. Pyjama sharks reach maturity at around 0.8 m in length.

Pyjama sharks are endemic to temperate South African coastal waters, most commonly found in kelp beds, on rocky bottoms and in caves, from the intertidal zone to depths of around 100 m.

Pyjama sharks feed primarily on crustaceans (e.g. crabs) on the rocky reef. They also feed on small fish such as anchovies and hakes as well as the egg cases of other sharks. They will actively hunt octopuses as has been famously documented in the film My Octopus Teacher. Although primarily nocturnal, they will opportunistically target prey during the day such as during diurnal spawning aggregations of Cape Hope squid.

The primary threat to pyjama sharks is overfishing. Although the pyjama shark is not really the target of any fisheries, it presents as bycatch in a variety of commercial and recreational fisheries such as longline, gillnet, beach seine and trawl. The sharks are generally discarded when caught, but they do also suffer persecution; they are commonly viewed as a nuisance for damaging gear or taking fish and so are frequently killed before being discarded. They are also sometimes targeted for the aquarium trade. Overall, the pyjama shark population is thought to be increasing and is considered Least Concern by the IUCN. It was, however, declared a prohibited commercial line species in South Africa in 2005.

Being shy and nocturnal, pyjama sharks rarely come into contact with people. Beyond experiencing persecution during fishing activities, many snorkellers and divers seek them out for their impressive looks, but they are usually quite skittish. 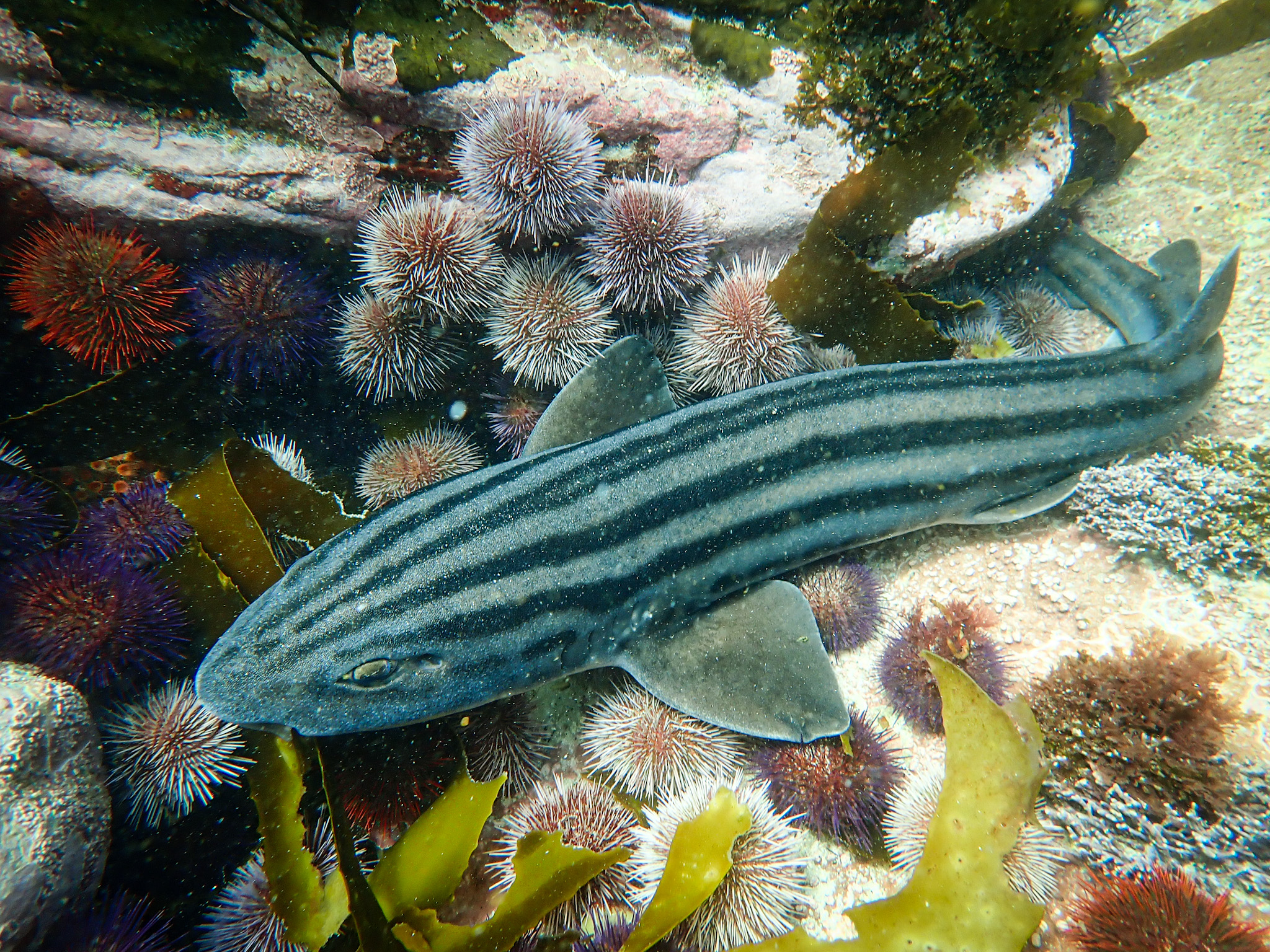 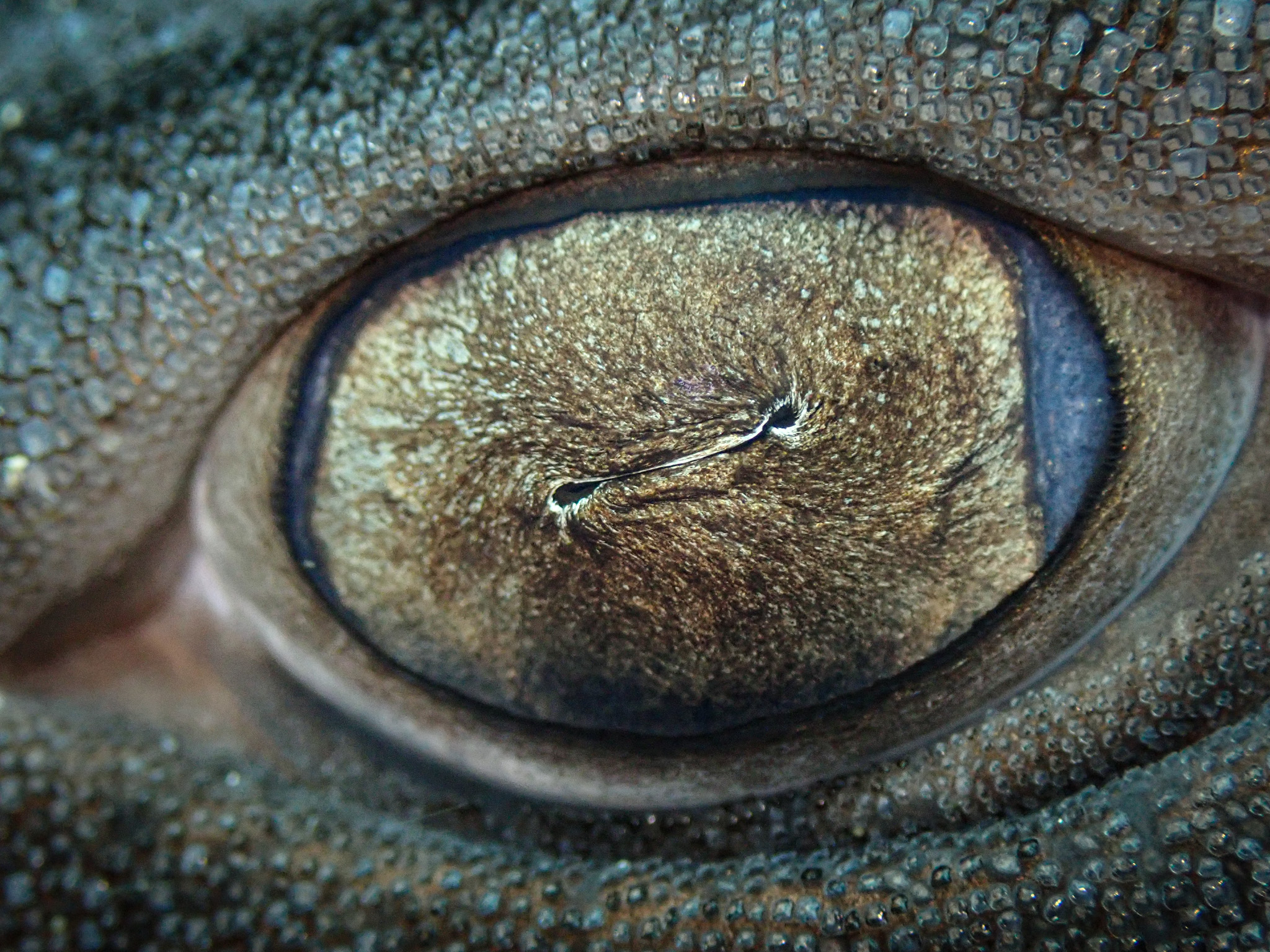 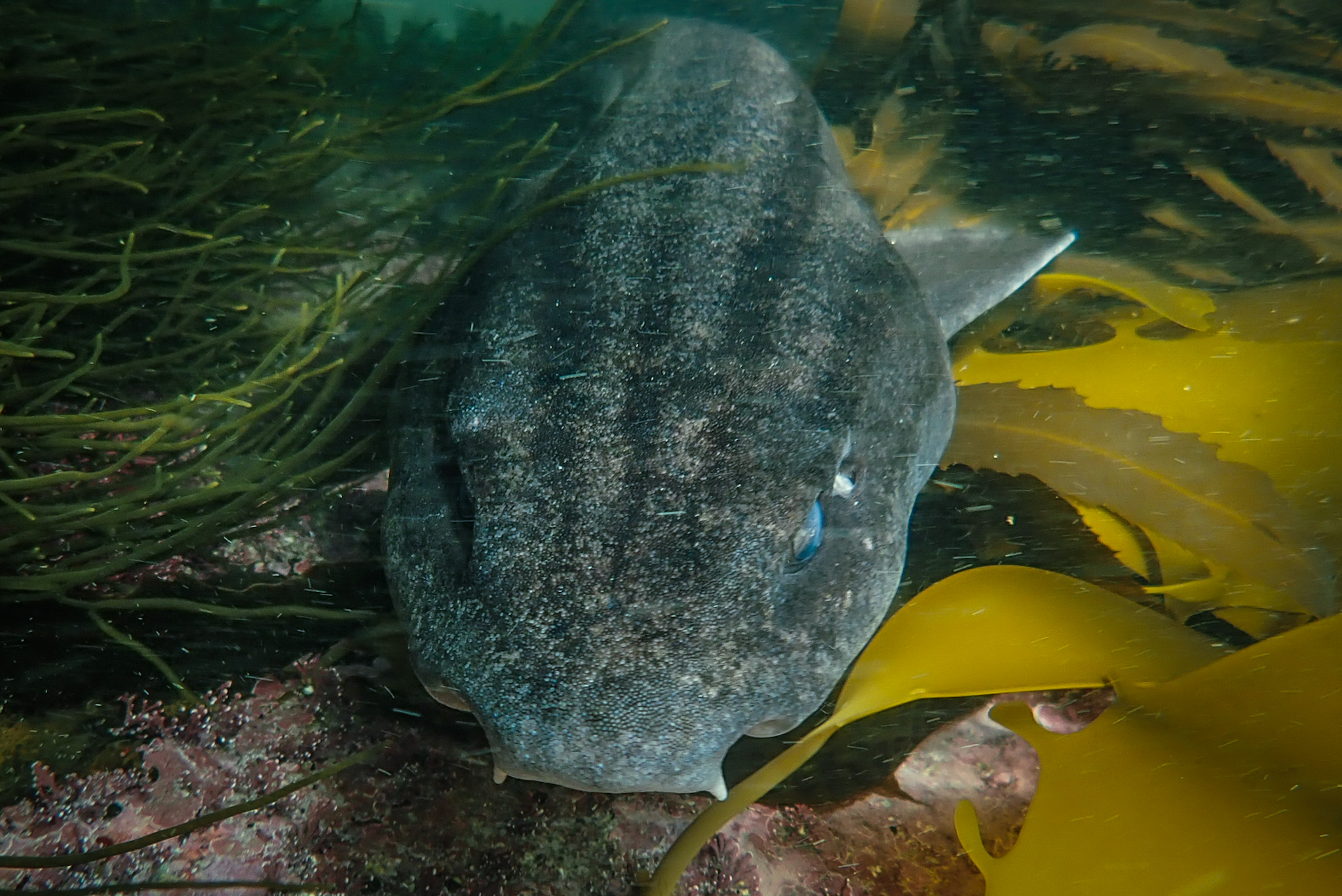 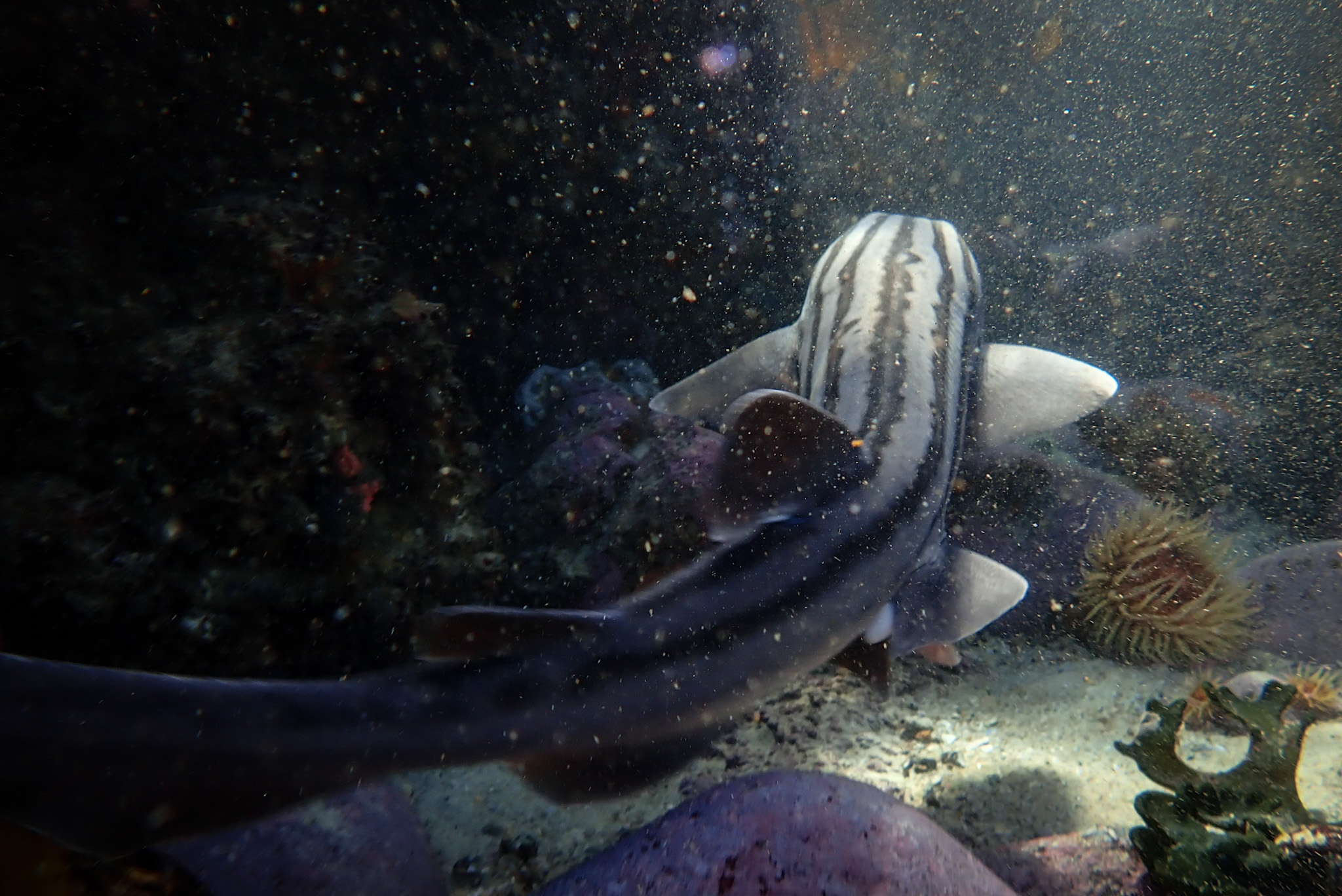 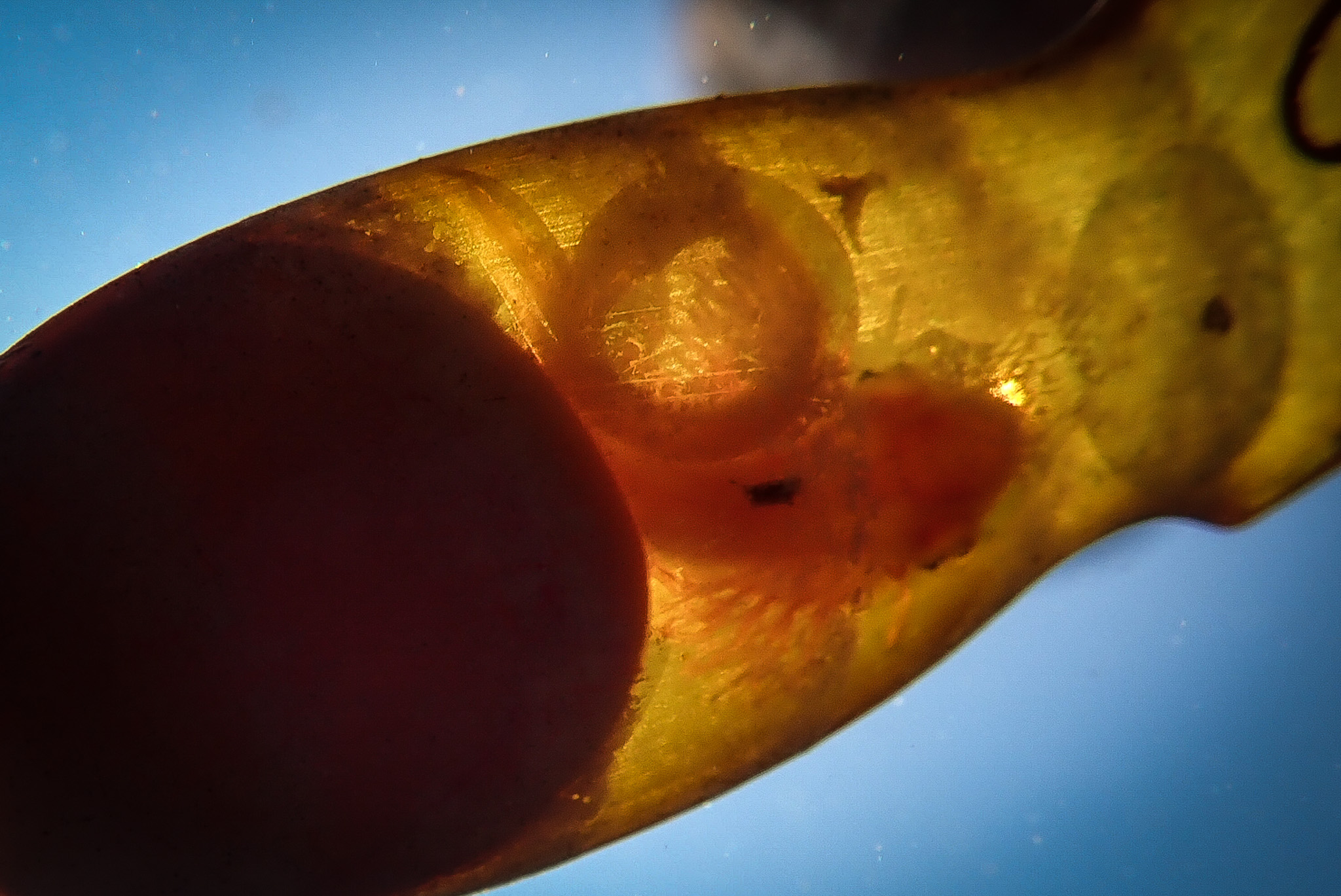 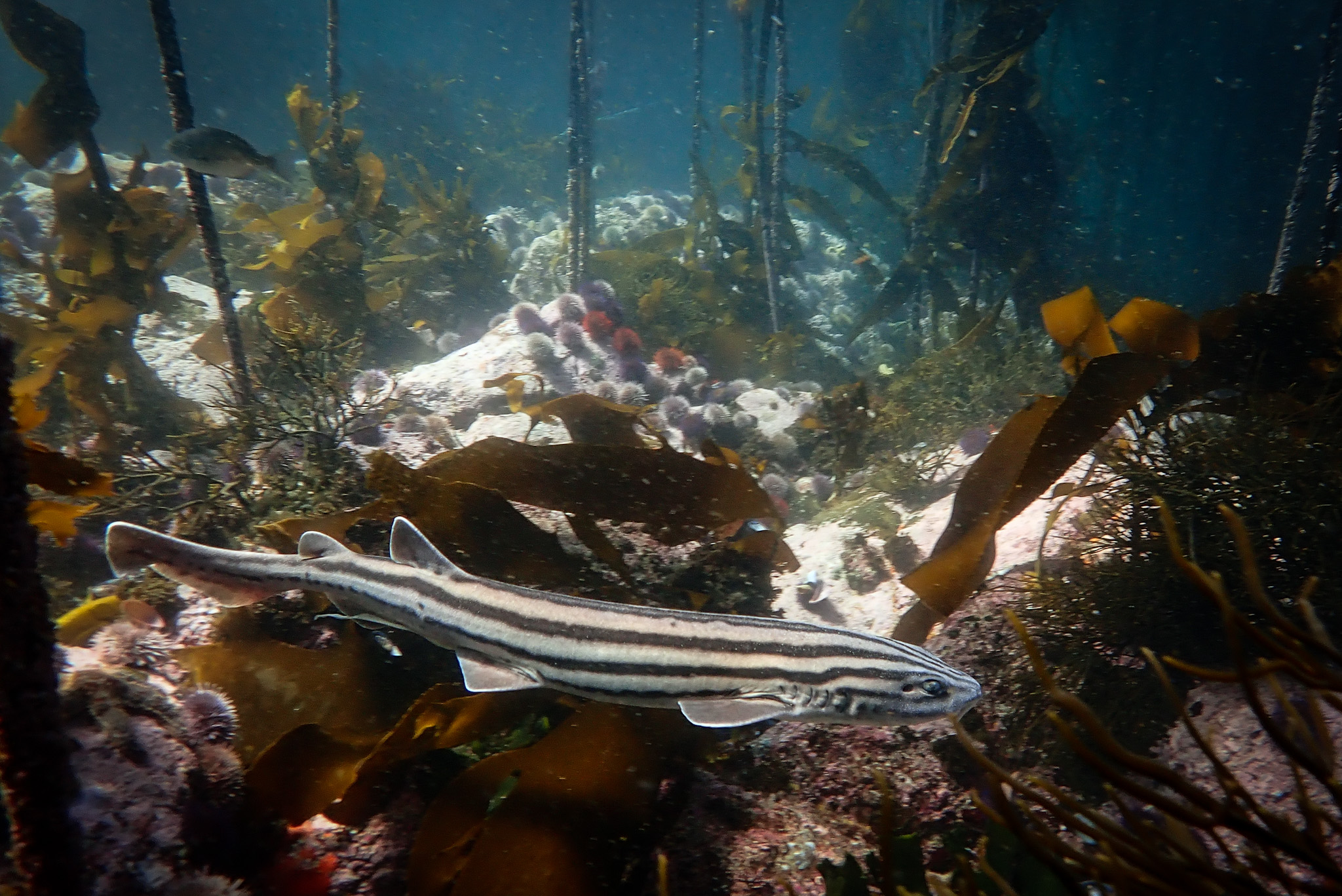 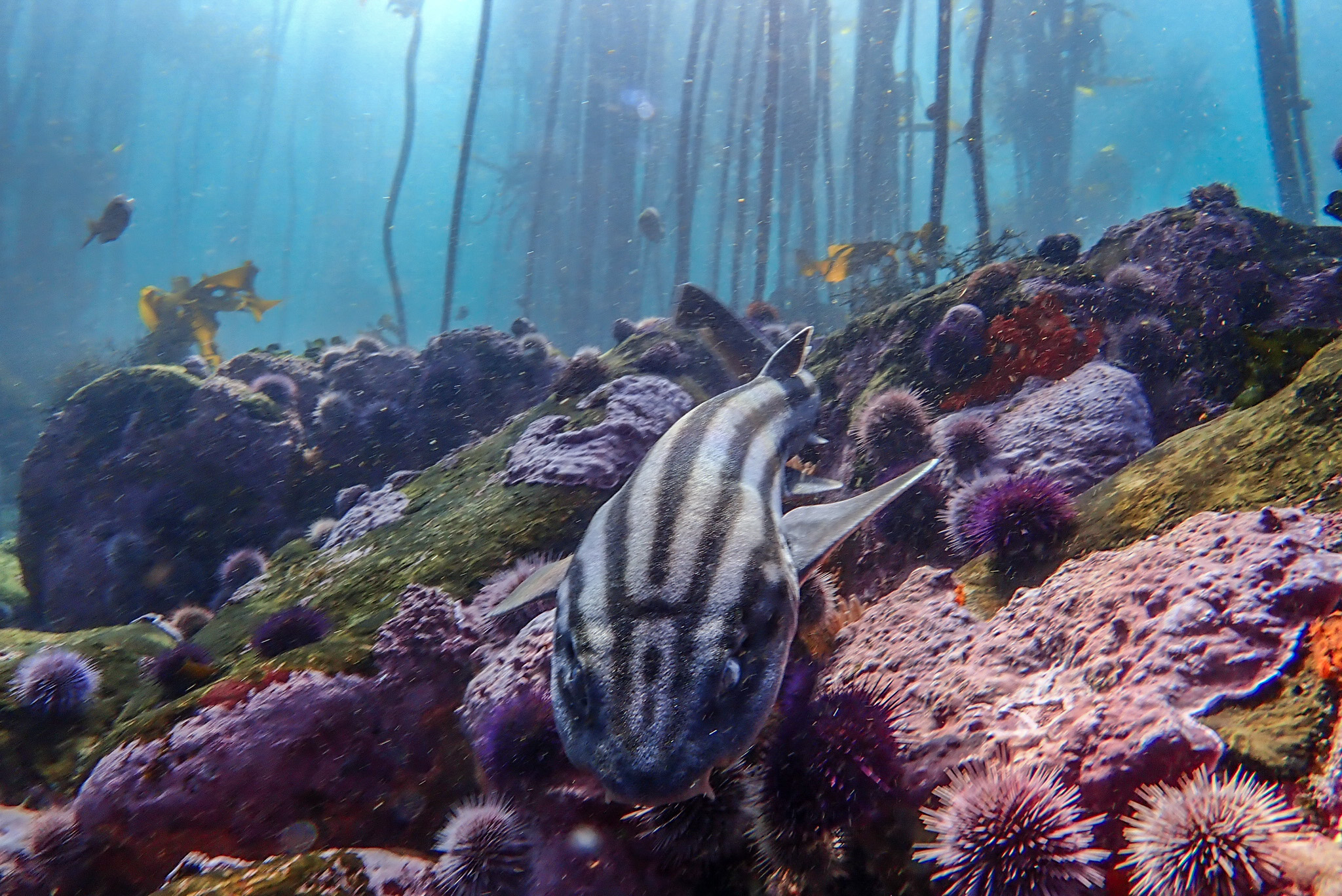 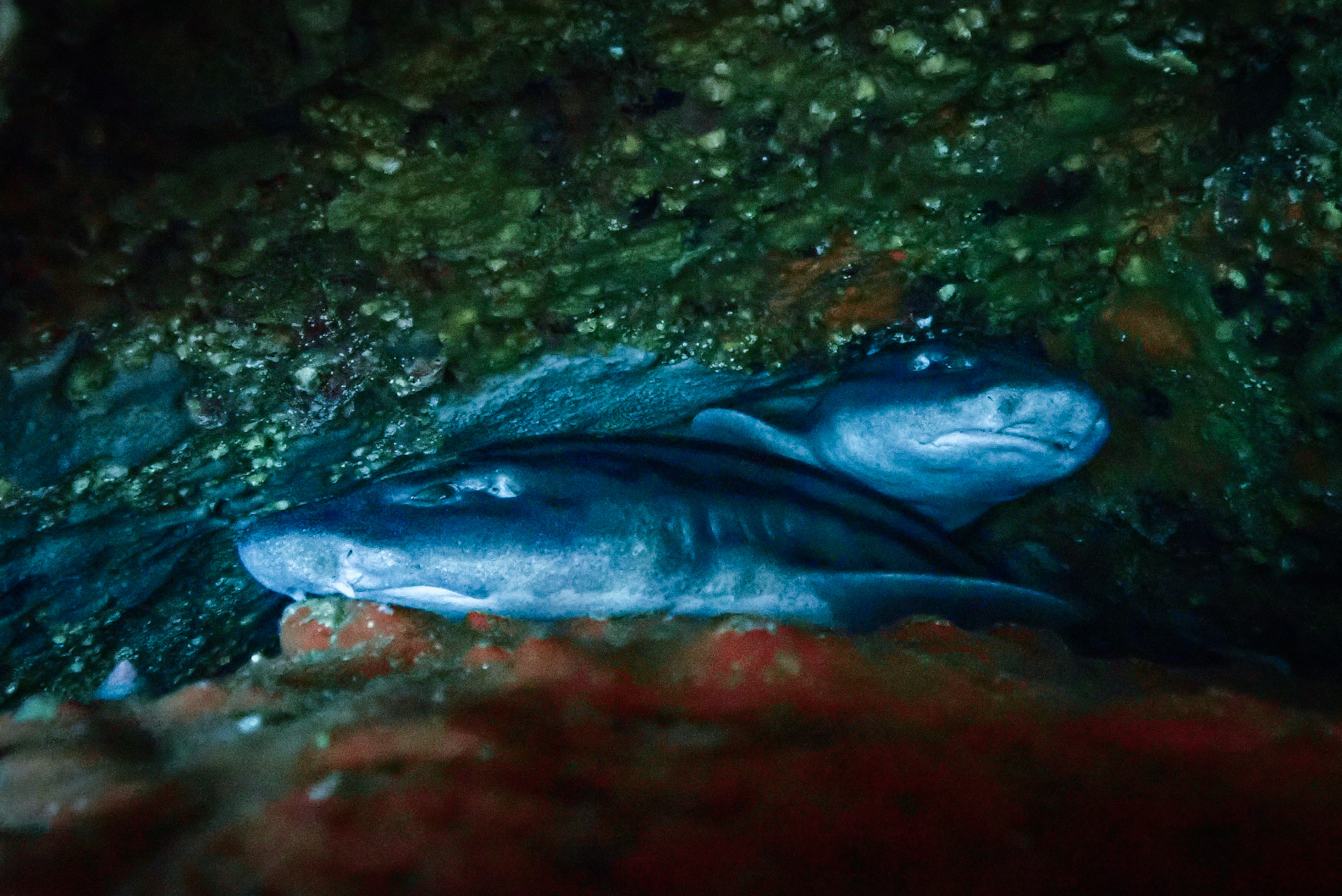 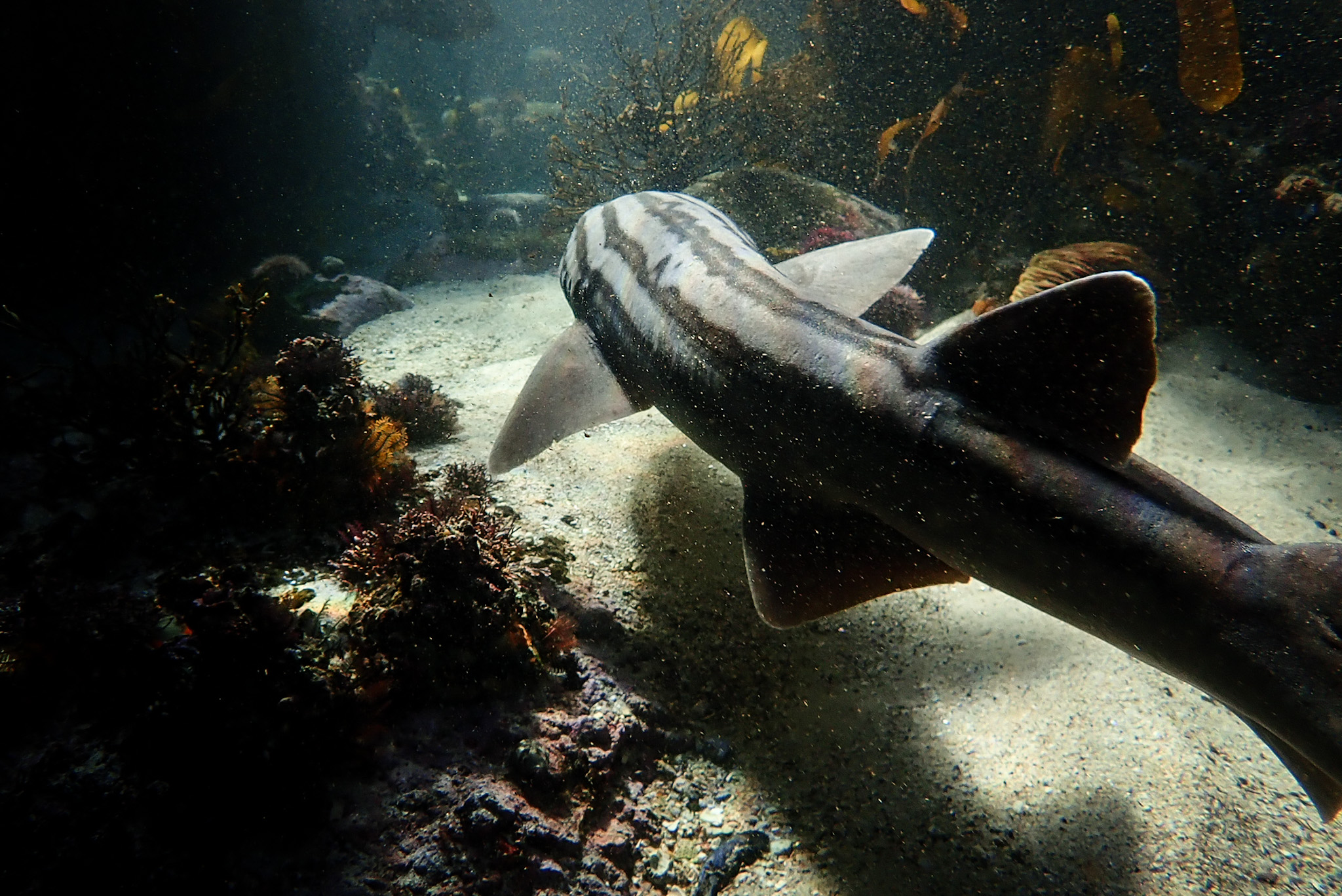 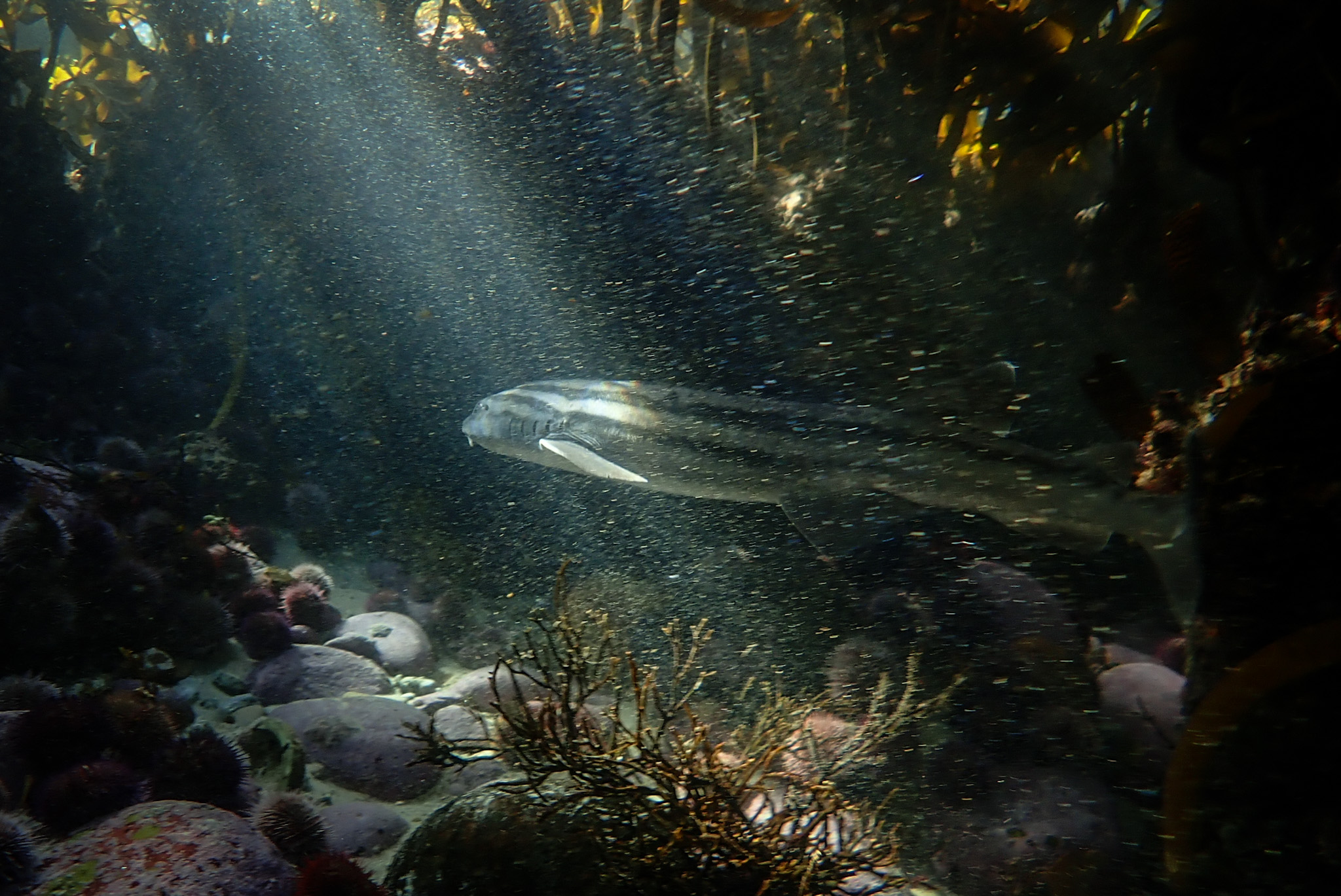 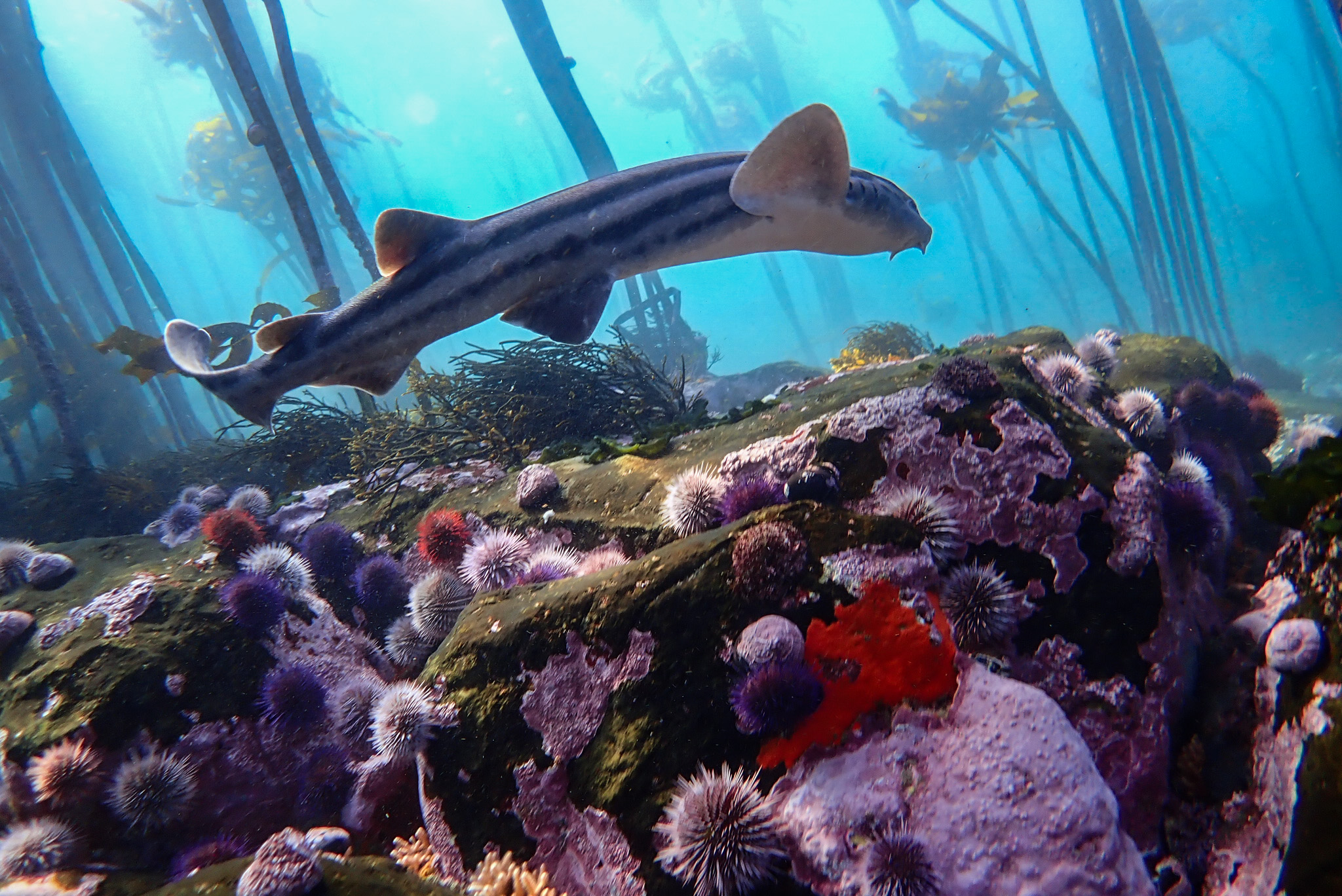 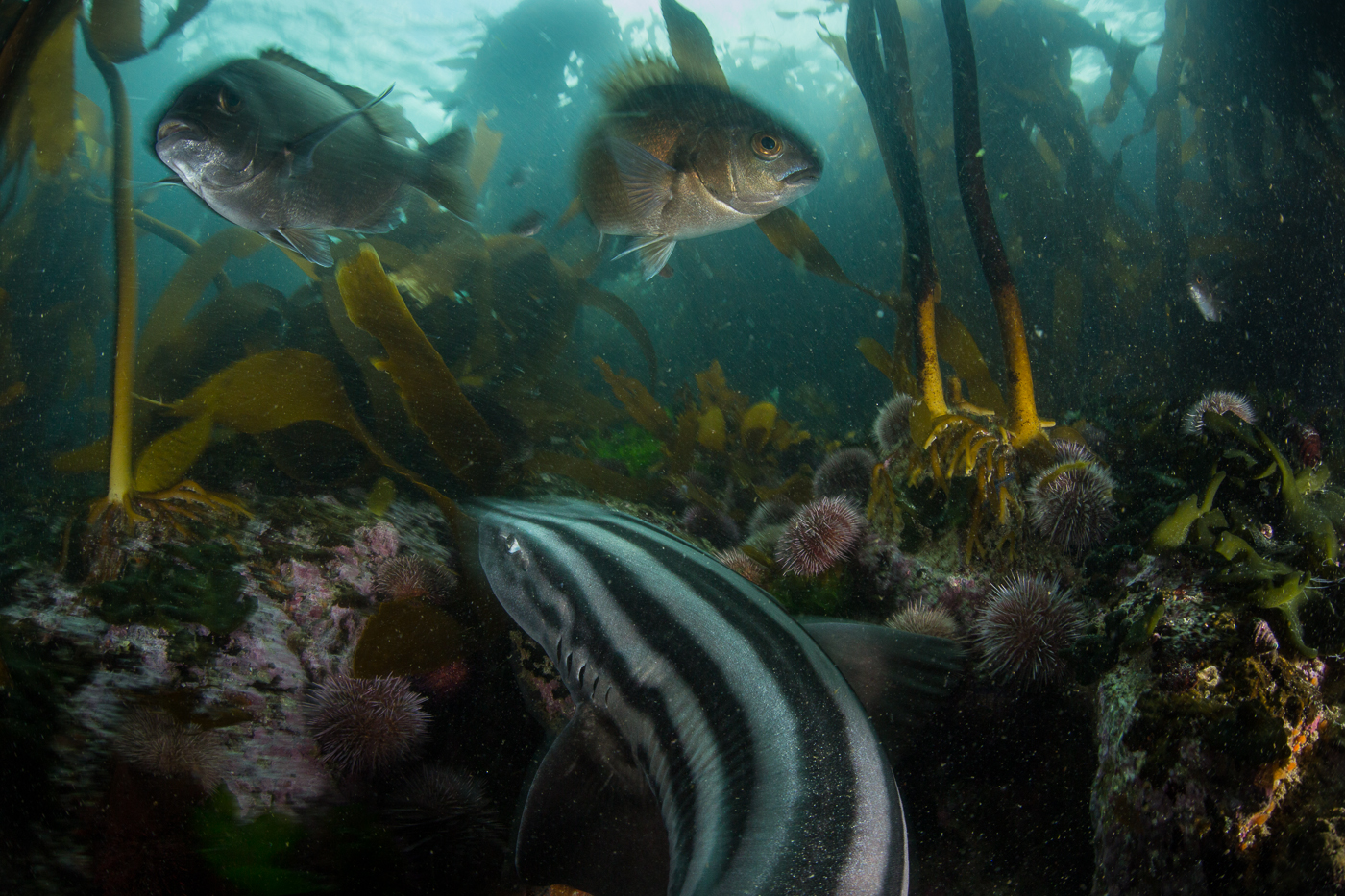