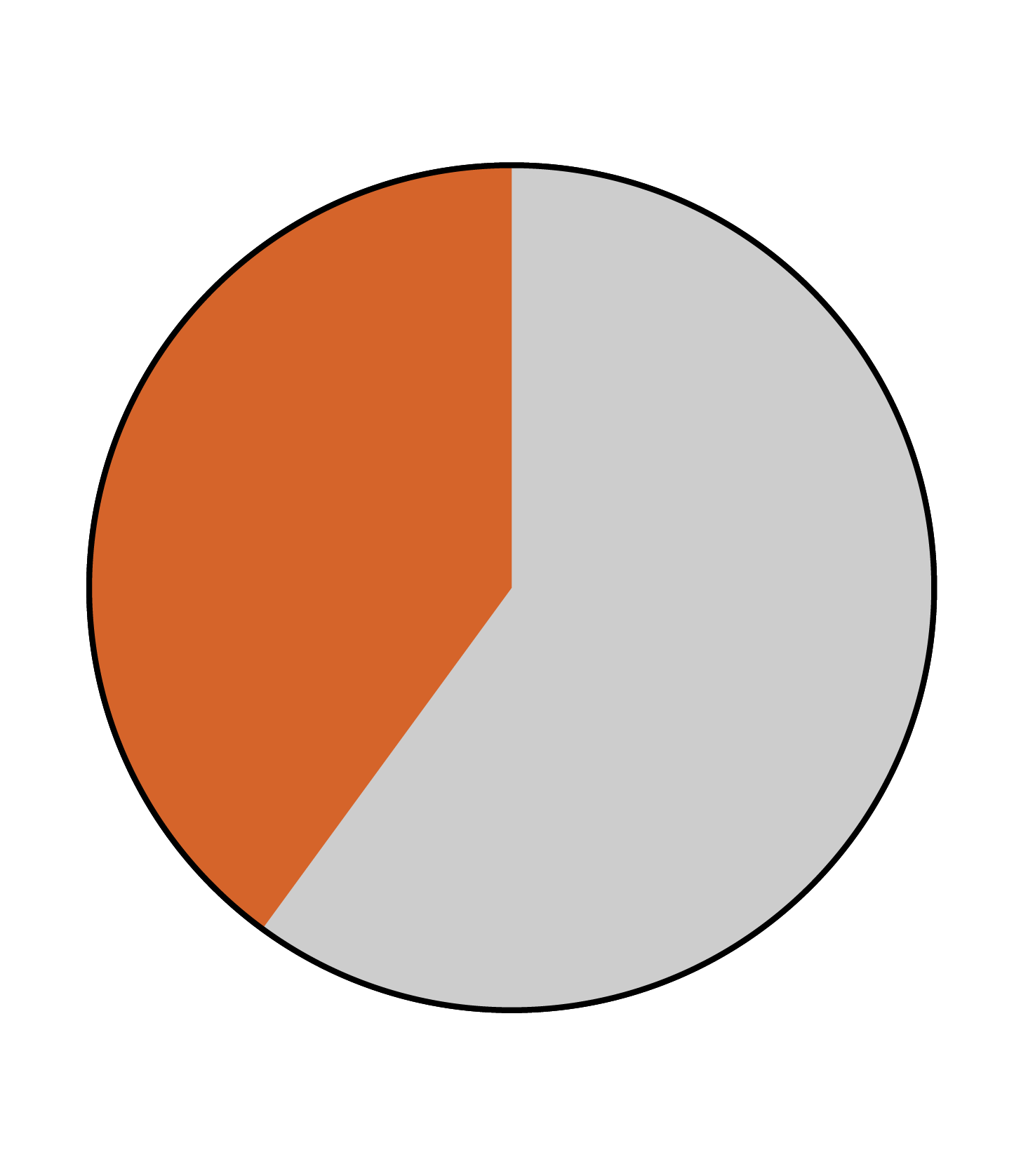 Giant manta rays are the largest of all rays and have the largest brains of all fish. They don’t have a barb like other ray species and can reach widths of 7 m. They are social and curious, and may even exhibit true self-awareness.

Only recently were giant and reef manta rays separated into different species based on genetic evidence. While both species are predominantly black and diamond-shaped, and have cephalic lobes (appendages either side of their mouth that help funnel water when feeding), the giant manta ray is recognisable through its size and colouration. Giant manta rays may reach up to 7 m, whereas reef manta rays rarely exceed 4 m. All manta rays have spots on their underbelly that can be used for individual identification, but in giant manta rays these are largely restricted to the belly with no spots under the wings, whereas reef manta rays can have them anywhere underneath (wings and belly). Manta rays also usually have pale grey ‘chevron’ shapes on their backs – in giant mantas these form a ‘T’ shape, whereas in reef mantas they form a ‘Y’ shape and are often less defined. Giant manta rays also have a noticeable lump at the base of their tail, which is a vestigial remnant of their spine.

Giant manta rays are very social and interactive, and have been recorded performing what appear to be graceful courtship dances, where they swim in synchronicity around one another. They are also highly curious, and will often approach and dance around scuba divers, or stop to hover above them, perhaps to experience the feeling of bubbles on their belly. There are even anecdotal reports that they recognise and prefer certain dive guides.

Giant manta rays are ovoviviparous, meaning they grow their embryos internally and nourish them from a yolk sack before giving birth to live, independent young. They have one of the slowest rates of reproduction of all sharks and rays, and may only reproduce every four years. Not maturing until 8 or more years of age, it means that a giant manta ray may only have 4–7 pups during its lifetime. Pups are born at around 1.4 m in width.

Giant manta rays can be found worldwide in tropical and temperate waters, from the surface to depths of at least 1,000 m.

As with the largest sharks, these largest rays feed only on tiny plankton and small fish. They will swim with their mouths wide open and their cephalic fins extended to funnel water through their mouths and over their gills, where their specialised gill rakers will filter out the plankton. In particularly productive plankton patches they can be seen performing barrel rolls while feeding in the same spot.

As with most sharks and rays, the greatest threat to giant manta rays is overfishing. They are widely caught in commercial and artisanal fisheries, and are particularly susceptible to purse-seine and gillnet fisheries. They are used for their meat and oil, but increasingly for their gill plates, especially in Asian markets where the gill plates are marketed as a traditional medicine despite not being present as a remedy in traditional literature. Their incredibly slow reproduction makes them vulnerable to rapid depletion from overfishing, exacerbating their exploitation and contributing to severe declines in their population (up to 79% worldwide, but over 95% in certain locations). Consequently, giant manta rays are listed as endangered by the IUCN, and have been listed on Appendix II of CITES to restrict their international trade.

Giant manta rays have a conflicted relationship with people, as they are both highly exploited for their products and highly revered for their majestic beauty. Demand continues to rise, especially for their gill plates, but increasingly there is also an appetite amongst tourists for encounters with them. In particular for scuba divers, experiences with giant manta rays often feel very personal due to the level of interaction they offer, and there are certain places where ecotourism operations thrive off them while providing alternative, more sustainable livelihoods. 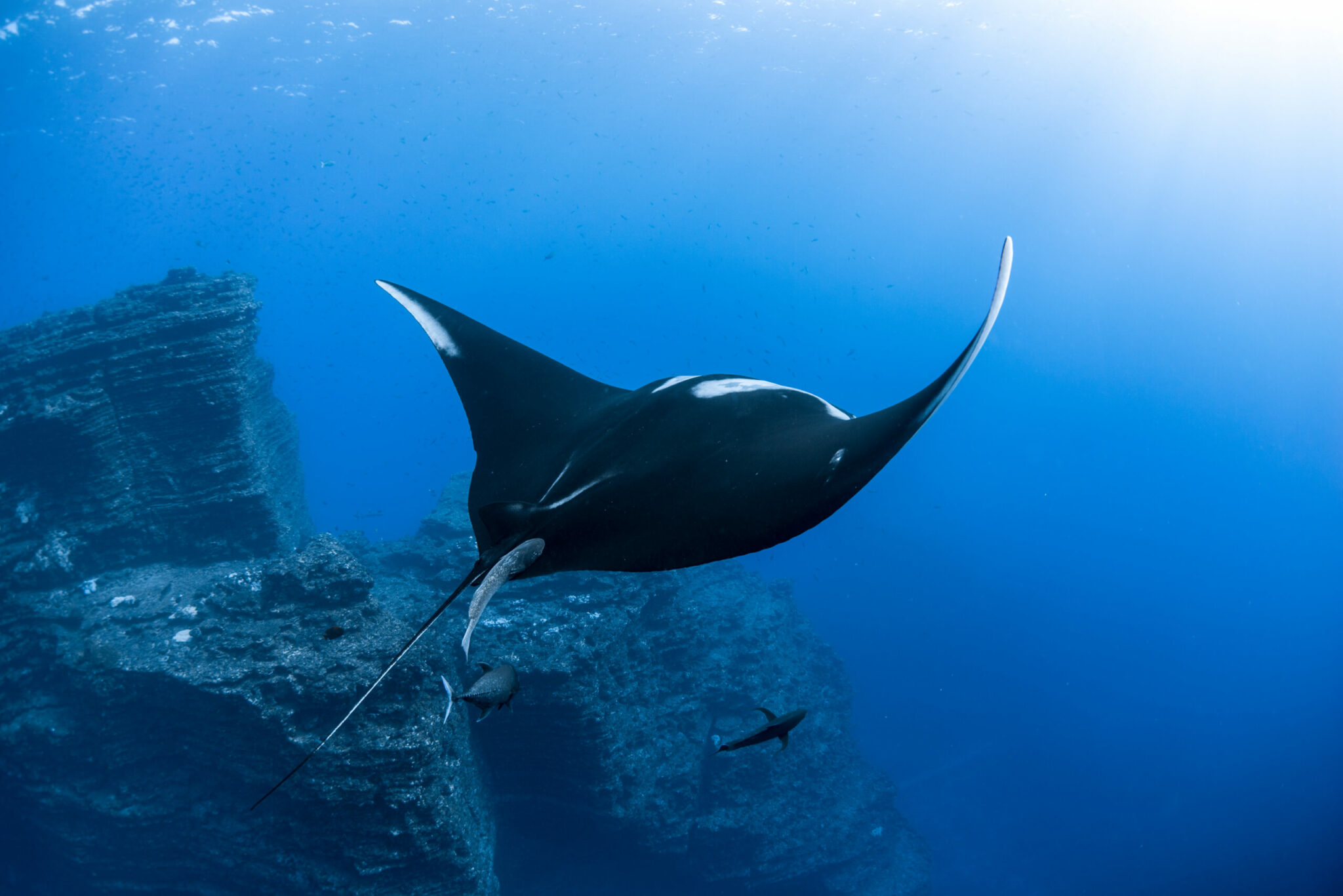 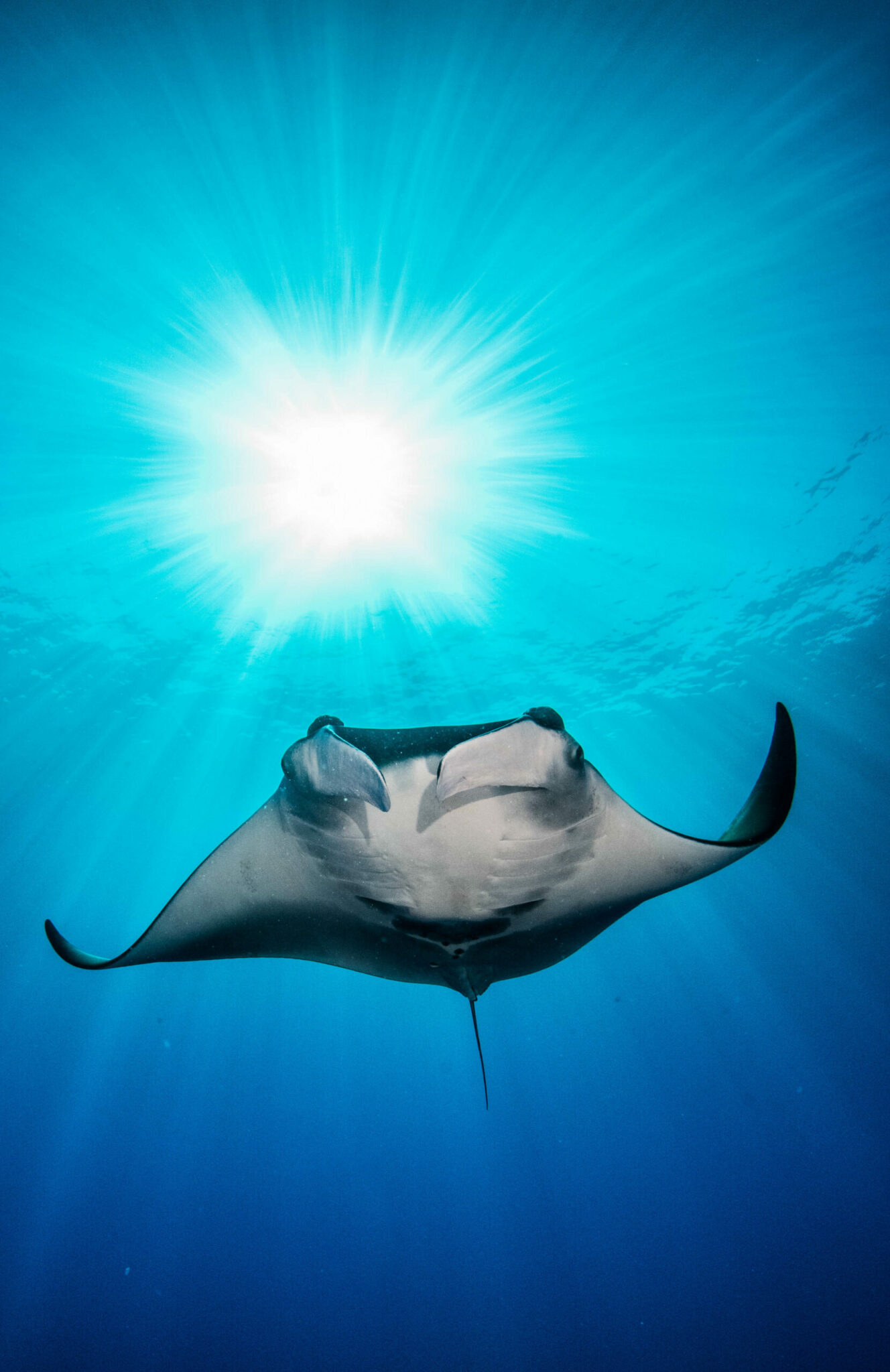 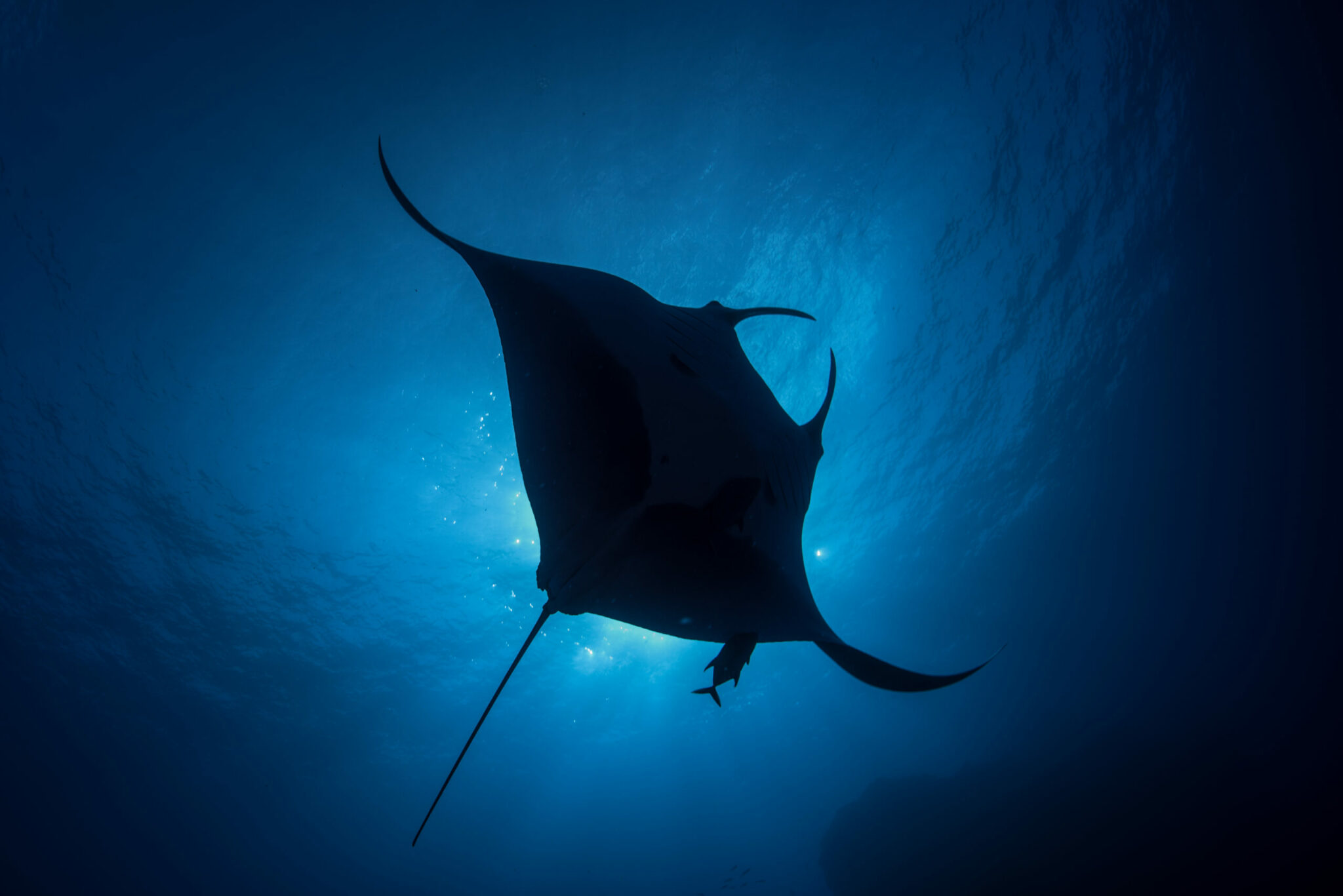 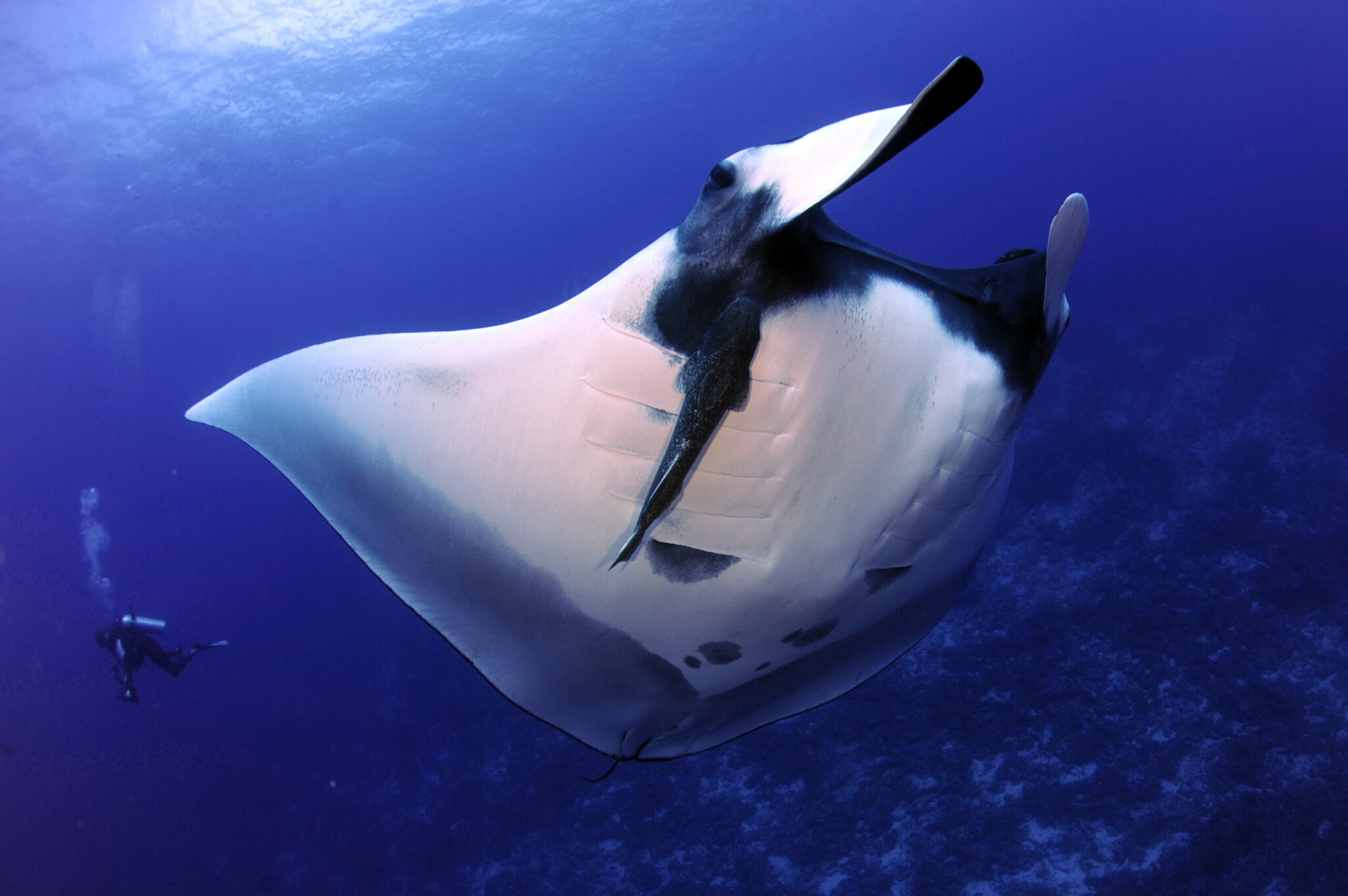 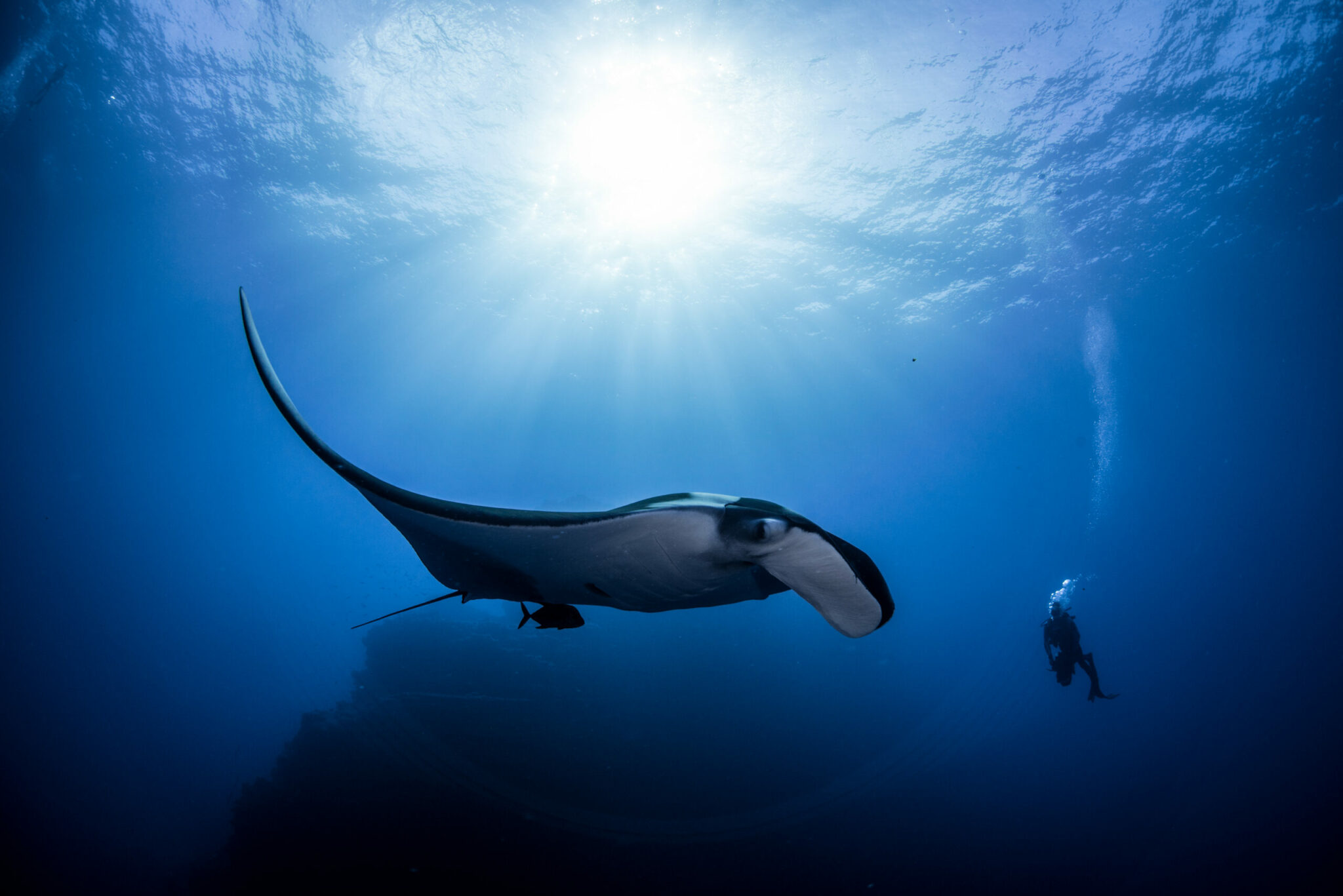 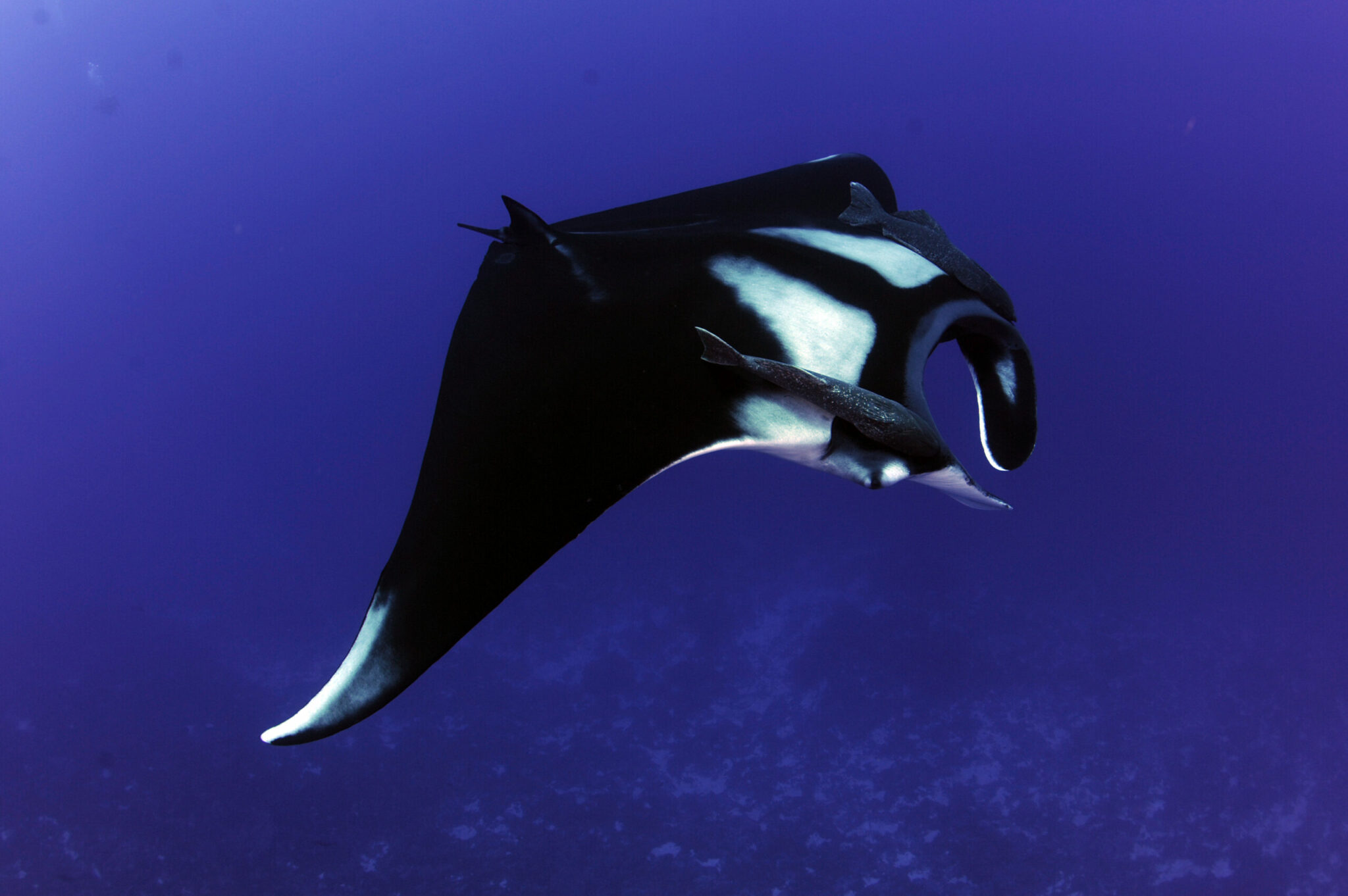 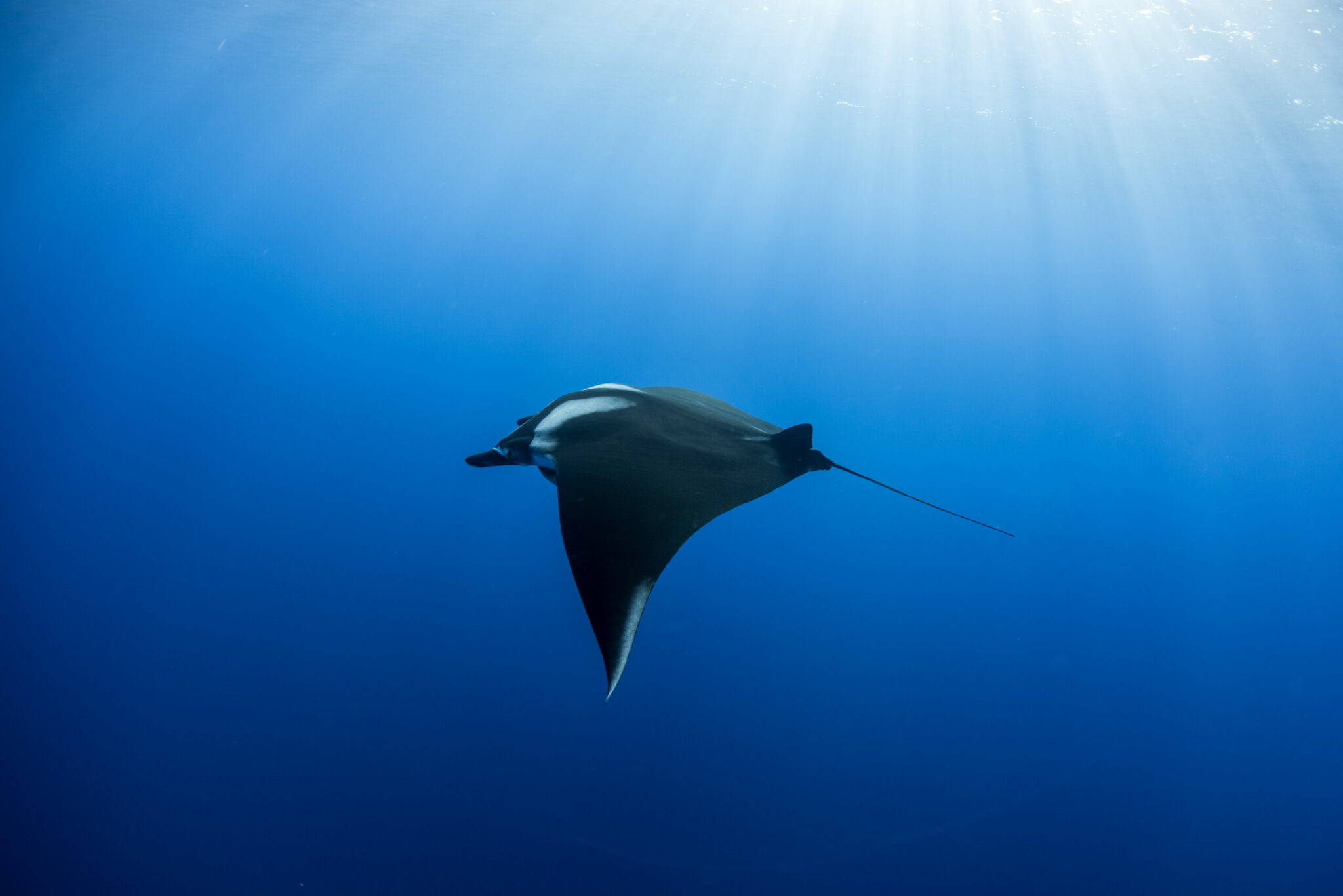