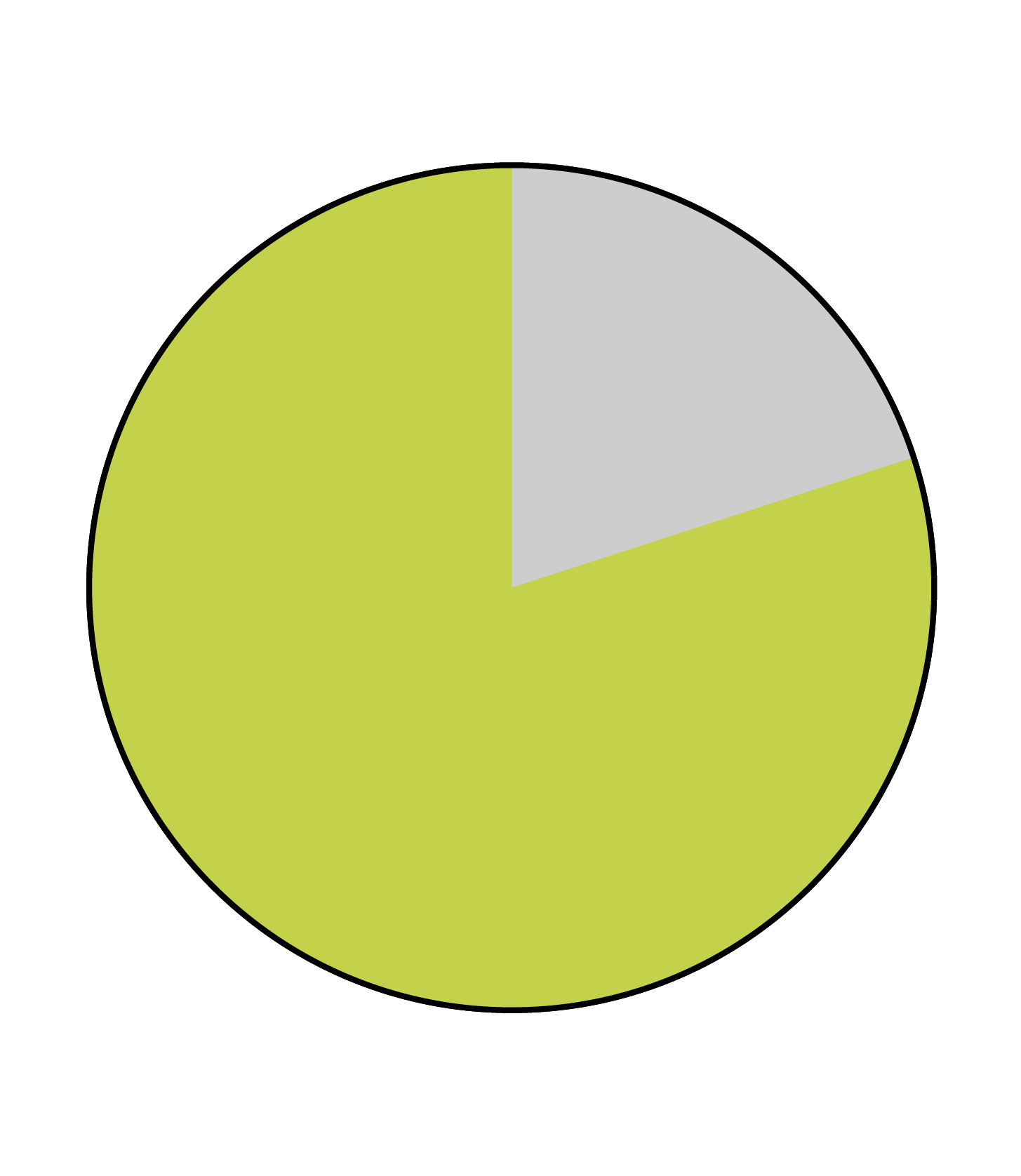 Blue sharks are ocean wanderers. They are found in all oceans performing large migrations and regularly diving deeper than 1,000 m. They are slender in shape, with iridescent blue skin. They are heavily exploited in high seas fisheries and are the most common species found in shark fin markets. Blue sharks have experienced declines of up to 80% in certain areas since the 1980s.

Blue sharks are a distinctive species, appearing long and slender in shape, with iridescent blue skin. Like other pelagic sharks, they have large pectoral fins that help provide additional lift. Their teeth are also distinctive, being curved and serrated.

Blue sharks are thought to be quite social, often being found in loose aggregations. They are also one of the few non-filter feeding sharks that have been observed feeding on krill.

Blue sharks are viviparous, nourishing their young in the uterus via a placenta before giving birth to live pups. In rare instances, litters as large as 135 pups have been recorded, but it is thought that 25–35 pups is more typical. They mature earlier than some other species, at 4–6 years of age. Gestation lasts 9–12 months, and pups are born at 0.35–0.5 m.

Blue sharks are a pelagic species that live in the open ocean, and are one of the most widely distributed of all shark species. They are found worldwide in all oceans, in both temperate and tropical waters. They usually inhabit areas off the edge of the continental shelf, and migrations follow major ocean currents. Juveniles use offshore nursery areas.

Blue sharks feed mainly on fish, squid and other cephalopods. They have also been known to eat other sharks, cetaceans such as whales and porpoises, and seabirds. Whale carcasses encountered offshore will often have large numbers of blue sharks feeding on them. They are also one of the only non-filter feeding sharks to be recorded feeding on krill.

Blue sharks are one of the most exploited shark species globally. They are the most common species in Asian shark fin markets, and have experienced severe population declines of up to 80% in some areas. They are caught as both target and bycatch in longline, purse seine and gillnet fisheries (especially those targeting tuna), with the majority of catches coming from the high seas. They are also targeted in recreational fisheries, and although post-release mortality is low they are frequently retained.

Blue sharks are highly sought after in global fisheries for their fins, meat, skin and liver oil. They represent a significant proportion of the global shark catch, and are the most common shark species in Asian fin markets. They are also attractive game fish. Altogether, this means blue sharks are experiencing severe declines, and have been listed as Near Threatened by the IUCN.

Like many pelagic sharks, they are highly curious and readily respond to bait, making them a good target for ecotourism operators. There are now a number of locations that target blue sharks for tourism, including South Africa, the Azores and the UK.

Although blue sharks rarely bite people, there are 13 confirmed incidents. 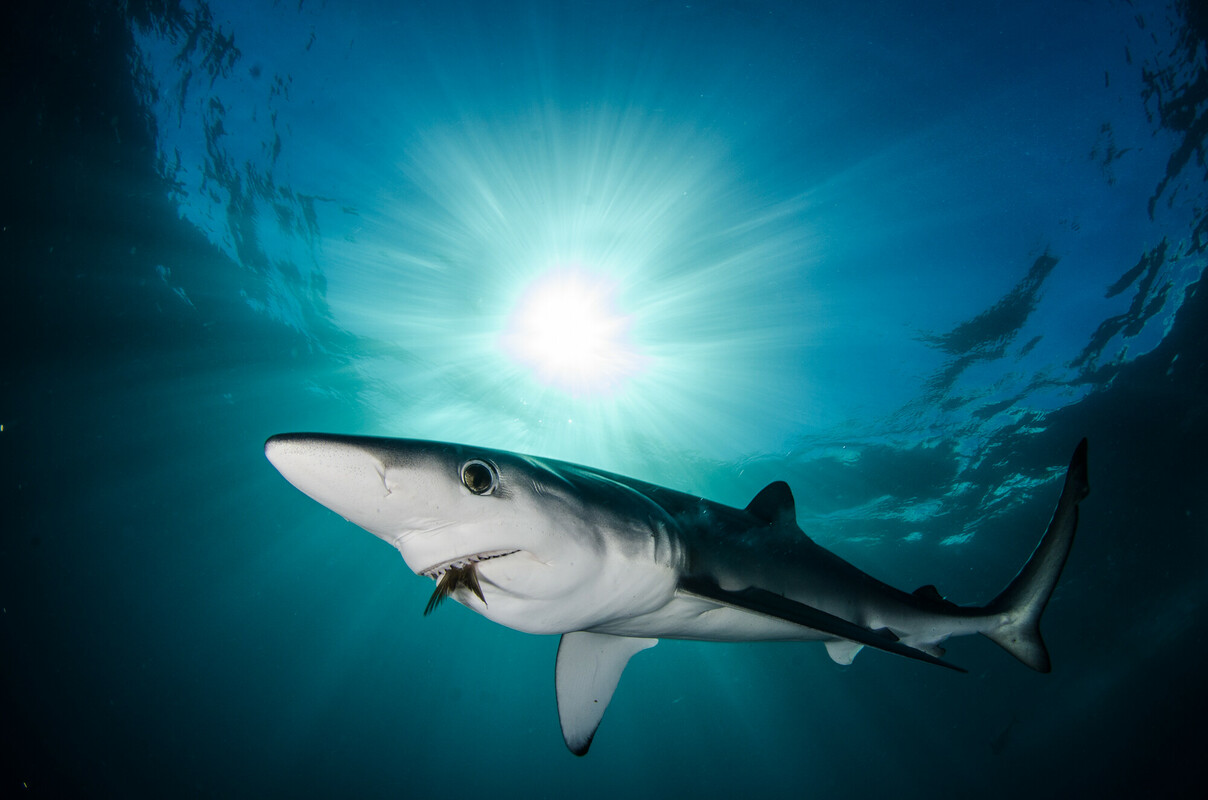 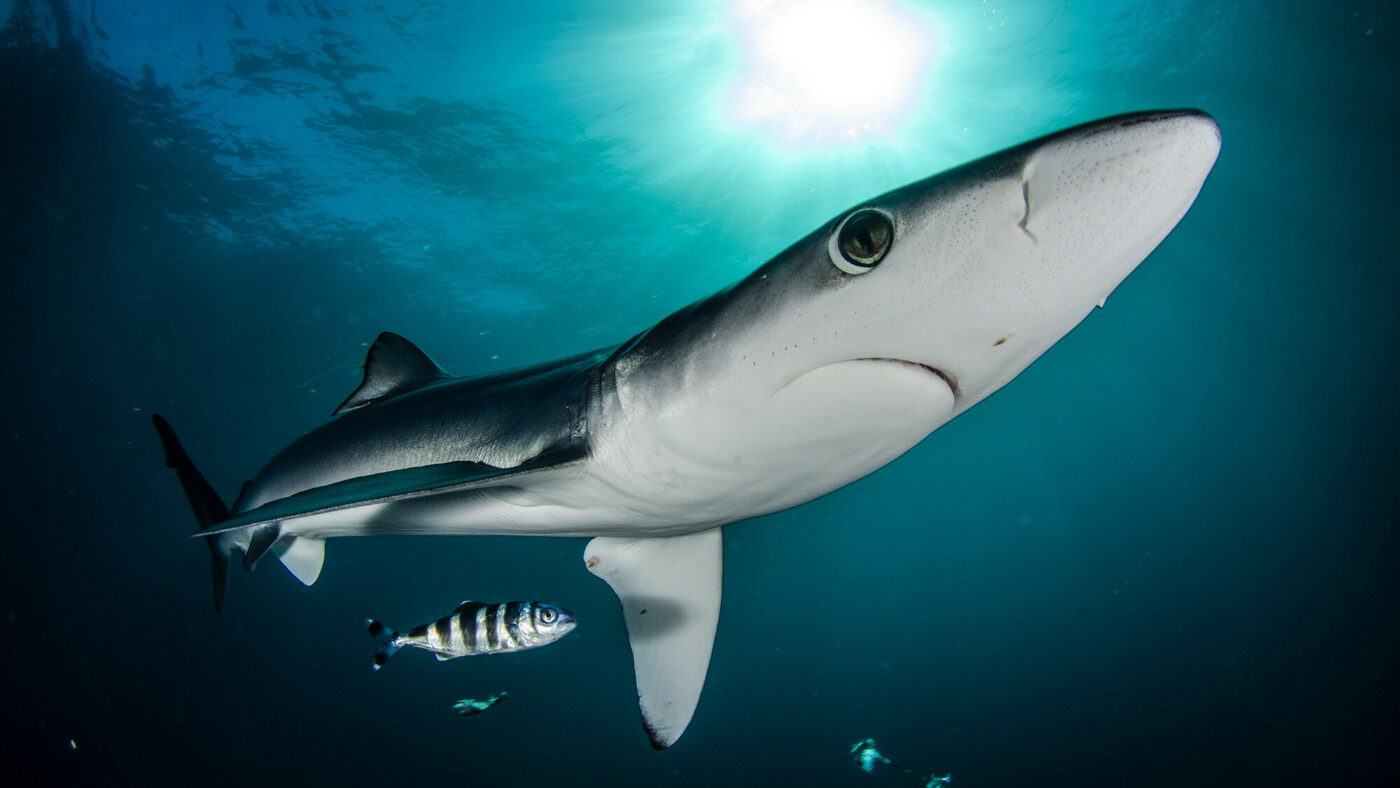