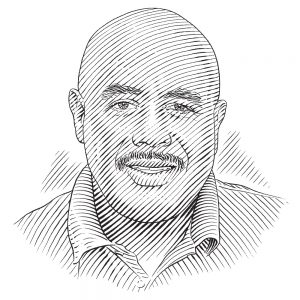 Before joining University of Seychelles in 2015 as a science laboratory technician and a field lecturer for BSc environmental science students, Terence Vel spent 16 years as a laboratory technician in various secondary schools. Twenty-one years ago he became a founder of Wildlife Clubs of Seychelles and during this time has managed the organisation’s projects and coordinated environmental programmes in 40 schools on Mahé, Praslin and La Digue. In 2000 he worked as a technician on a project called ‘Avian ecosystems in Seychelles’, which was funded by the Global Environment Facility and implemented by the former BirdLife Seychelles. The project involved two distinct phases: in the first, ecological research was carried out on a number of the Seychelles’ Inner Islands to investigate their biology and conservation potential; during the second, endemic Seychellois birds were translocated from certain islands to others that were more suitable. In 2008 Terence embarked on studies for a diploma in environmental education and social marketing at the University of Kent’s School of Anthropology and Conservation. This led him to The Darwin Initiative Rare Pride Campaign to work on a project called ‘Investing in island biodiversity: restoring the Seychelles paradise flycatcher’. The project was based on La Digue Island and aimed to translocate a small population of birds on Denis Island. Terence also conducts outreach programmes that focus on marine education for youth groups from the community.