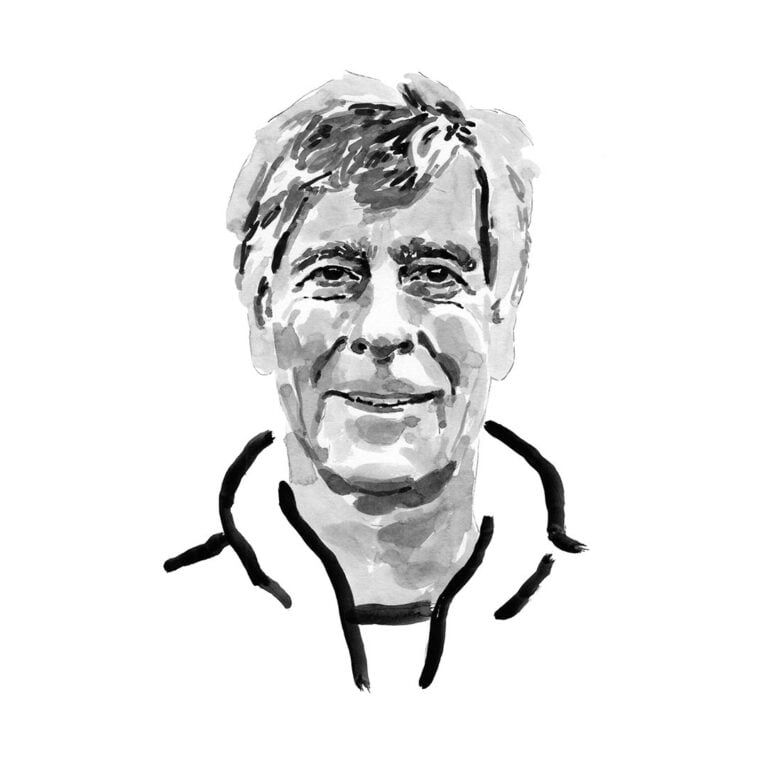 I am a businessman by current profession, although I trained as a biologist and have maintained several lines of research in parallel with my business activities. At university, I developed a keen interest in how some shark (notably the bull shark) and ray species can penetrate into fresh water. This led to a PhD study in West Africa to capture small sawfish that are found in the Casamance River in Senegal and in the River Gambia. The idea was to maintain them in captivity and then discover under controlled conditions how sawfish (a ray) can transition from sea to fresh water and back again. Some 40 years later I was told that sawfish in the region are likely to be extinct, so I returned to the Casamance and The Gambia, with SOSF funding, to search for them. The search continues and has thrown up some tantalising evidence that a possible handful still exist. After my PhD my interest shifted to coral reefs, working mainly on the reefs of the northern Arabian Gulf, and it developed towards the long-term changes in reefs and their fish communities. I established the Aldabra Marine Programme (AMP) in 1999 and from then until 2008 our group studied the recovery of the reefs in the southern Seychelles from a particularly strong 1998 coral bleaching event that was caused by warm water. Thirteen years later, the same group of marine biologists is still together and planning to continue the long-term monitoring of these remote reefs. Should we achieve our ambition, these very special and highly diverse reefs will have been surveyed over a 23-year period.

The coral reefs we work on are among the most southerly in the Seychelles, a group of islands in the Western Indian Ocean. Indeed they are closer to Madagascar, to the south, than to the capital of Seychelles, Mahé, in the north. The jewel in the crown is a vast open atoll called Aldabra, part of the Aldabra Group. The lagoon is so big that you could fit three Manhattan Islands into it. Back in the 1960s, under the threat of becoming a giant military base, it received instead complete protection due to the extraordinary uniqueness and diversity of its terrestrial and marine fauna. Now it is a UNESCO World Heritage Site and houses a small group of local and visiting scientists. Close by is another extraordinary island, Assomption, which was made famous by the early exploits of Jacques Cousteau. Its northern reef has also received our attention over the years. The water clarity here is generally exceptional and the density of some of the schooling fish makes you feel as if you are surrounded by moving wall paper! To the east is another smaller atoll, Astove. The reef around this island is differently structured, having a sheer cliff-face of coral that descends to the depths on its western side and is punctured by shallow caves and sand-filled ledges. Further to the east, and now in the Farquhar Group of the Seychelles islands, is the final coral reef of our study, a small, flat rock called St Pierre. Like Assomption, it was once exploited for its guano reserves, which were used as fertiliser. Now it lies abandoned and its reef has an extraordinarily diverse population of fish. In 2008 we discovered the reef almost totally destroyed by a cyclone. We wait to see how it has recovered.

We conduct our expeditions from a dive boat, which is the only way to access the remote locations where we work and is the most flexible way to operate. The journey from Mahé to the islands takes about two days, each way, so time is precious. We have a minimum of 11 survey sites to cover between the four islands and a maximum of 17. Each site is marked by two permanent lines laid between metal stakes, at depths of 10 metres (33 feet) and 20 metres respectively. One diver’s job is to run a camera along each line, very slowly, to get a high definition video of the corals and sea bottom along the line. This will later be analysed using a standard sampling method. Then two other divers count all the fish along each line, from the bottom and all the way to the surface. One diver counts on one side of the line, the other on the other side. All the fish are recorded on underwater paper. On surfacing, the divers immediately turn their underwater short-hand into the species’ names, checking size and numbers. These counts will later be entered into a database for analysis. All of this takes most of the day and an additional dive will be needed to carry out any maintenance required to the stakes or the lines and to retrieve and redeploy underwater thermometers that take the water temperature continuously every hour. They can be left in situ for several years, but we download the data and change them every time we return to each site. Should time permit, at the end of the day we move to the next site, find the lines and set up a buoy for the following day’s work. At times it seems relentless, but it’s very satisfying!

Nigel is forging ahead with what he hopes may become a 23-year-long survey of the recovery of Seychelles’ southernmost reefs. In 1999, he established the Aldabra Marine Programme (AMP) and studied the reefs until 2008, tracking their recovery after a strong coral bleaching event in 1998. Now, after a 13-year-long hiatus, he is covering survey sites between four key islands and reef systems: Aldabra, Assumption, Astove and St Pierre. Divers use videos to record the corals and seafloor condition, while others survey fish species that are recorded in a database for analysis.